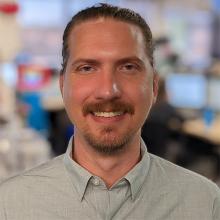 Ben Giles is a senior editor at KJZZ. He was previously a senior field correspondent specializing in political coverage. Before that, Ben spent six years as a reporter at the Arizona Capitol Times, where he covered the Arizona state Senate, the Governor’s Office, and state and federal elections.

Giles came to Arizona by way of Washington, D.C., where he reported on the Maryland Legislature, crime and various news beats in the metro region for the Washington Examiner.

Giles lives in Phoenix with his wife and two dogs, Doris and Jules. In his free time, he’s probably chipping away at a never-ending list of home improvement projects.