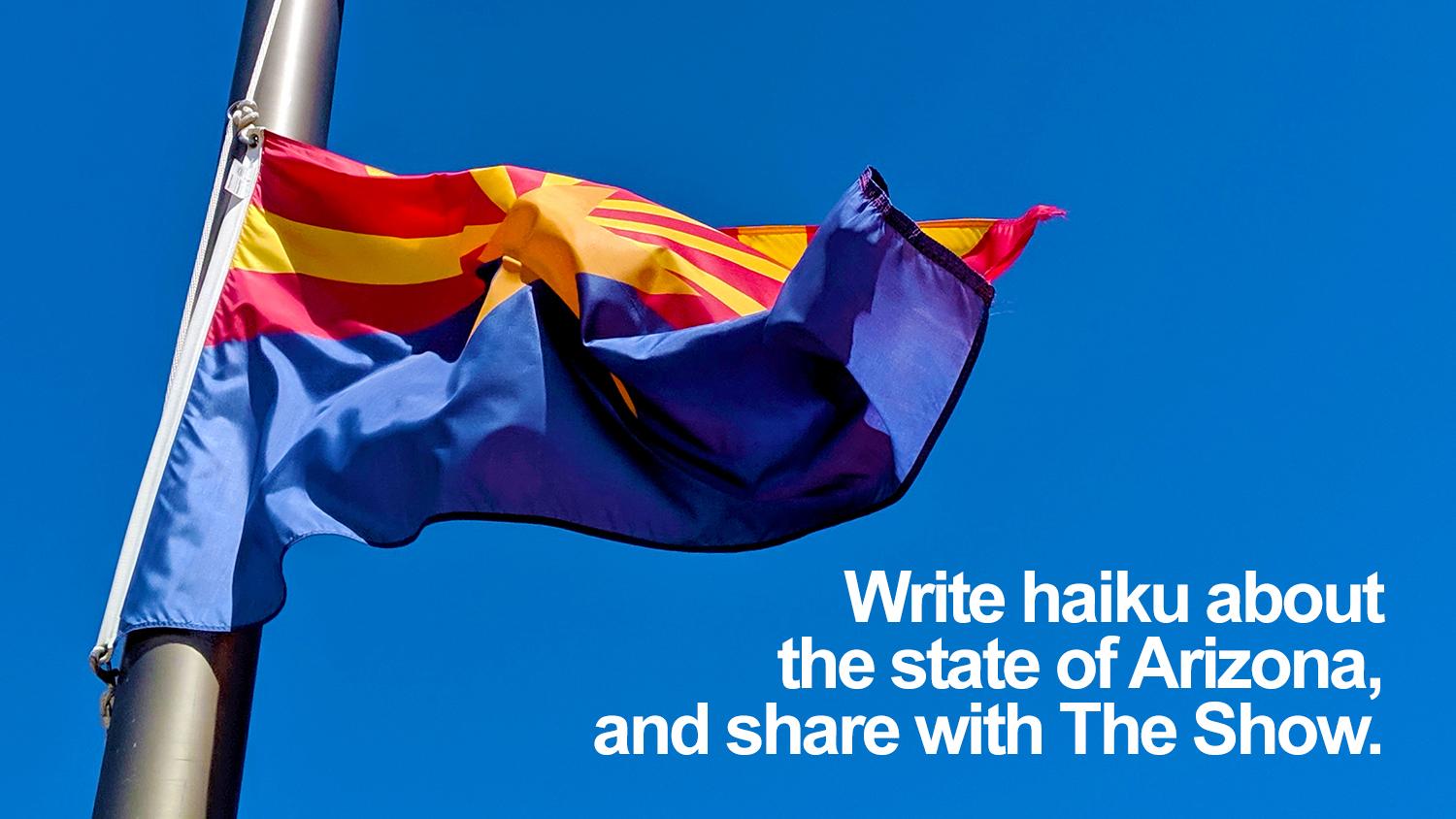 February is National Haiku Writing Month — and The Show wants your haiku again this year!

This year's theme: The state of Arizona.

Submit your haiku below or leave us a voice memo on KJZZ's mobile app (select Open Mic from the drop-down menu).

Your haiku may be read on air or featured on Word, the KJZZ podcast that focuses on the literary arts in Arizona and the region.

Thank you to everyone who submitted poems during the 2020 contest.

Tom Maxedon interviewed winner Kayden Lockwood on The Show on Friday. Kayden's poem was randomly selected from more than 450 entrants.

Thank you to everyone who submitted poems for KJZZ's annual haiku writing contest! pic.twitter.com/HEbrQDjS2u