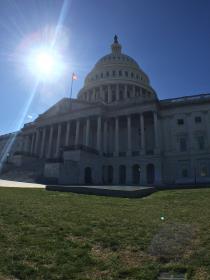 The resolution passed along party lines (229-191) and means individual members of the House may sue the attorney general and the former White House counsel for contempt in court.

If a judge agrees, a ruling would force them to appear before congressional committees investigating the Trump administration.

Arizona’s congressional delegation was split on the resolution.

Republican Debbie Lesko voted no, saying it was mere grandstanding. “All it does—it’s for headlines. It’s to influence the presidential election in 2020 at taxpayer expense. That’s all this is,” Lesko said.

But Democrat Greg Stanton said he voted in favor of the measure to uphold legal principles. “When you have a legally authorized subpoena, it’s not optional. It has to be followed and that’s what today’s vote represents,” Stanton said.

While contempt of Congress is a criminal offense that gives the body the power to arrest, Congress has a long-standing precedent of referring such cases to the U.S. Justice Department, which is currently led by Barr.