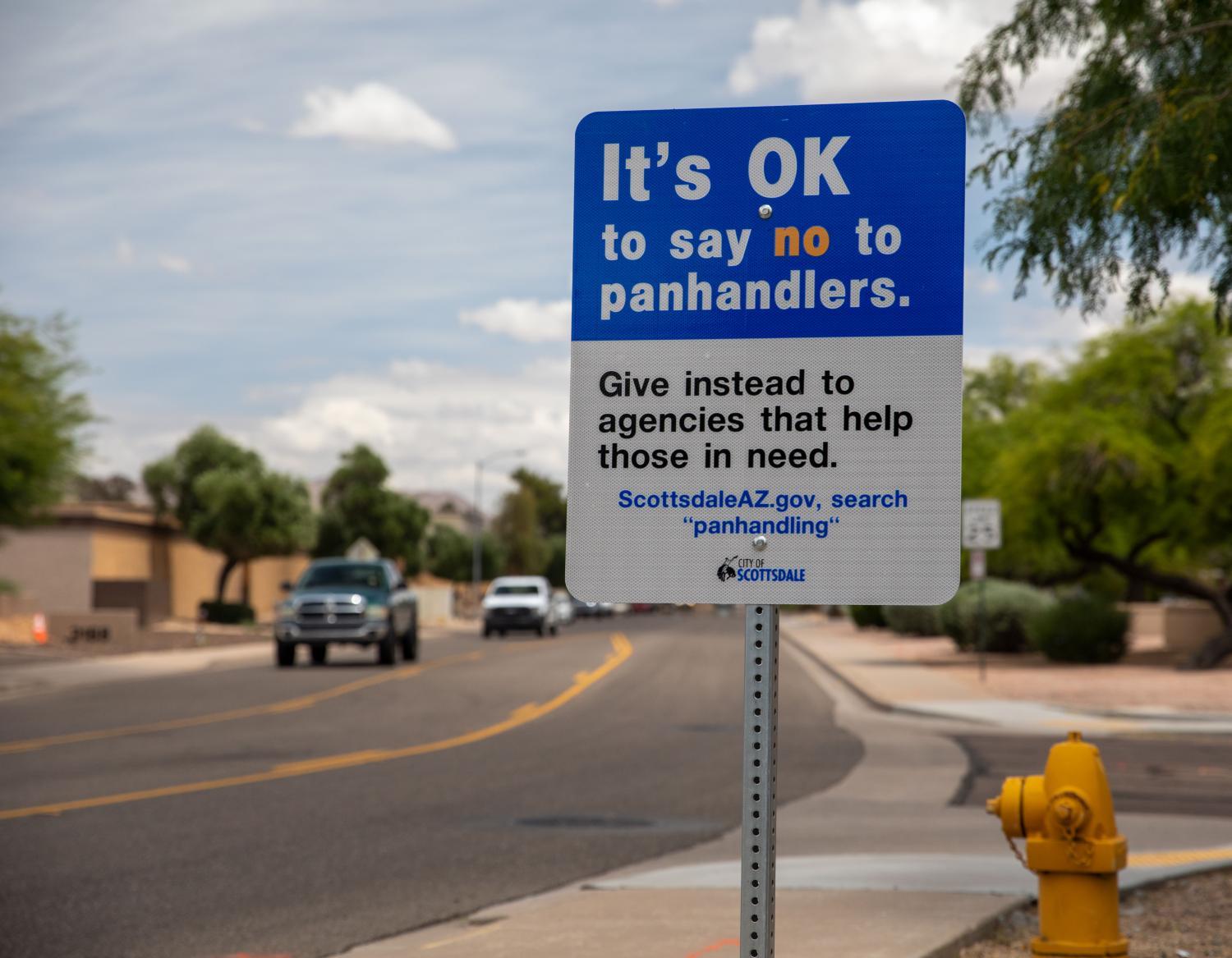 Five intersections around Scottsdale — including in Old Town and as far north as Frank Lloyd Wright Boulevard — are now sporting temporary signs. The message is brief and to the point: "It’s OK to say no to panhandlers."

Below that line is information on where those in need can find assistance on the city’s website and a list of aid organizations. It’s a new step for Scottsdale, but one that the city’s Public Affairs Director Kelly Corsette said was given serious consideration and thought before being implemented.

But what brought this about? Scottsdale is an extremely popular destination for tourists, but there is a summer slowdown with temperatures hitting 100 degrees.

To learn more about this initiative and whether the city's homeless population has increased, The Show spoke with Greg Bestgen, Scottsdale’s human services director.