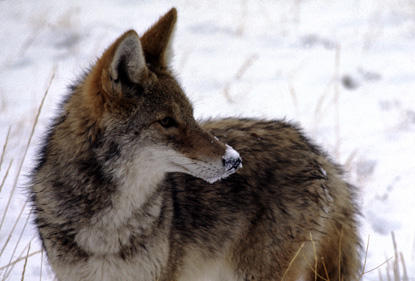 Some people call it barbaric. Others say it’s their right. Coyote killing contests, as they’re called, are a hot topic of debate in Arizona.

The contests reward hunters who can kill the most, or the largest or, sometimes, the smallest animals in a set amount of time. Sometimes it’s coyotes, other times, bobcats, foxes or mountain lions.

The contests have raised ire from many in recent years, and many states and jurisdictions have passed bans on the practice, or resolutions against them.

Now, the Arizona Game and Fish Commission has proposed a rule that would ban contests like these.

But while opponents say this is indiscriminate killing that has to be stopped, some hunters worry this is just the toe in the door and marks the beginning of a full-on assault on their hunting rights.

Nicole Shores is with the group Call-in the Country. She and her husband organize some of these killing contests. She said she’s not against regulation, but she doesn’t agree with the rule as it’s written. She joined The Show to explain her position.

Kurt Davis is a longtime Game and Fish Commissioner and a hunter himself said he understands both sides of this debate. But, to him, it’s about ethics. The Show also spoke to him about the potential ban.

The Arizona Game and Fish Commission is set to make their decision about the rule banning killing contests this month.