Could 'Game Of Thrones' Be The Last Show Everyone Talks About? 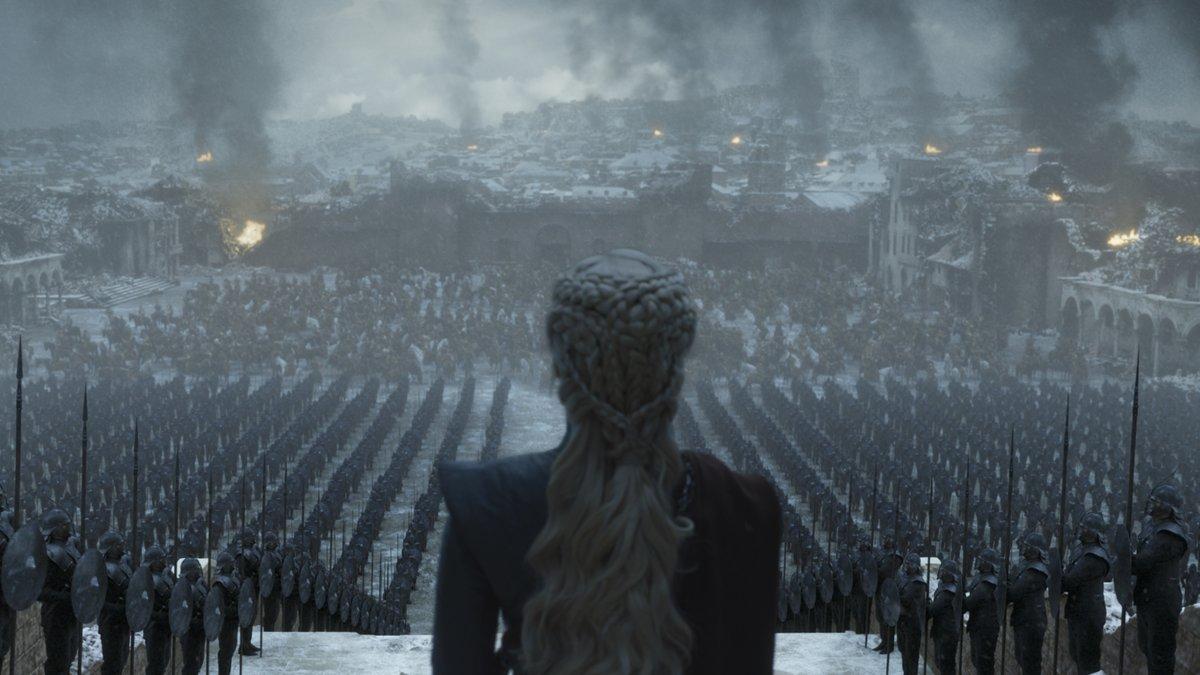 HBO
Emilia Clarke as Daenerys in Season 8 of 'Game of Thrones.'

MARK BRODIE: Alright so, Steve, I think that this might be true.  That you and I are the only people on planet Earth who don’t watch "Game of Thrones."

STEVE GOLDSTEIN: Mark, I think that's right, although sometimes on weekends we dress up like the characters. Let's just let the curtain down a little bit.

BRODIE: I didn't think we were supposed to tell people that. We talked about that. The beloved show is coming to an end on Sunday. Its fans don’t mess around. "Game of Thrones" has become almost like a sporting event: 6 p.m. Sunday night? People are watching. Intensely.

GOLDSTEIN: So we talked to Chris Ryan, editorial director and host of The Watch, a television podcast at the Ringer, about how the show takes hold of Sunday nights.

CHRIS RYAN: I think that the idea of if you miss Sunday night that you could be at the back of a line for a conversation talking about "I can’t believe we found out this" or  "I can't believe this character died," and all those almost soap operatic twists that are baked into the story. It really makes it appointment viewing in a way where there really isn’t anything like it today.

BRODIE: He says that Twitter, of course, doesn’t really help, and that if you’re a fan who can’t watch when it airs, you basically have to stay off social media to avoid spoilers.

GOLDSTEIN: Series finales like this don’t come around very often. Ryan mentioned shows like Lost and The Sopranos that took over America — everyone wanted to know how they ended, even if it wasn’t a genre they typically watched. That’s what’s happening, he says, with a show featuring dragons and magic.

RYAN: When something crosses a certain line in the popular consciousness and just becomes ubiquitous where I think that even if you’re not normally a fantasy story fan, there’s something in it that’s drawn us in.

BRODIE: A show becoming a cultural phenomenon like this is hard to predict in the beginning, but Ryan believes that it’ll be difficult for another TV show to make the whole country watch, not due to storytelling and rarity, but more because of how we watch television.

RYAN: There will always be something of a campfire to popular culture. I just wonder whether or not there are gonna be like 35 different campfires, and it’ll all get broken up a little bit. It’s hard to imagine another cultural moment like this just with all the changes in the way we’re consuming media.

GOLDSTEIN: Fortunately, "Game of Thrones" will forever be available on HBO in case I ever wanted to start watching it.

GOLDSTEIN: Yeah, I missed that episode where Kramer fights a dragon.