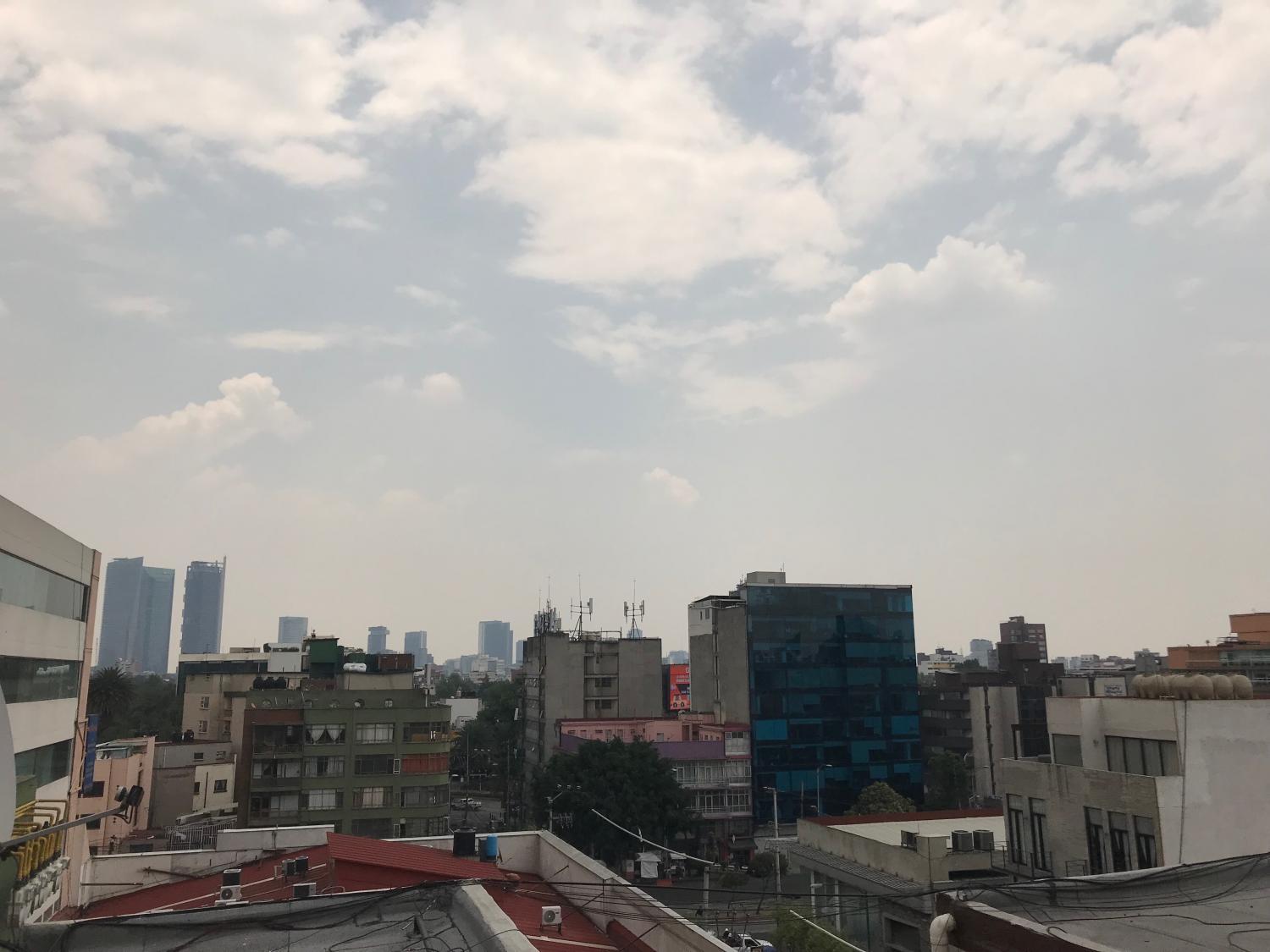 Jorge Valencia/KJZZ
A view of the air pollution in Mexico city on May 17, 2019.

In Mexico’s capital, the local government cancelled schools and ordered thousands of cars off the street for the second straight day Friday due to a sharp rise in air pollution this week.

A smoky haze has been hovering over the city after a rash of wildfires burned in the city’s periphery. 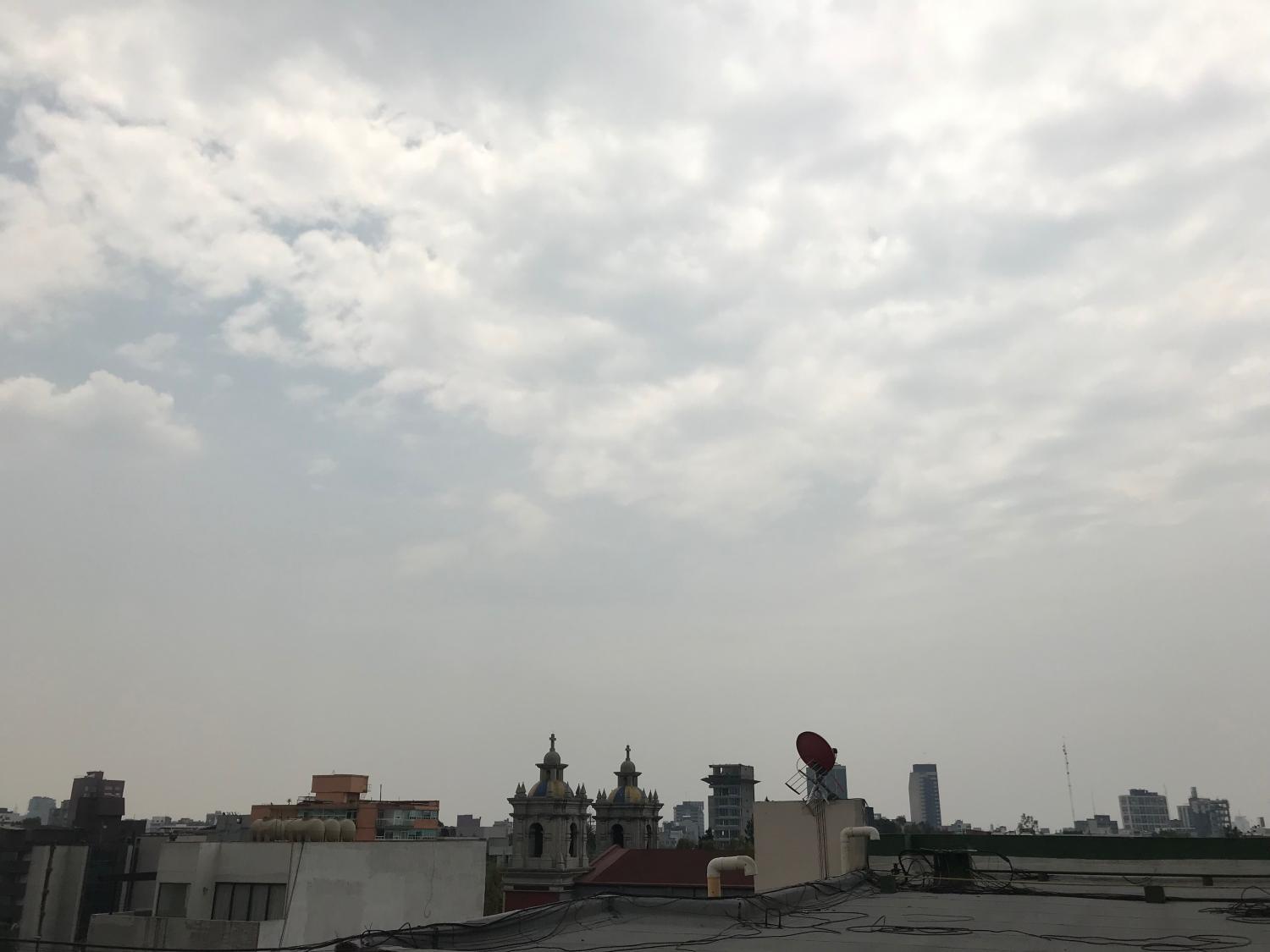 Jorge Valencia/KJZZ
A view of the air pollution in Mexico city on May 17, 2019.

It affects the more than 22 million people who live in the metro area. According to local officials, pollutants have reached a level six times higher than advised by the World Health Organization.

Among emergency measures, some public works projects have been put on hold, and the semifinal of the national soccer league was moved to another city. Environmental activists are demanding further action from government. 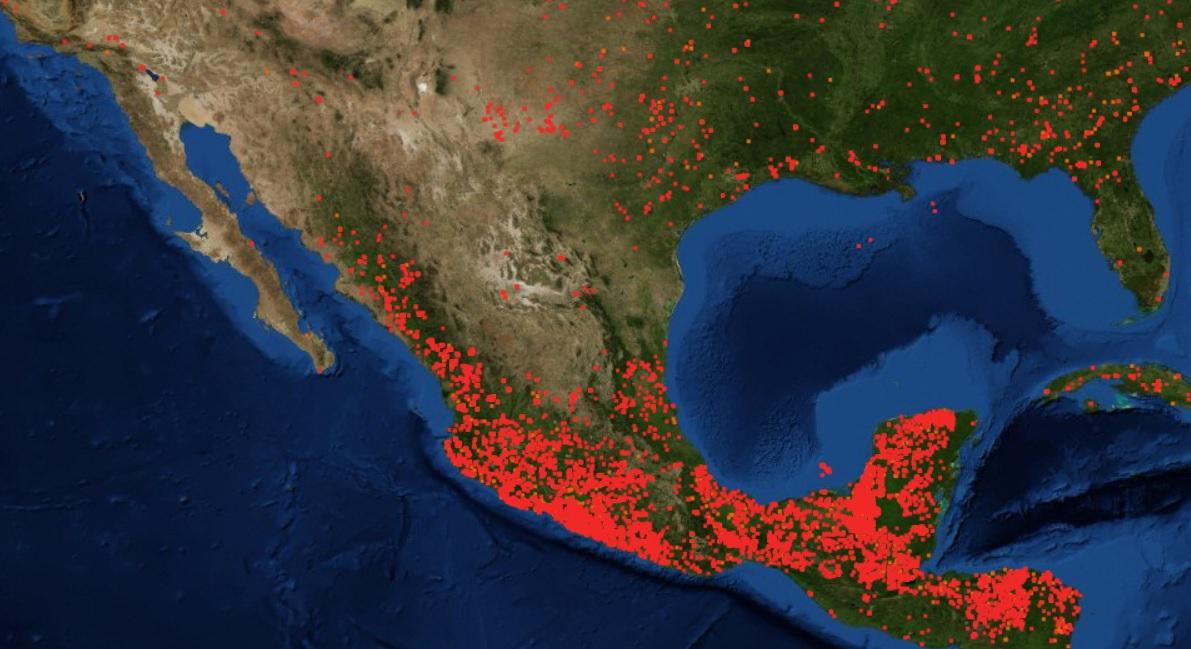 NASA
Red dots represent severe fires, which are intense in Mexico's south and in most parts of Central America.