Phoenix ranks third worst among U.S. cities grappling with retirement system shortfalls. That's according The Pew Research Center, which just released updated information on 33 U.S. cities out of 61 it tracks.

Results of the new measures show a 64 percent increase in overall pension debt in those metro areas, increasing from $89 billion in 2009 to $147 billion in 2015, from just after the Great Recession to data several years into the recovery.

Phoenix was in the updated measure and ranks third for cities with the most extreme drops in pension amounts, with a 22 percent decline. Phoenix also reported the fourth-largest percentage increase in pension liabilities. 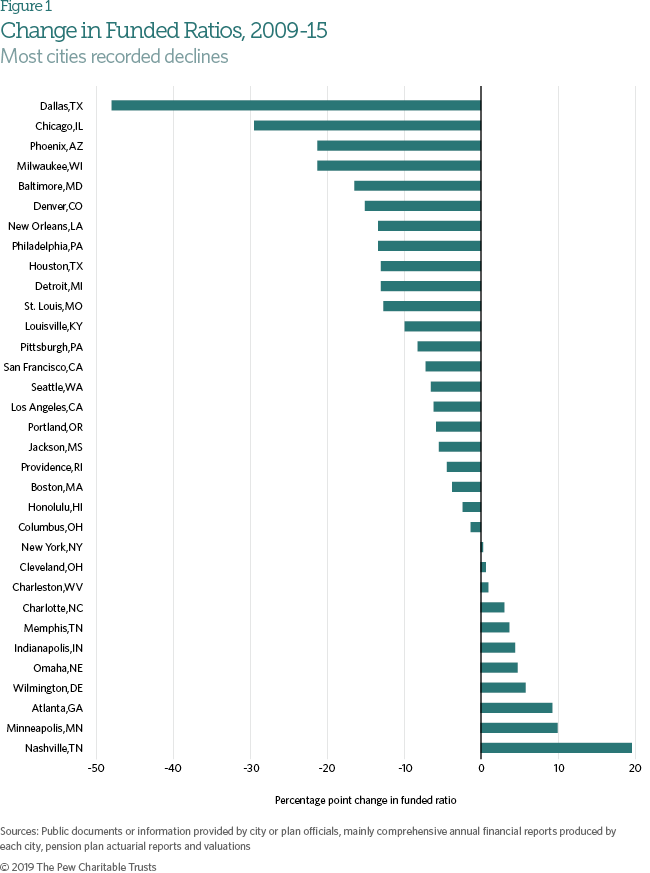 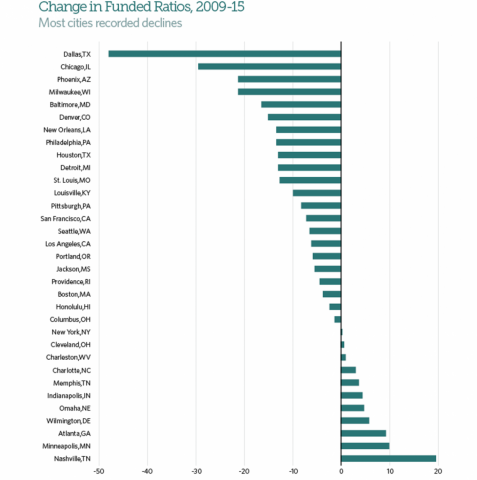