Q&AZ: How Do People Build Their Houses On Phoenix Mountains And Hillsides? 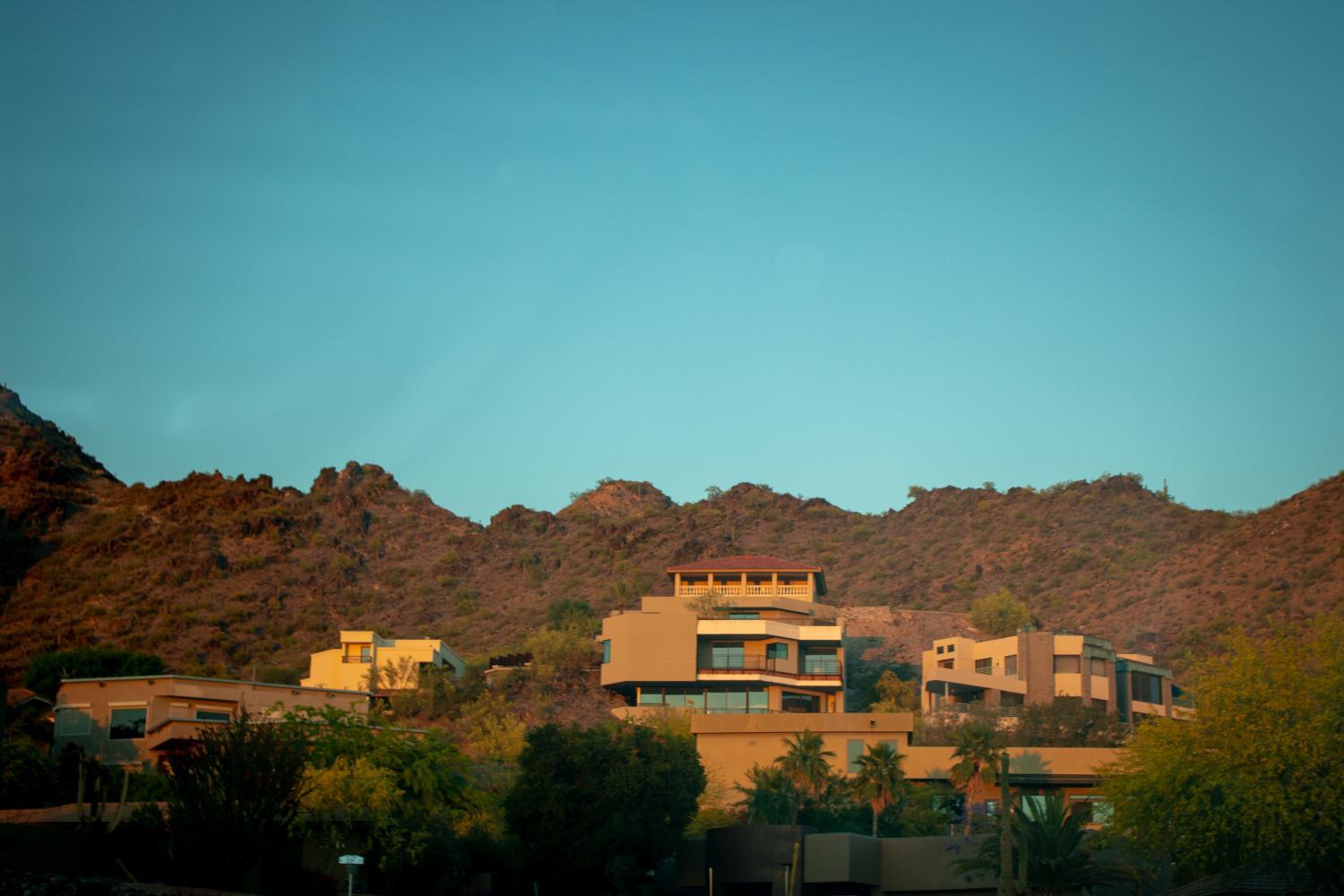 “Every time my sister visits from Indiana, she asks how people who build large homes on the sides of our mountains came to own that property,” said KJZZ listener Mary Phares through Q&AZ.

After the completion of the Roosevelt Dam in 1911, the federal government divided the Valley into a grid — using the Public Land Survey System (PLSS) — and started selling lots to homesteaders and other private citizens.

“They’re basically big squares,” said Christopher DePerro, who works for Phoenix’s planning and development department. “That is how a lot of the land was sold: from D.C., unseen.”

Many developers and homesteaders didn’t know what to except when they arrived in the desert.

“It might turn out that you got a great square that had a canal that went by and you could farm it,” DePerro said. “Other people found out they ended up with a hill.”

Those that found a hill or mountain in their plot sometimes purchased mining rights and tried their luck — which is why you can still stumble upon a mine shaft while exploring Piestewa Peak or the Superstition Mountains.

These early attempts weren't very lucrative, so many hillsides remained empty until Phoenix’s population boom in the 1950s and '60s.

“A lot of these houses were built mid-century,” said Bobby Lieb, a real estate agent with two decades of luxury home-selling experience in the Valley. “People coming from California who had hillside homes wanted to have the same type of living here.”

However, the rapid development of hillsides worried some Phoenicians — including former Sen. Barry Goldwater.

In the mid-1960s he became the voice of a campaign to buy Camelback Mountain back from private owners and donate the land to the city.

“The struggle through most of the 20th century has been getting that back for public use,” DePerro said.

He said it took years to buy back what is now Papago Park and the South Mountain Preserve. Land that now hosts popular hiking trails on Shaw Butte and North Mountain was also privately held at one time.

Conservation efforts, coupled with the naturally scarce nature of these lots in relatively-flat Phoenix, means those that are available for development are expensive — which is why many of the homes are eye-catching, luxury builds.

One such lot, recently priced at $25,000,000, asks potential buyers to envision a 18,000 square foot “contemporary masterpiece" with a helicopter pad and infinity pool overlooking Paradise Valley.

However, Lieb said he’s seeing a changing trend in these sought-after properties.

“Originally people wanted homes that were 7, 8, 9,000 feet — but those are a lot of work, so I’m seeing now people tearing down the big hillside homes and opting for something more manageable then getting a second home, like in Flagstaff,” he said.

Besides the price, there are a lot of safety and aesthetic regulations to navigate when building on a Phoenix hillside.

“Nowadays they’re a lot more restrictive with what can be done,” he said.

DePerro, with the city of Phoenix, said these regulations are meant to insure the homes blend into the landscape and won’t create a “hard line” where private land stops and city-owned land starts.

“There’s a limited amount of the lot you can disturb to put the house down, the rest of the lot generally has to remain looking like a natural hillside,” he said. 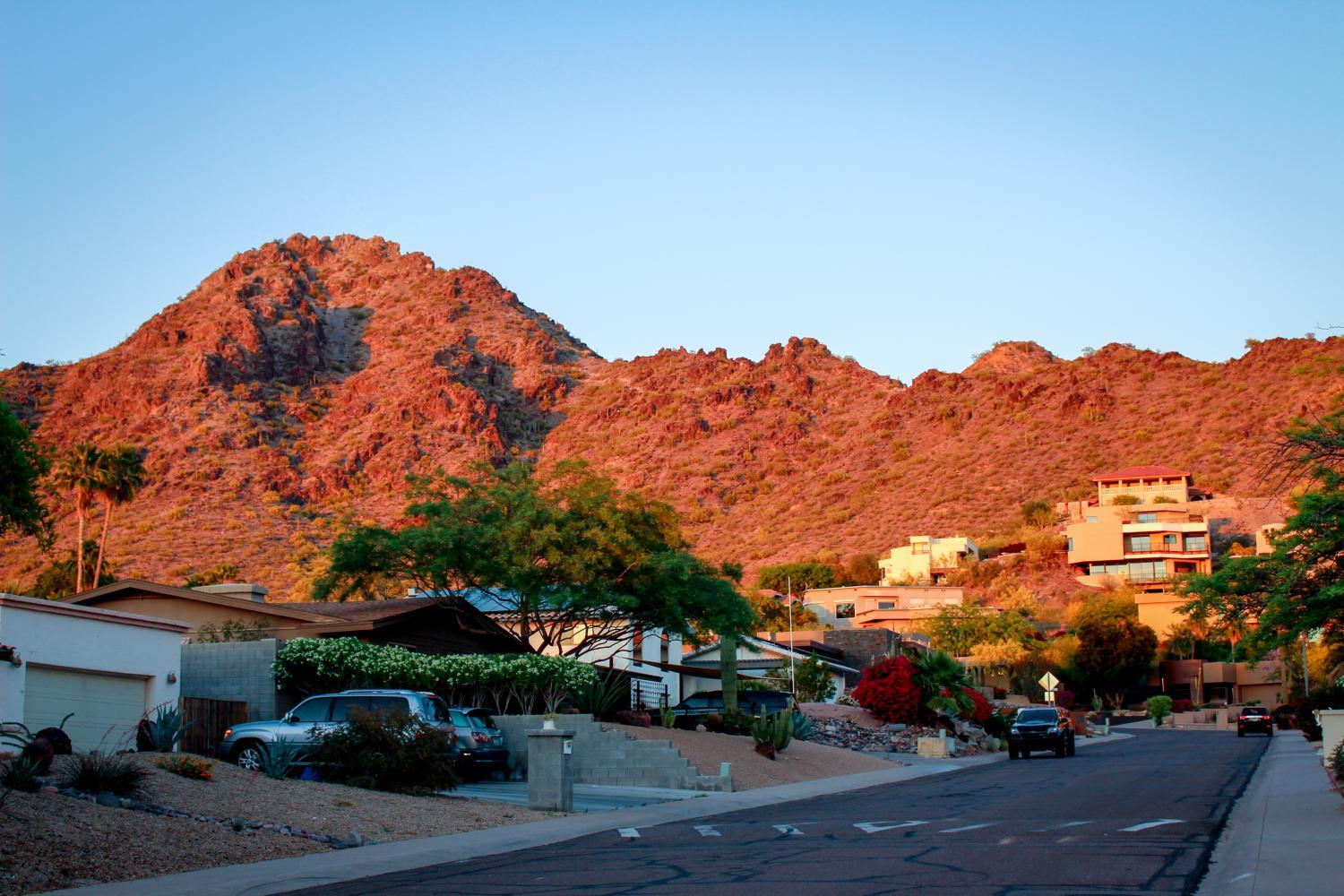 Claire Caulfield/KJZZ
Houses on a hillside in Phoenix.