How Arizona's #RedForEd Movement Has Shifted The Conversation Around Education 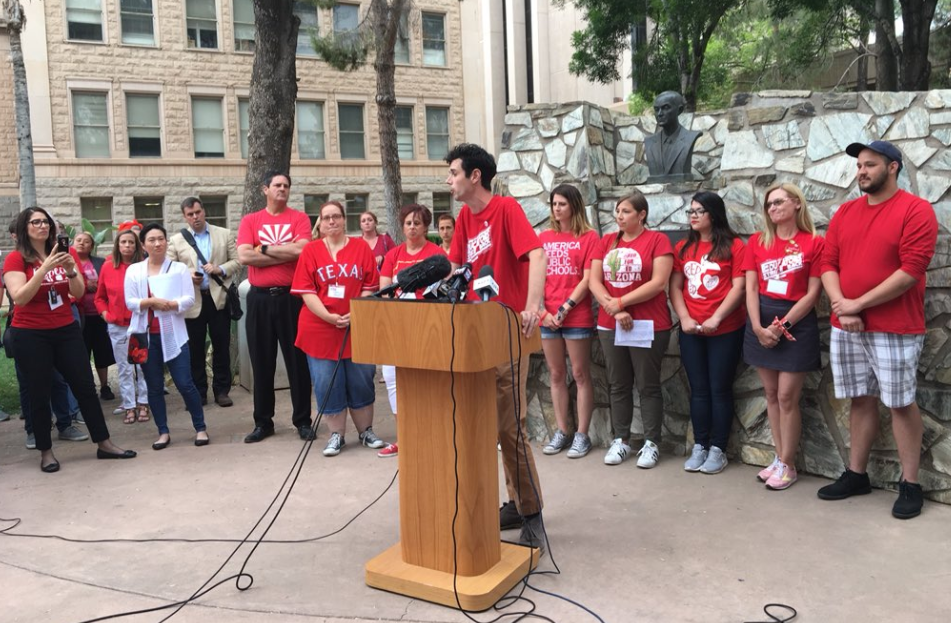 A little less than a year ago, tens of thousands of educators and their supporters marched to the Arizona Capitol to call for the Legislature and Gov. Doug Ducey to raise salaries and overall spending for K-12 education in Arizona.

The #RedForEd Movement is credited by many for the governor’s decision to push for — and eventually sign — the so-called 20X2020 package for teacher pay hikes. And results in last November’s elections seemed to show a shift among many voters towards supporting legislative and statewide candidates who made education funding a top priority.

One of the leaders closely identified with #RedForEd is 24-year-old music teacher Noah Karvelis. The Show decided to catch up with him for an update, as he’ll be leaving Arizona to pursue his Ph.D in curriculum and instruction at the University of Wisconsin.