Tuition Will Increase At Arizona's Universities

Arizona’s largest public university Friday announced it is raising tuition each year by less than 3 percent for resident undergraduate students over the next decade.

The proposal maintains the commitment made nearly eight years ago by Arizona State University and extends it another decade. 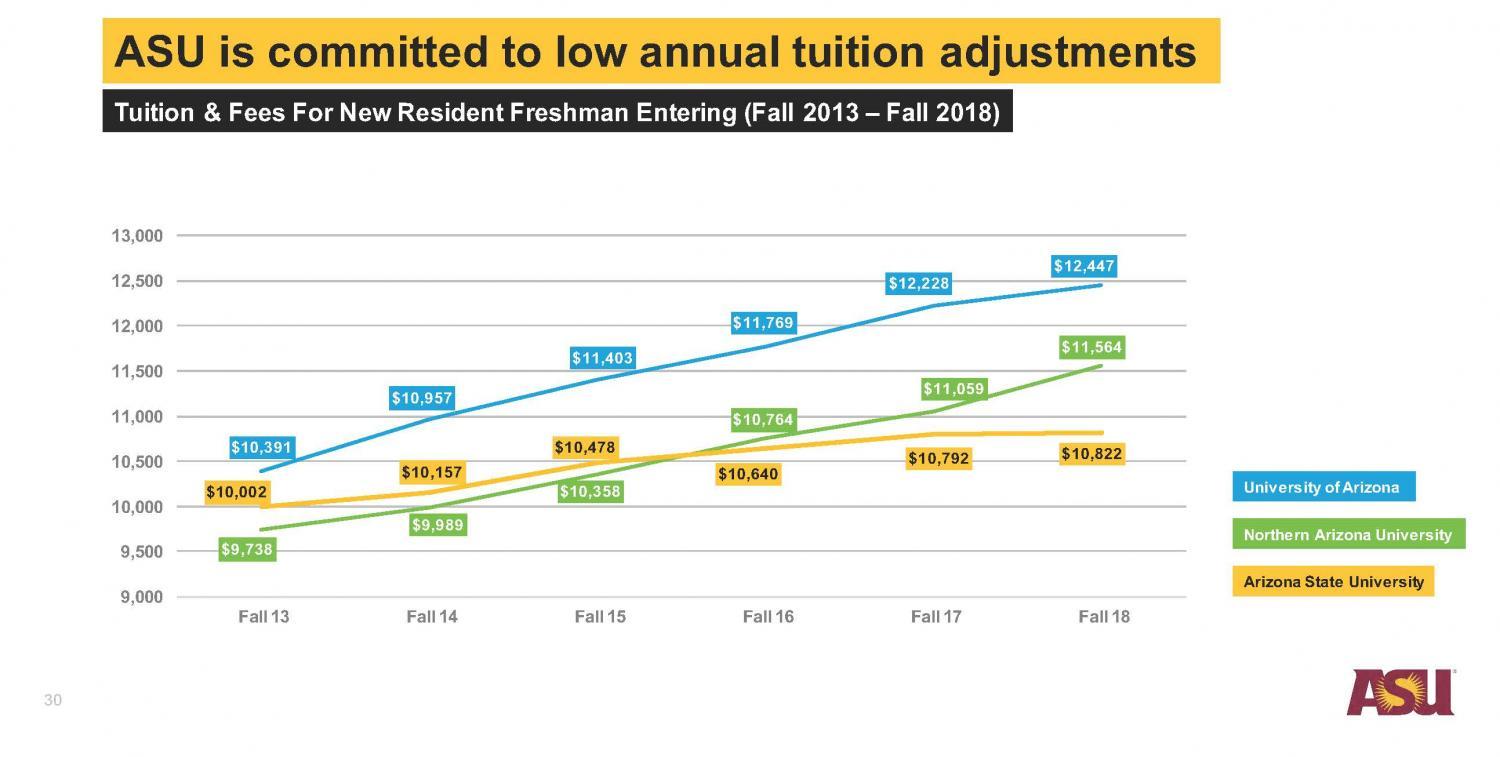 “When students and families sit down at their kitchen table, they’ll be able to predict exactly what their costs are going to be, because they’ll know exactly which fee category they fall into, as opposed to waiting to see: ‘does the lab for this cost ‘x’ or does it cost ‘y,’” said Hovell.

The Arizona Board of Regents will hold a comment session for public feedback on April 2 before finalizing tuition and fees April 11.

The Maricopa County Community College District (MCCCD) released its own statement following the announcements by ASU, U of A and NAU, stating that tuition “…actually decreased since last year with tuition at $85.00 dollars per credit for full-time, in-state students.”

Matt Hasson, MCCCD Communications Director said, “We recognize that our students are investing in their future success when they choose to study and advance at a Maricopa Community College."