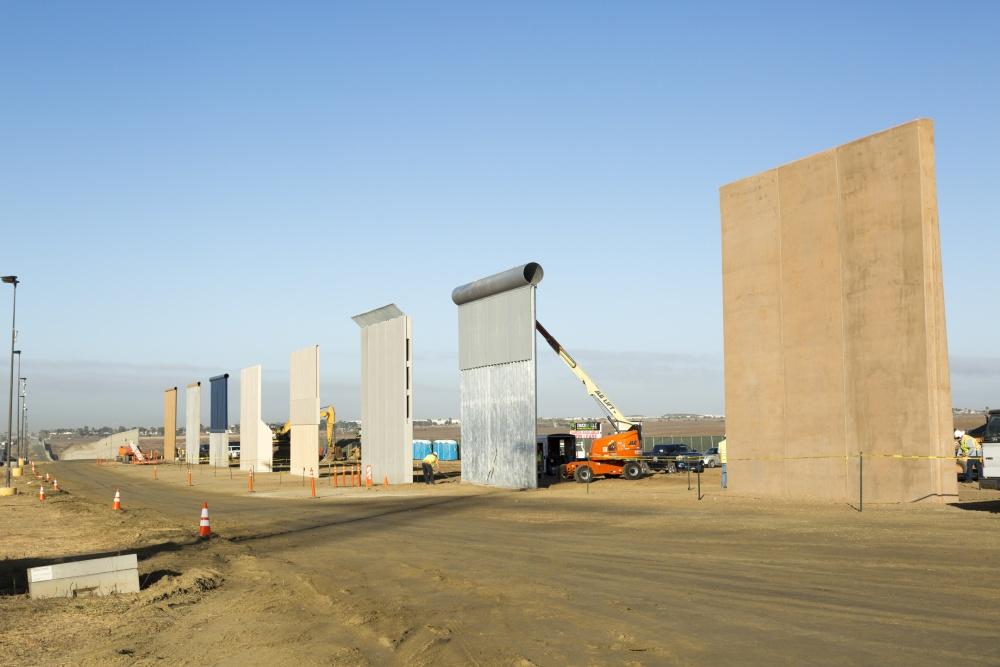 Mani Albrecht/U.S. Customs and Border Protection
Ground views of different border wall prototypes as part of the Wall Prototype Construction Project near the Otay Mesa Port of Entry in October 2017.

For more than a year, four concrete and four steel panels stood tall near the border between San Diego and Tijuana. Within two hours on Wednesday, they came tumbling down.

U.S. officials said the border wall prototypes had served their purpose and were no longer needed and said elements from the different panels have now been adopted into current border fence designs.

The Show talked to Associated Press reporter Elliot Spagat in 2017 when the wall prototypes went up, and now he joined The Show to talk about them coming down.