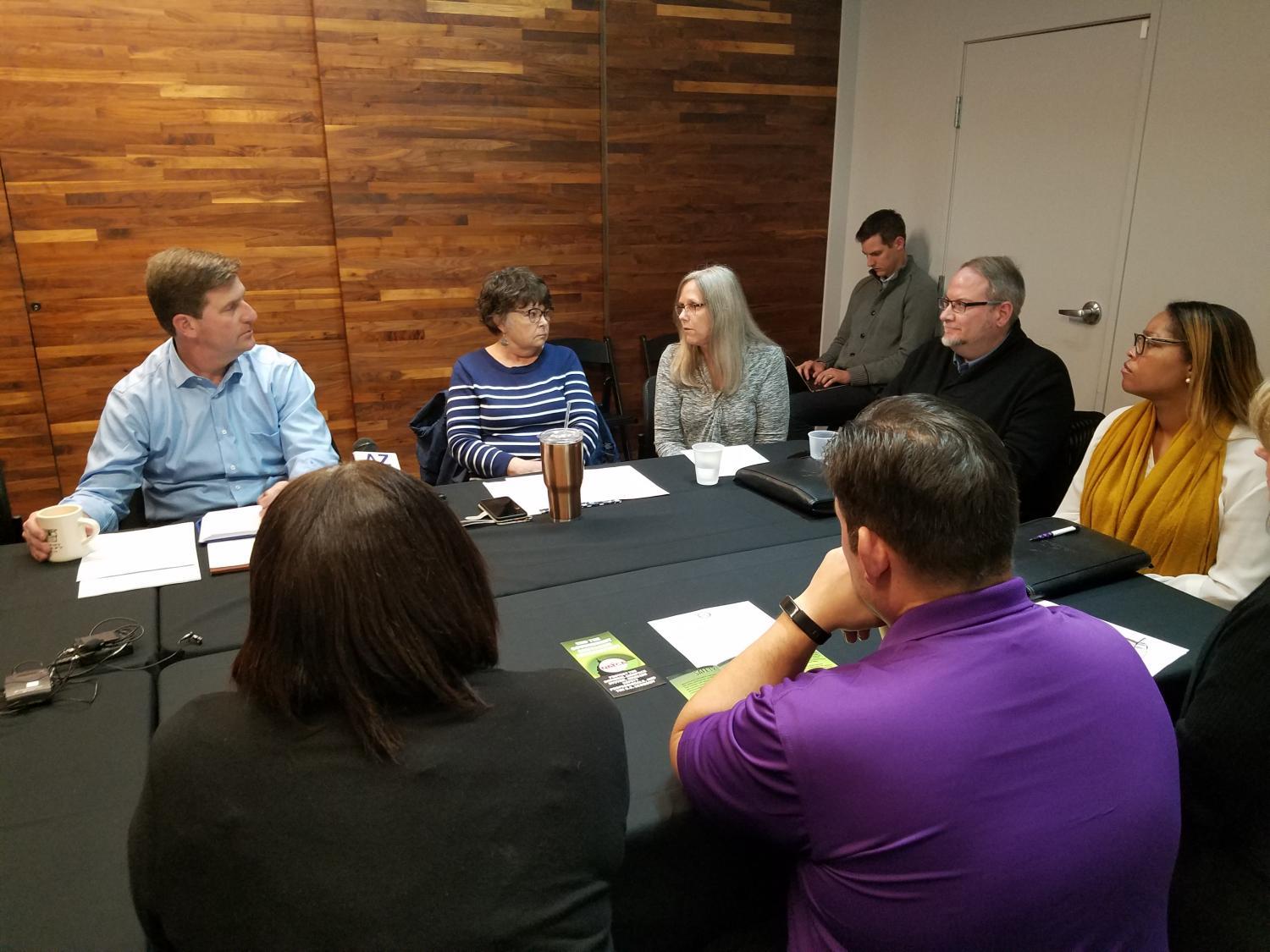 Annika Cline/KJZZ
U.S. Representative Greg Stanton listens to people describe how the partial government shutdown is affecting them and their work.

U.S. Rep. Greg Stanton held a round table discussion in Phoenix Monday to listen to the concerns of federal workers and nonprofit leaders affected by the partial government shutdown.

Judd Sampson is the forest geologist with the Tonto National Forest. His work has been deemed non-essential, so he is not allowed to work and is not being paid during the shutdown. Sampson says it’s not just about the paycheck — he also worries about his federal health insurance.

“The Office of Personnel Management has said that for the time being, we are covered under our 2019 healthcare plan, but they’ve also said that that is not an indefinite circumstance," Sampson said.

Sampson says he would not be able to afford to pay for his prescriptions out of pocket. Stanton told the group he will return to Washington tomorrow and continue working on passing appropriations bills to end the shutdown.