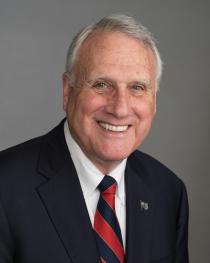 U.S. Sen. Jon Kyl is retiring at the end of this month. The announcement, made Friday, came as no surprise.

According to Zach Cohen, Senate correspondent at National Journal, the leading choices at this hour are Martha McSally, who narrowly lost a race for Arizona’s other Senate seat in November to Krysten Sinema, and Gov. Doug Ducey’s former chief of staff, Kirk Adams.

Cohen said both would bring different strengths to the Senate.

“Rep. McSally has experience running statewide and in tough races both this year and her previous congressional races,” he said. “She has the ability to bring in fundraising and name identification, which is all very important, because whoever replaces Senator Kyl will have to run in the 2020 special election to fill out the rest of Senator McCain’s term.”

But, according to The Washington Post, McSally “attributed her defeat in November to external factors. Among them: strong Democratic fundraising, a geographic disadvantage and voter hostility toward President Trump.”

Those remarks reportedly angered Ducey and other Arizona Republicans, but Senate Majority Leader Mitch McConnell favors a McSally appointment to the seat.

On the other hand, Cohen said, “Adams is obviously knowledgeable about all of the issues in Arizona, especially when it comes to dealing with neighboring Mexico, as well as water issues which are very hot topics right now.”

Ducey said he will pick a replacement “in the near future.”