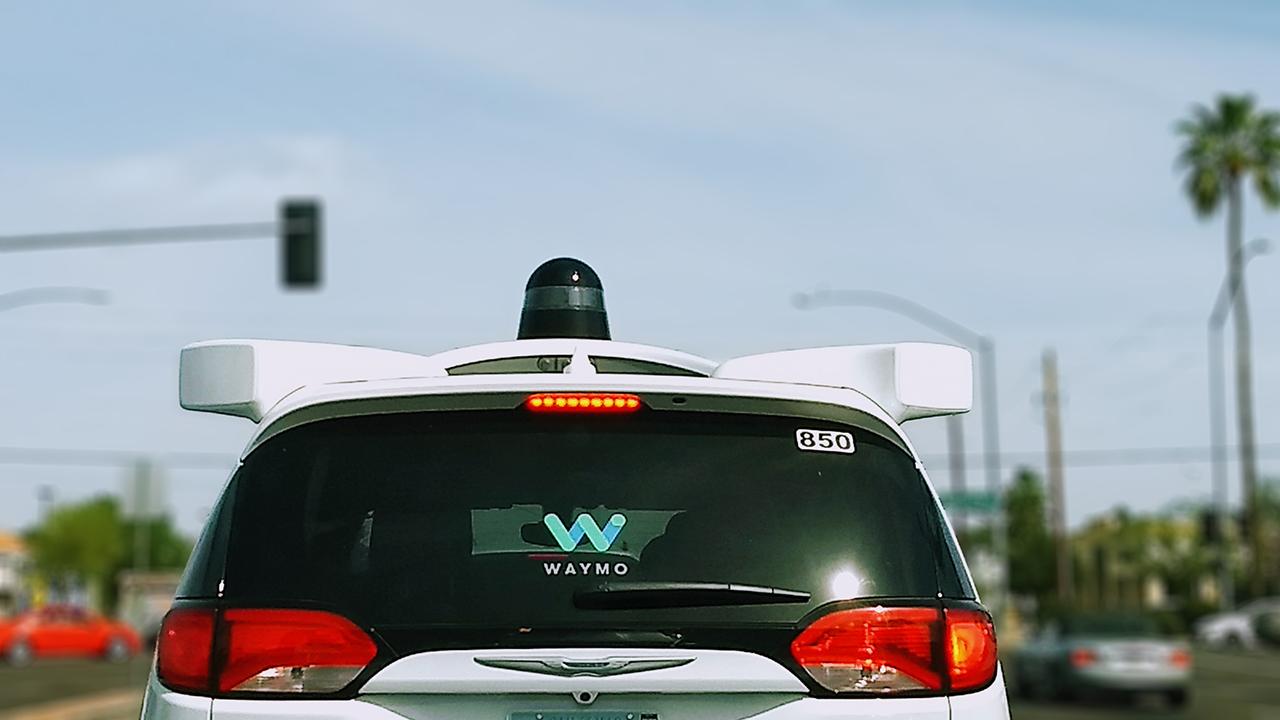 If you have dreamed of opening an app, entering a destination and within minutes sliding into an autonomous vehicle — so has Waymo.

Since last year, its white mini-vans — mounted with small turrets and sensors — have shuttled Arizona riders around the Phoenix area.

Waymo One is currently only open to a small pool of users, within a defined geographic area and with backup drivers in the car.

“It’s important for us to be incremental about our launch,” said Daniel Chu, Waymo director of product. “Safety is at the core of everything we do.”

A select group of self-driving enthusiasts have become well-acquainted with the experience of riding in an autonomous vehicle through the company’s early-ridership program.

Once riders get over the novelty, it just becomes part of life, explained Waymo’s Clem Wright on a recent test drive with KJZZ.

“Parents who might be taking their kids to soccer practice or to school — instead of being up front driving — they can actually be sitting back and working on homework or catching up on their day,” Wright said.

As the slow-moving vehicle cruised through the suburbs, shapes and images from the outside world flashed on a screen next to the dashboard.

“You can see the path ahead of where the car is planning to go — whether there are pedestrians or vehicles, and then you can see, 'Hey, this car is going to take a right here,'" Wright said. 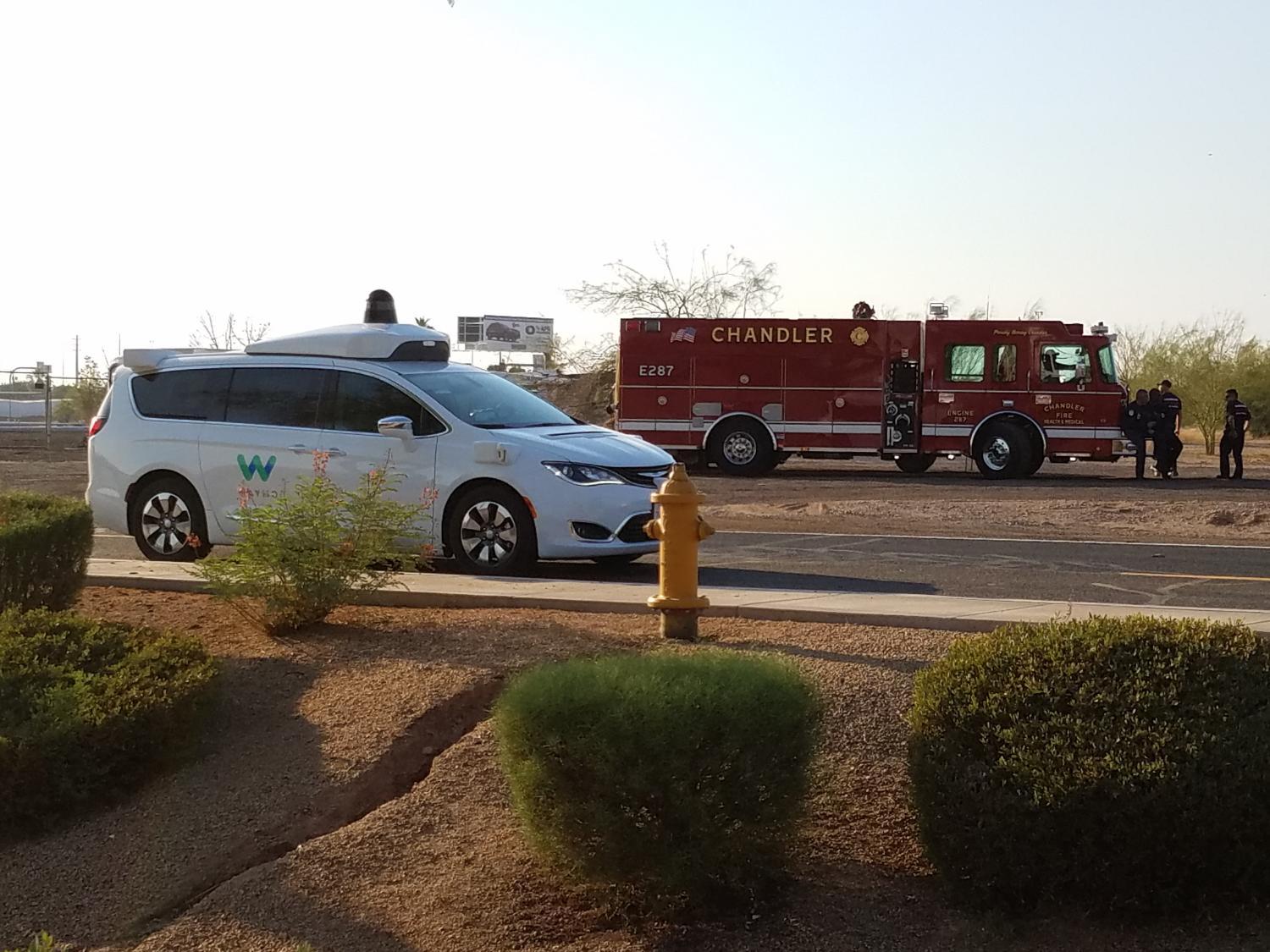 The Phoenix metro area is the first market where Waymo One is available, and that makes sense to David King, who studies transportation at Arizona State University.

“We’re an ideal real-world test because we built our cities around making it easy to drive,” King said.

He adds that Arizona’s “light regulatory touch” helps, too.

King predicts companies like Waymo will stay in test mode for a while, not only for safety reasons.

“We don’t know what the economics are going to look like for a fleet of robo-taxis driving around, nor do we know if that would be desirable.”

But King said we should prepare for more driverless vehicles zipping around city streets, maybe with groceries as cargo instead of humans.

“It’s an easier lift, in part, because we are willing to accept more failure when it comes to a carton of eggs than a person,” King said.

In March, an Uber self-driving car hit and killed a pedestrian who was crossing the street with her bike at nighttime in Tempe. There was a backup driver, but the police report found she was not focused on the road.

"I'm glad I don't live in your state because there are no rules," Cummings said. “This is still highly experimental technology and you’re putting the public in an experiment every time you put these things on the road."

Experts like Cummings said the Uber crash shows just how far we still have to go until this technology is reliably safe. But she said Waymo does have a good track record and its cautious approach is heartening.

“We don’t know what the economics are going to look like for a fleet of robo-taxis driving around, nor do we know if that would be desirable."
— David King, Arizona State University

“Kudos to them for making sure that this rollout is as safe as possible. It’s certainly not a commercially viable service that is going to be given to the broad public anytime soon,” she said.

And Cummings believes that should not happen until there are more regulations.

Arizona has two executive orders that spell out the rules for testing, and the vehicles must also meet federal safety standards like any car on the road.

“When you get down to it, a lot of it is self-certification,” Kevin Biesty, deputy director for policy at the Arizona Department of Transportation, said.

“None of these states have computer programming experts going through their systems determining whether they are safe or not, just like we wouldn’t go to an auto manufacturer and determine whether their lane-departure systems are safe or not.”

It’s a growing challenge for agencies like Biesty’s that evolved to regulate people operating on state roadways. But how do you test when the vehicle and driver are the same?

Biesty said Arizona is part of a national effort to develop better ways of testing and regulating autonomous vehicles, which officially began on state roads in 2015.

“What we have learned is that the more we can cooperate with the developers of this technology, the more it helps us plan and prepare,” Biesty said.

As with so many technologies, Biesty said the rules may come after the advances.

“We are quite a bit away from being able to press a button and have an autonomous vehicle take me to California or Flagstaff,” Biesty said. “But we are very close to being able to go to the movie theaters in Ahwatukee, a restaurant in Tempe and then back home all with autonomous technologies.”

For now, Waymo is moving ahead with its robo-taxis — just not necessarily in the fast lane.

The Maricopa County ballot audit’s legacy — whatever the results turn out to be.