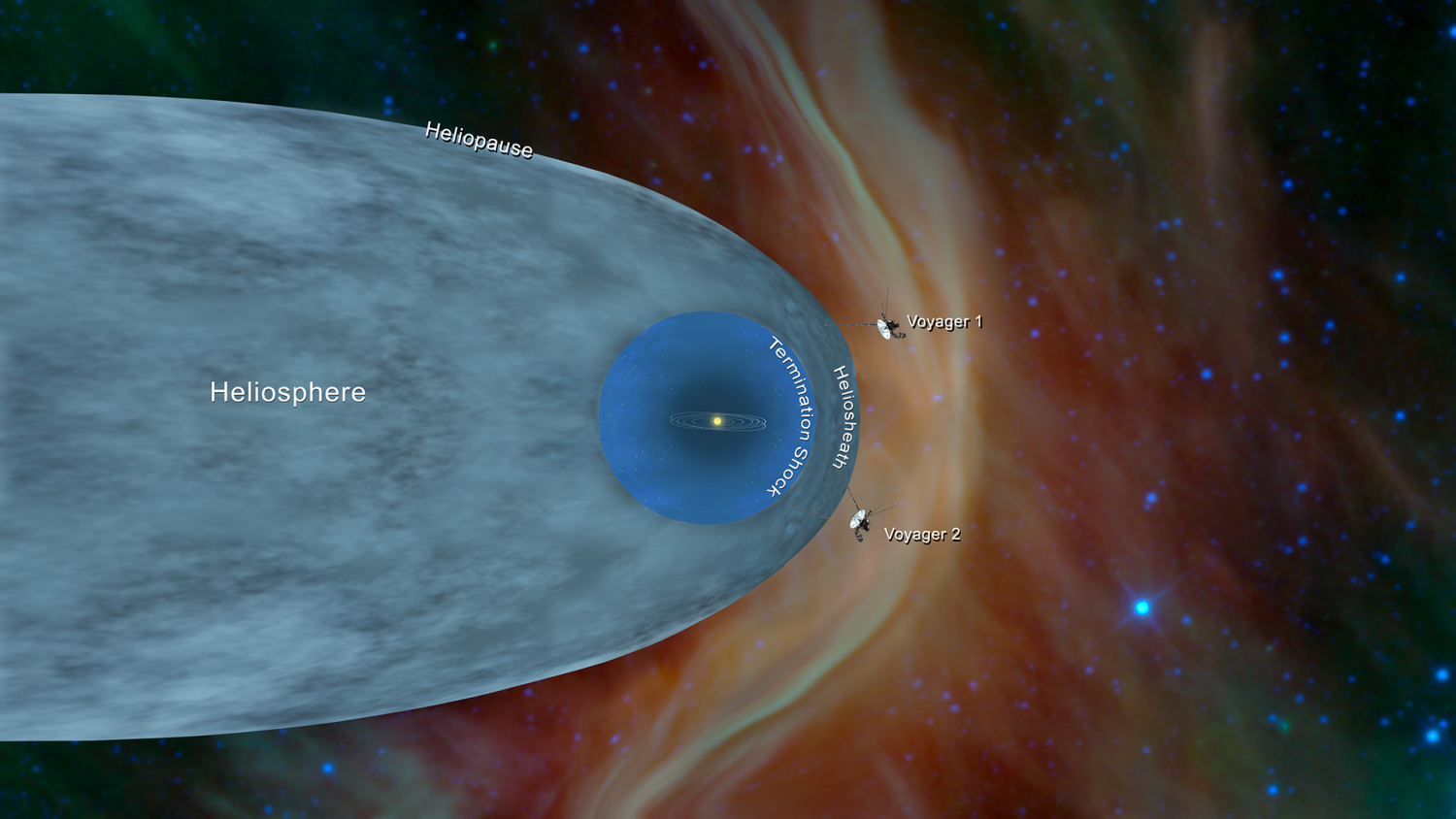 NASA/JPL-Caltech
This illustration shows the position of NASA’s Voyager 1 and Voyager 2 probes, outside of the heliosphere, a protective bubble created by the Sun that extends well past the orbit of Pluto.

The plasma-measuring device that verified Voyager 2's exit on November 5 — and remains broken on Voyager 1 — will now offer unique data on the heliopause, where dwindling solar wind gives way to the interstellar medium.

Now 11 billion miles from Earth, or about 120 times the distance from Earth to the sun, the craft launched in 1977 16 days before its twin. It then visited the gas giants Jupiter, Saturn, Uranus and Neptune.

At 41 years into its planned 5-year operation, it is now NASA's longest-running mission.

Neither craft will truly leave the solar system until several thousand years from now, when it passes the outer reaches of the Oort cloud, a gathering of distant objects still under the sun's gravitational sway.

Both ships generate enough power to continue observations until around 2020. After that, they will continue onward indefinitely. In about 296,000 years, Voyager 2 will be within 4.3 light-years (25 trillion miles) of Sirius, the brightest star in the sky.

Should any intelligent life intercept them, each ship famously equips a gold-plated disc carrying audiovisual information about Earth. Its cover includes information on how to play and decode the disc, and bears directions to Earth's sun based on the locations and frequencies of 14 pulsars. 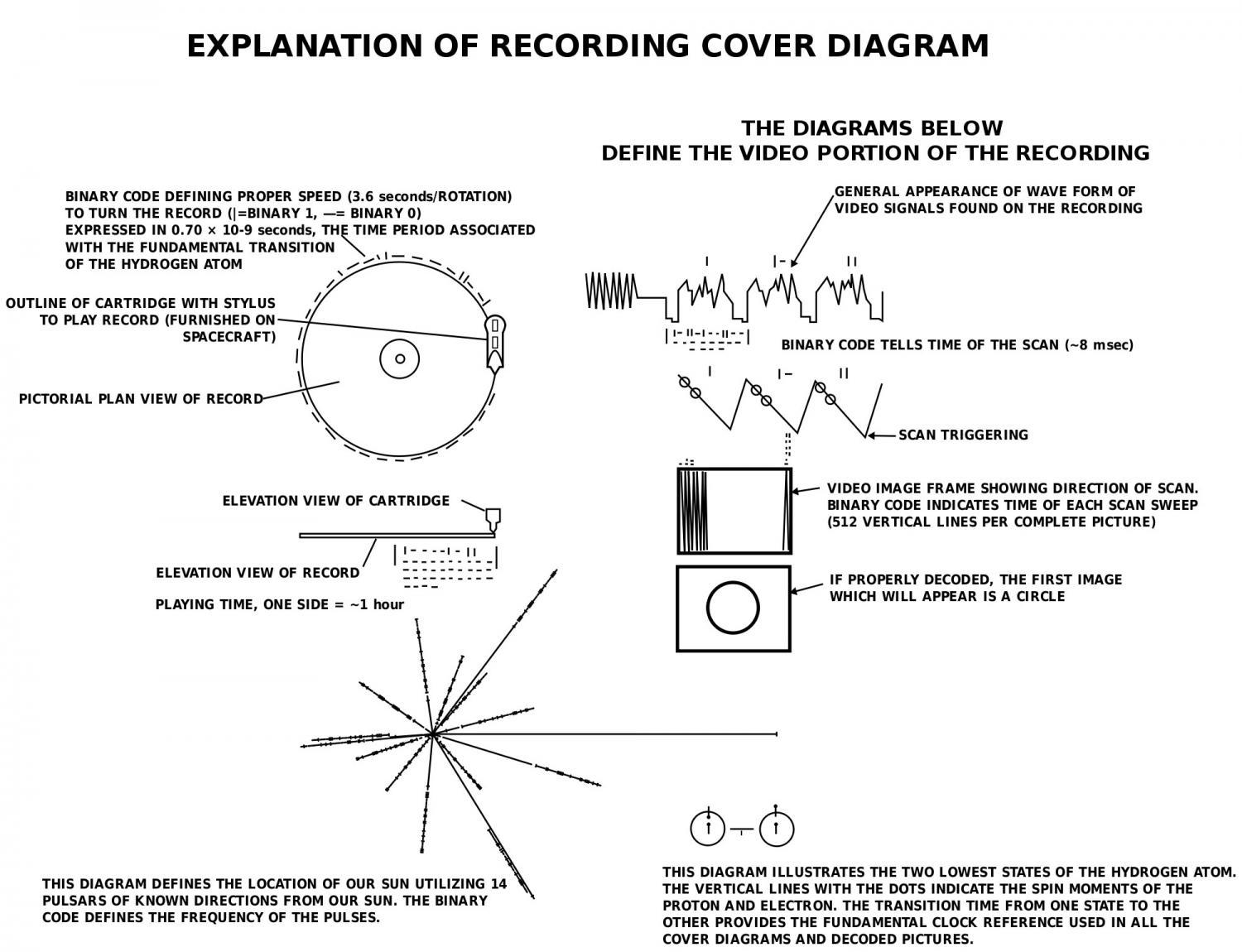 NASA/JPL
A detailed diagram of the Golden Record's cover showing its instructions for extraterrestrials.
Science