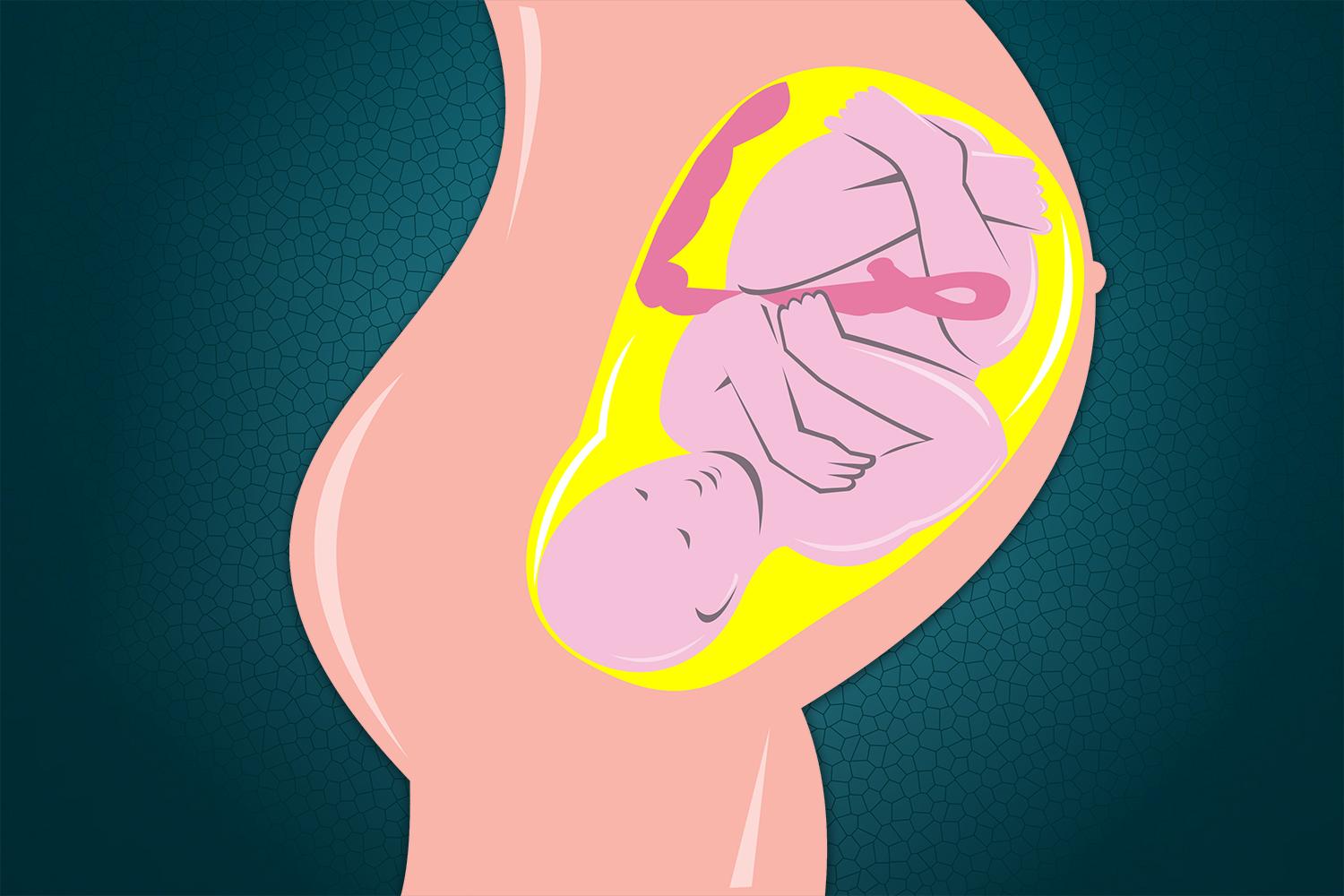 storyblocks.com
Illustration of a human fetus in a uterus.

A paper published in "The Lancet" has announced the first birth of a child from the uterus of a deceased donor.

The recipient was a 32-year-old woman born without a uterus due to Mayer-Rokitansky-Küster-Hauser syndrome, a rare disorder in which the uterus and vagina do not develop properly, although ovaries and fallopian tubes typically function normally, as do external genitalia.

The donor, a 45-year-old woman who had given birth vaginally three times, died of a subarachnoid hemorrhage — bleeding that occurs between the brain and its surrounding membrane and is often caused by a ruptured aneurysm.

The recipient, who took immunosuppression drugs from the time of transplantation through birth, did not have any rejection episodes.

Doctors removed the donor uterus during the C-section.

As of the paper's writing, the child weighed 16 pounds and measured 24 inches tall, which researchers say is within normal growth parameters for a child 7 months 20 days old.

Currently, live donor uteri are rare and are mainly supplied by family members. The researchers suggest harvesting the organs from deceased women would create a larger supply while also eliminating donor risk.

"We should be as wary of naïve appeals to nature as we ought to be toward appeals to technological fixes."

Brian went on to warn against saying "what is natural is better," as such sentiments reflect an ableist attitude and ignore the many commonplace medical modifications, such as eyeglasses and medicines, that society already finds acceptable.

"But it's also the case — when we are pursuing very expensive, very risky technological fixes that have the potential of dramatically restructuring our many social and political norms — that we not rush in to them too quickly."

Uterine transplants combine two of the thorniest issues in bioethics: organ transplantation and assisted reproduction. Brian says ethical discussions tend to focus on whether we should do such research at all, even as it continues to take place.

"On the one hand we might say, 'Look, there already exist, safer, less costly and more certain ways of having children, right? Why would we undertake a procedure that has incredible risks including, but not limited to, infection, rejection of the uterus, miscarriage or stillbirth?'"

But questions surrounding an activity as central to individual fulfillment and societal function as childbirth are not so easily answered. As Brian explained, surrogacy can be a "legal, ethical, emotionally complex minefield," while adoption lacks the genetic connection that many women find important.

"We also see that both of those methods of creating families are often limited legally: Who can access adoption, who can access surrogacy, depends on what state you live in, and also your access to particular finances."

The out-of-pocket cost of a uterus transplant can range from $300,000 to $500,000 dollars in the U.S., where insurance frequently does not cover treatments related to infertility.