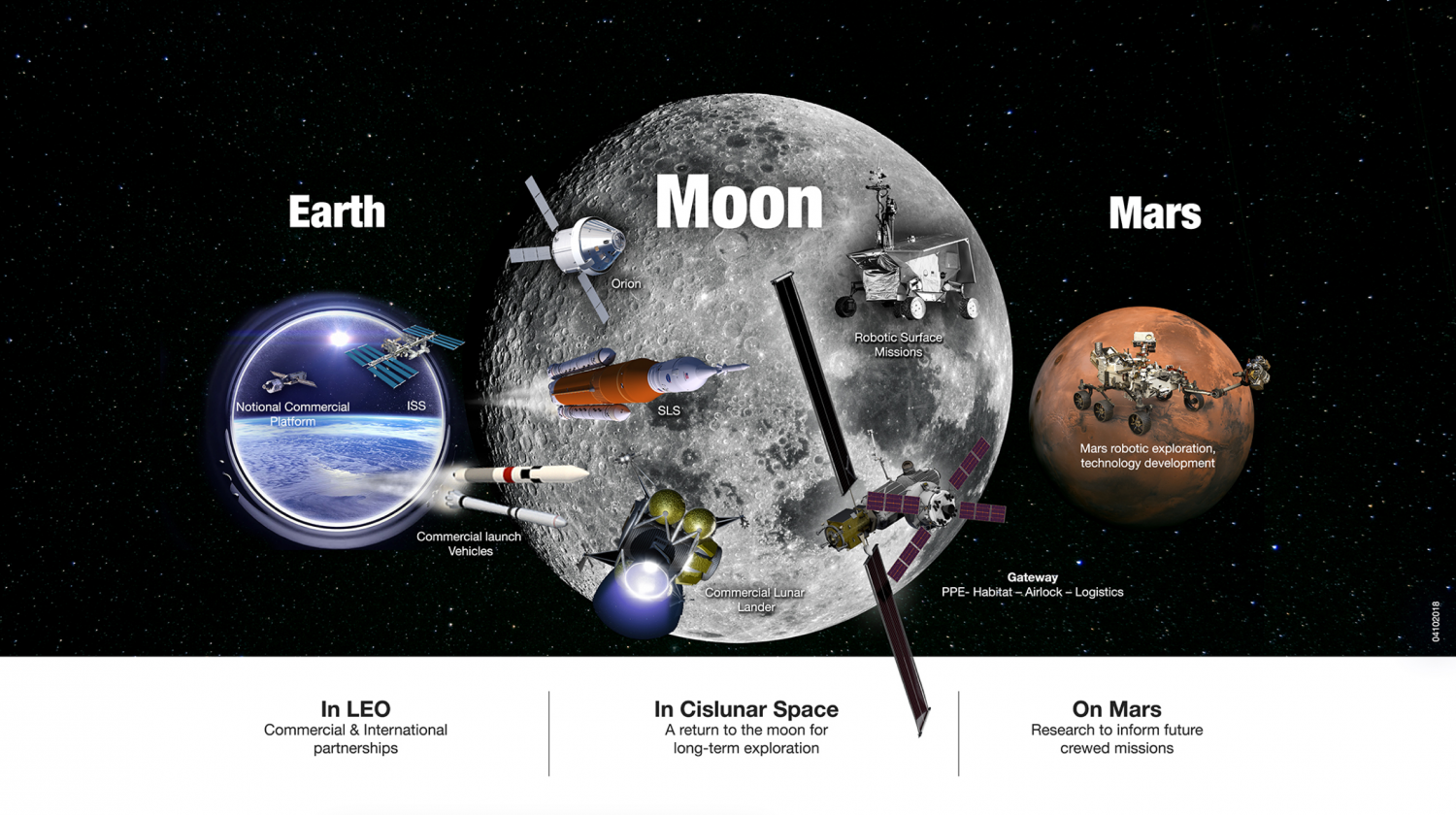 NASA
NASA's Exploration Campaign includes leadership in low-Earth orbit, in orbit around the Moon and on its surface, and at destinations beyond, including Mars.

NASA has picked nine U.S. companies to bid for as-yet unannounced contracts related to a return to the moon.

The selection, which is part of the agency's new direction under President Donald Trump's Space Policy Directive-1, included:

He emphasized the new campaign's science potential and rejected comparisons to similarly vague and largely unfulfilled plans announced by the Bush administration almost 15 years ago.

NASA's Exploration Campaign seeks to pass the baton on low-Earth-orbit endeavors to the commercial sector, while also launching new robotic and human operations on and around the moon to support future human Mars missions.

It marks the first time U.S. policy calls for utilizing lunar natural resources, the legality of which remains hotly debated.