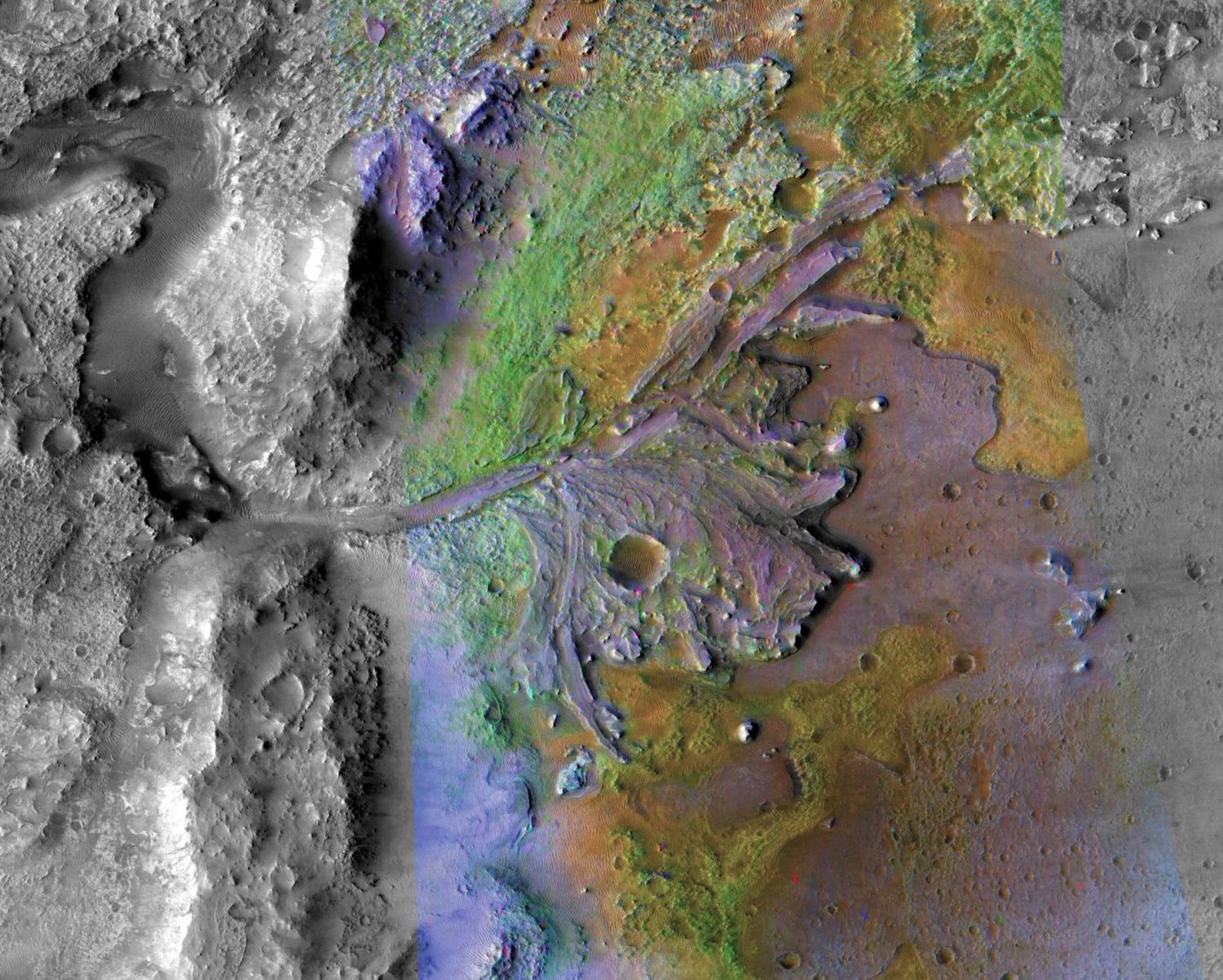 NASA/JPL-Caltech/MSSS/JHU-APL
On ancient Mars, water carved channels and transported sediments to form fans and deltas within lake basins. Examination of spectral data acquired from orbit show that some of these sediments have minerals that indicate chemical alteration by water.

Following five years of research and discussion, NASA announced today that it has winnowed down 64 candidates to one landing site for the Mars 2020 rover, slated to launch in July 2020.

NASA hopes its outcroppings, sediments and river delta will provide insights into the Mars environment as far back as 3.6 billion years, and perhaps include evidence of past microbial life.

"The diversity of the ancient environment capable of fundamental discovery, the science potential of the cache samples, and the degree of confidence in the interpretation of the landing sites," he said.

The rover will cache rocks for return by a mission yet to be scheduled, but likely to occur sometime around 2030, and will equip Arizona State University's Mastcam-Z camera.