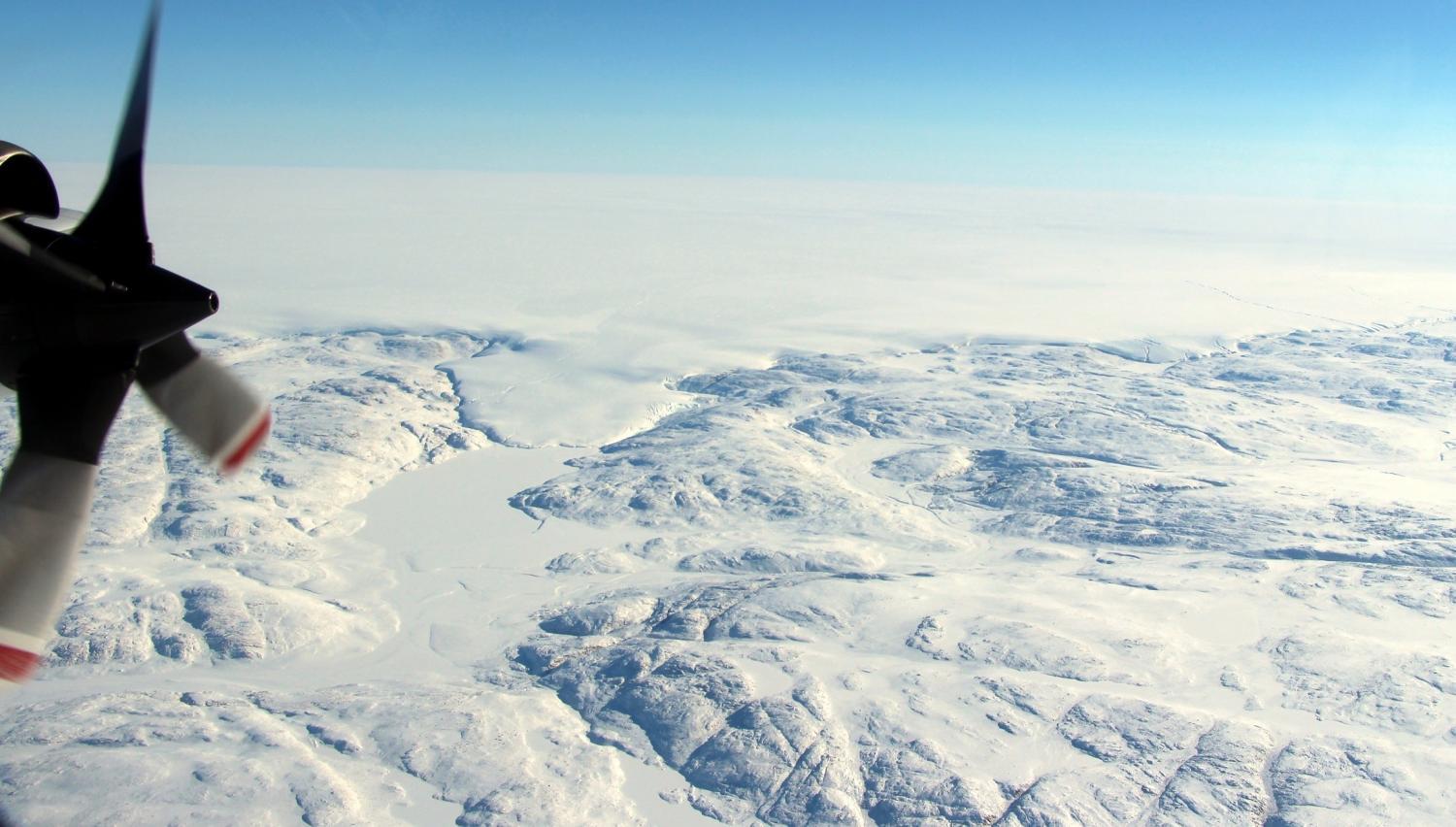 NASA/John Sonntag
The Hiawatha impact crater is covered by the Greenland Ice Sheet, which flows just beyond the crater rim, forming a semi-circular edge.

An international team of researchers announced Wednesday that it has found a large meteorite crater buried beneath the Greenland ice sheet.

Researchers first suspected the existence of the impact crater in 2015, when they noticed a circular depression on a new topographical map based on ice-penetrating radar from NASA.

In a paper published in the journal Science Advances, they describe the crater as measuring roughly 1,000 feet deep and more than 19 miles across, making it one of the 25 largest impact craters on Earth.

At no more than 3 million years old, it is also one of the youngest.

Lying beneath a circular ice margin of the Hiawatha Glacier, the crater was likely blasted out by a half-mile-wide meteor.

By comparison, Meteor Crater near Winslow, Arizona, is three-quarters of a mile wide, 750 feet deep and 50,000 years old.