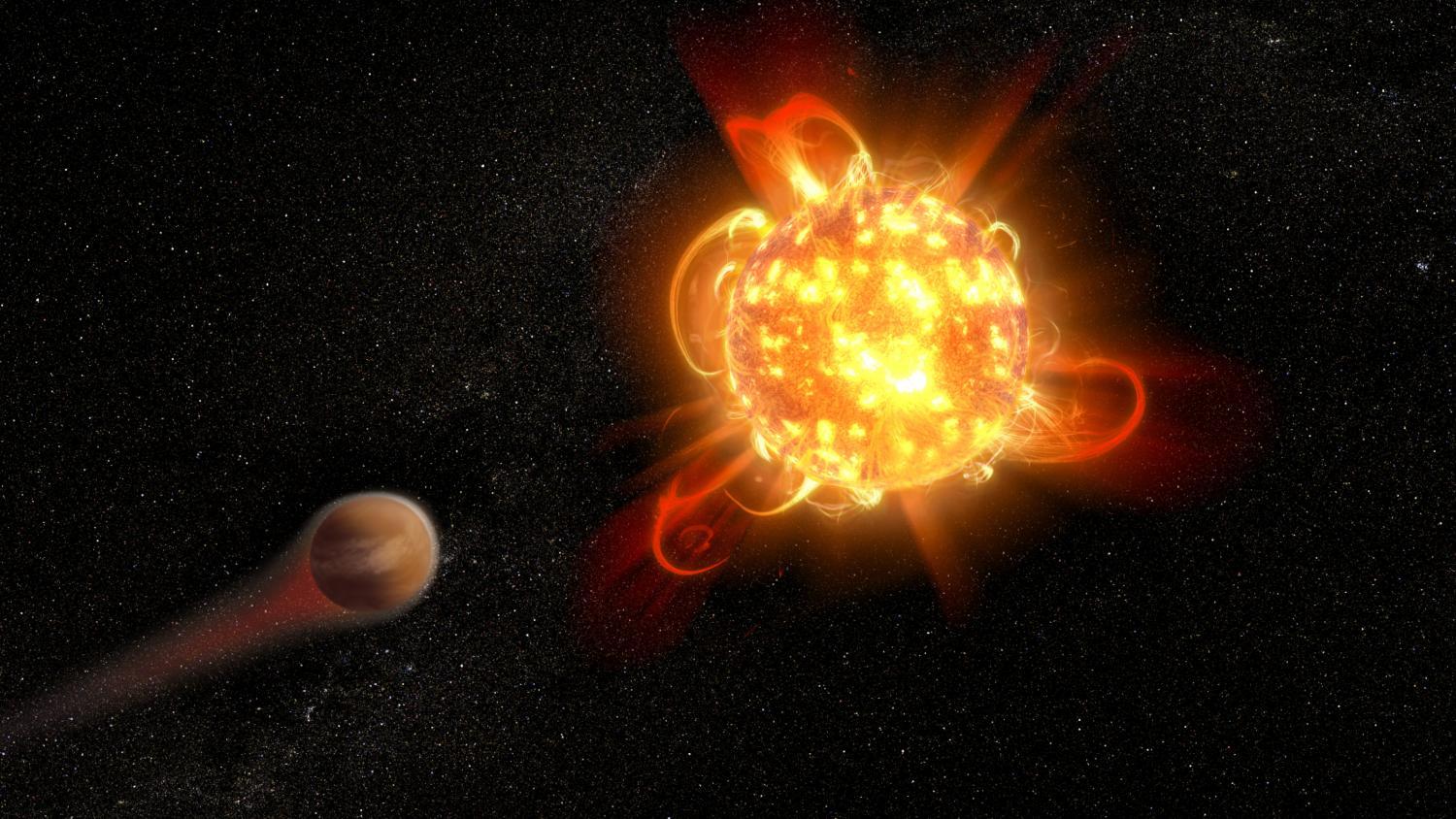 Among the most intense stellar flares ever observed in ultraviolet light, the burst pumped out more energy than the strongest solar flare ever recorded, although Earth's sun probably emits equally large flares once every few hundred to one thousand years, and smaller superflares every few centuries.

"The overall goal of this program is to get a good handle on how the radiation environment of red dwarf stars changes over their lifetimes," said lead author R. O. Parke Loyd, an astrophysicist at Arizona State University.

The rate of detections in the study of 12 young red dwarfs — 40 million years old or younger — suggests they might blast out flares packing between a hundred and a thousand times more energy than their older counterparts.

This lends support to the possibility that young red dwarfs emit much of their energy via flares during their youth, the period when earth-like planets form. 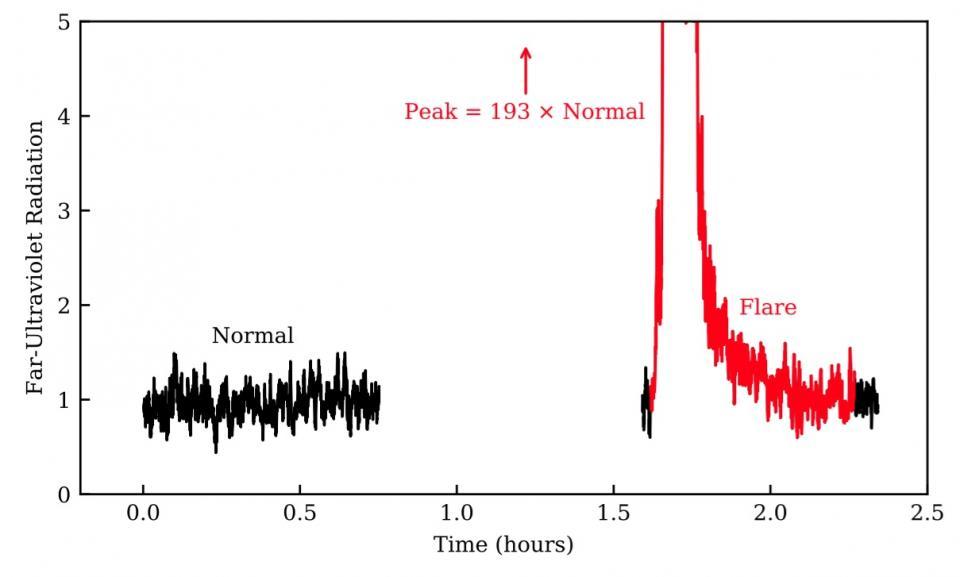 (P. Loyd/ASU).
Observations with the Hubble Space Telescope discovered a superflare (red line) that caused a red dwarf star's brightness in the far ultraviolet to abruptly increase by a factor of nearly 200.

Over eons, they can damage or strip away the atmospheres of planets and destroy life. Recovery is not impossible, but scientists don't yet know enough to say how likely it might be.

Loyd says understanding these processes is a primary goal of the team's research.

"We want to explore how planets around these stars might evolve over their lifetimes — whether they can hold on to their atmospheres, and how those atmospheres might get modified by some of the harsh radiation that we know some of these stars emit."

HAZMAT will next turn its attention to red dwarfs in the 650 million-years-old range before moving on to older ones.