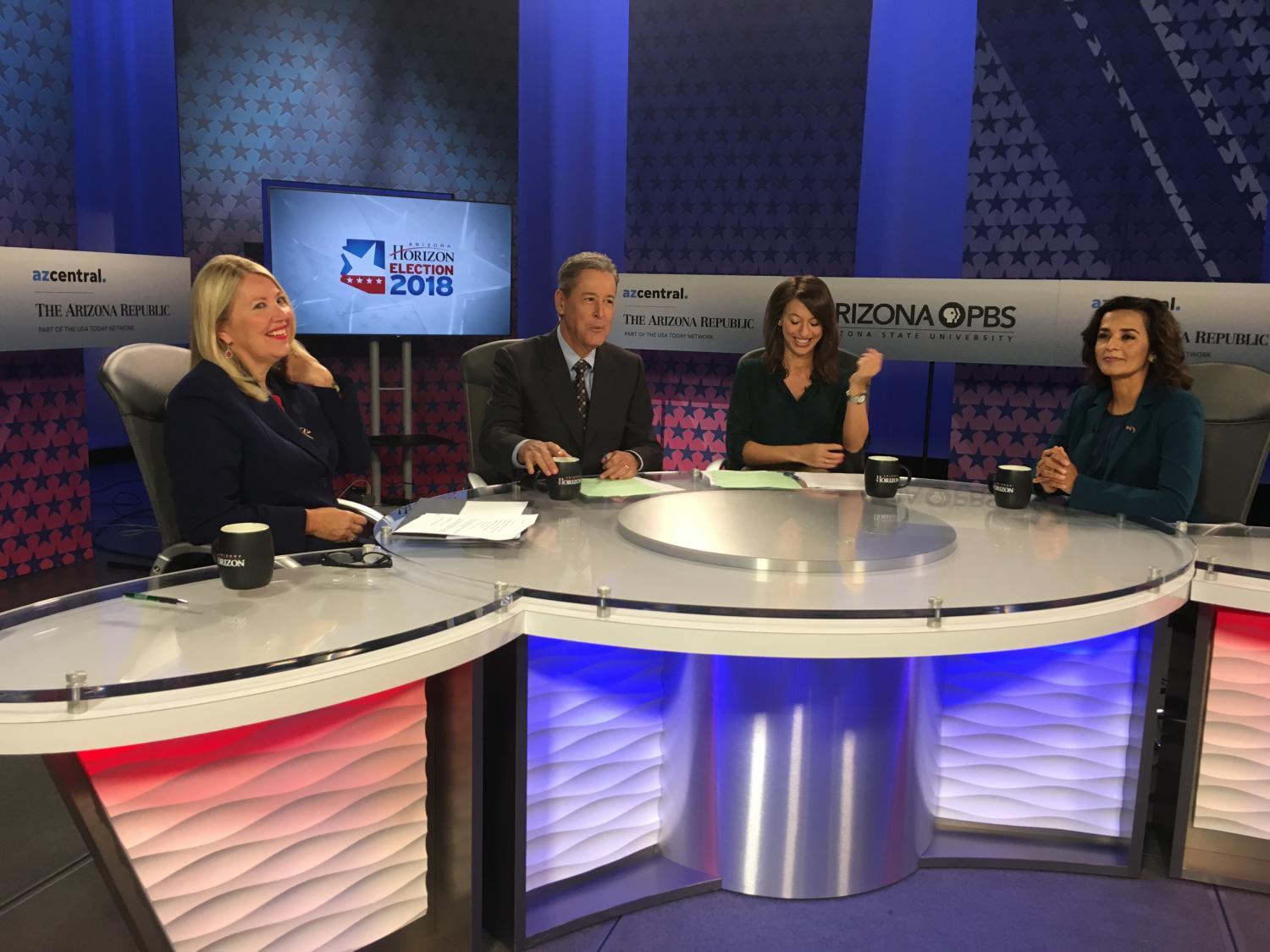 Stina Sieg/KJZZ
Republican Debbie Lesko (left) and Democrat Hiral Tipirneni (right) face off in a debate in 2018 with Ted Simons as moderator.

Lesko said stopping people from entering the country illegally will help defray the billions of dollars the wall is expected to cost.

Tipirneni responded that she wants border security, as well, but spoke of different ways to go about it than building a new physical barrier.

“There are areas to reinforce,” she said. “We also need more boots on the ground, more equipment. I’ve been to the border. This is what they tell us.”

Tipirneni lost to Lesko in a special election in April. But the margin was close — less than five points in a heavily Republican district.