Last month, NASA's new TESS spacecraft discovered its first confirmed exoplanet. As the roster of planets orbiting distant stars approaches 4,000, some scientists are posing the compelling question: Is there life out there?

For Hilairy Hartnett, a biogeochemist at Arizona State University's School of Earth and Space Exploration (SESE) and School of Molecular Sciences, it's the most natural question on this — or any other — world. 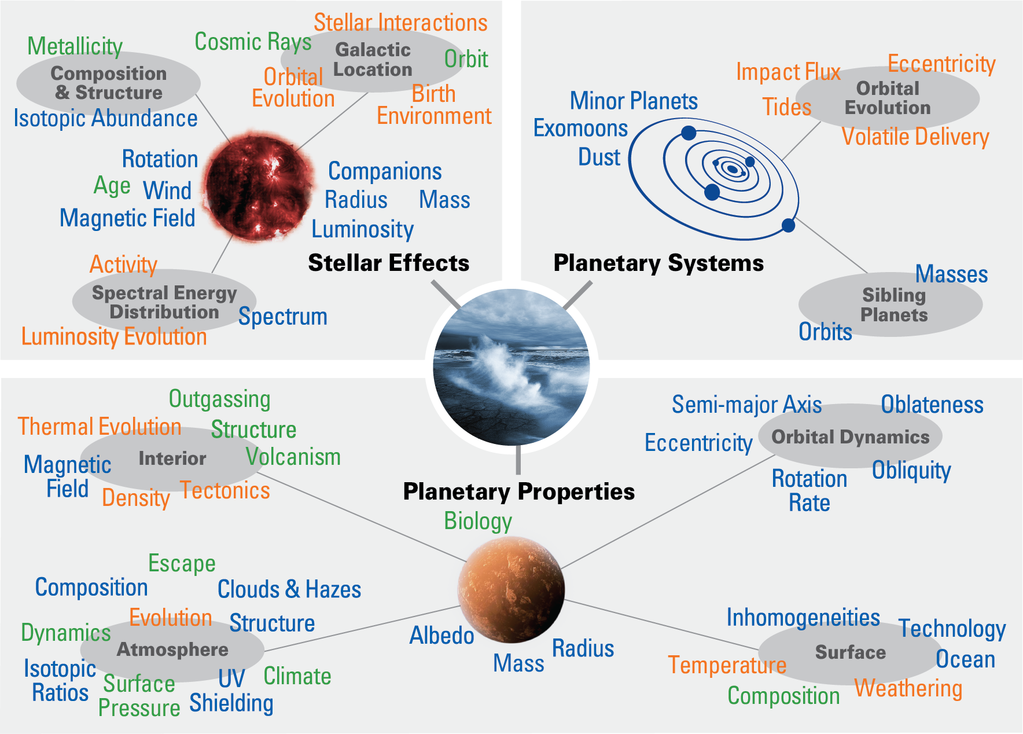 "Who hasn't stood in a relatively dark sky place and looked up at the stars and wondered about them?" She said. "Now we know, when we look up at the stars, they all basically have planets."

As of 30 years ago, every known planet orbited Earth's sun. Now, scientists believe distant planets outnumber stars in the sky.

"Super-Earths," "hot Jupiters" and other worlds emerge from the smallest clues: a star wobbling under a planet's gravitational tug, or dimming as its child world passes by or "transits." The more worlds we find, the more we realize how atypical we are.

"The thing I think is really cool about exoplanets in particular is that we have found so many planet types that we don't have in our solar system," said Sara Walker, theoretical physicist, astrobiologist and deputy director of ASU's Beyond Center for Fundamental Concepts in Science.

Is there life on these worlds? One way to find out: Use the planet-finding transit method to detect biosignature chemicals in a planet's atmosphere.

"Its atmosphere is essentially backlit by the booming light of its star. And so you can see the signature of the planet atmosphere as the starlight passes through the atmosphere and into our telescopes," said astrophysicist Evgenya Shkolnik of ASU SESE. 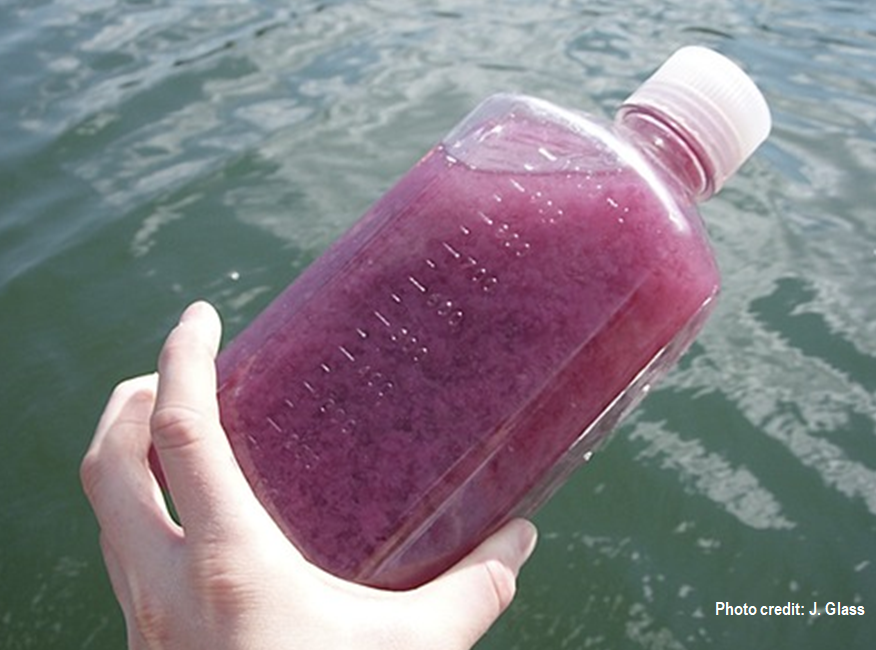 On Earth, it took photosynthetic bacteria to unlock oxygen, but dead planets can make it geochemically. On the other hand, we could miss genuine biosignatures if their star's ultraviolet radiation erases them before detection.

What's more, our timing might be off: A billion years passed on Earth between when life first released oxygen and when it began building up in the atmosphere.

"If we saw the early Earth as an exoplanet, we might not recognize it as an inhabited planet," said Hartnett.

But something more than close-mindedness drives researchers to seek familiar biosignatures such as water, carbon and phosphorus. These substances have special chemical properties that make them suited to supporting life, said Hartnett.

"Water is amazing. I have a whole lecture in my geochemistry class that's title is, 'Why is Water Neat?"

As for carbon, it's a bit like those people who throw great parties because they naturally bond with everyone. 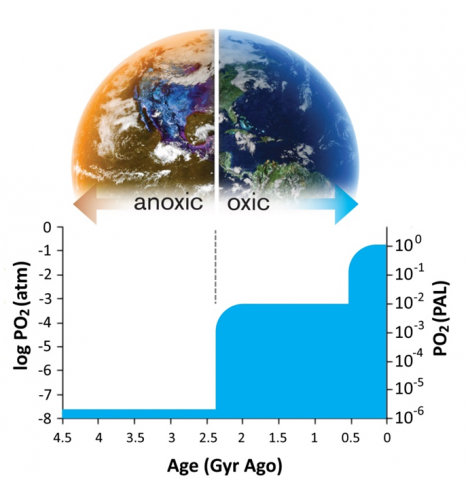 Michael Northrop/ASU
Changes in Earth’s atmospheric O2 through time. O2 was vanishingly low for Earth's first 2 billion years, but life evolved and thrived in this period. O2 first increased at ~2.4 billion years ago. Current technologies would not detect such low levels.

Hartnett also explained how phosphorus supports the assembly and vitality of life forms.

"It's both a structural component to our DNA, and it's the one of the molecules that allows us to have an energy currency for our metabolism," she said.

But scientists seeking life light years away must also look beyond the familiar to consider possibilities that are more alien. There's just one problem: We don't really have a workable definition of life. Walker summarized one oft-cited but unofficial NASA definition.

"Life is a self-sustaining chemical system capable of Darwinian evolution," she said, quoting the guideline.

Some view that description as insufficiently abstract, and they have turned to more encompassing descriptions, such as "that which creates order using energy," or "causes disequilibrium" or "imprints patterns on its environment."

"I think whatever explanation there is for life, in order for it to be really universal, will have to necessarily be very abstract just in the same way that most of our fundamental theories of nature are really rather abstract."

Michael Northrop/ASU
Anoxic ecosystems are common on Earth. They reflect diverse chemistries, reveal information about the early Earth and inform the potential for life on early Mars. They and their biosignatures may be among the most relevant for life on exoplanets.

Walker sees the search for life on exoplanets as a chance to bracket in what life is and what it isn't — the first-ever statistical sampling of life with a population greater than "us."

"I really just want some constraints on the theory-building, which is very selfish. Most people are really interested in meeting aliens and things. I just want to know what we are and build better theories for life. So give me some constraints!"

A Galaxy of Planets

"We're on the verge of answering questions that people have been asking for thousands of years, which I think is a super exciting time to be alive," said Shkolnik. 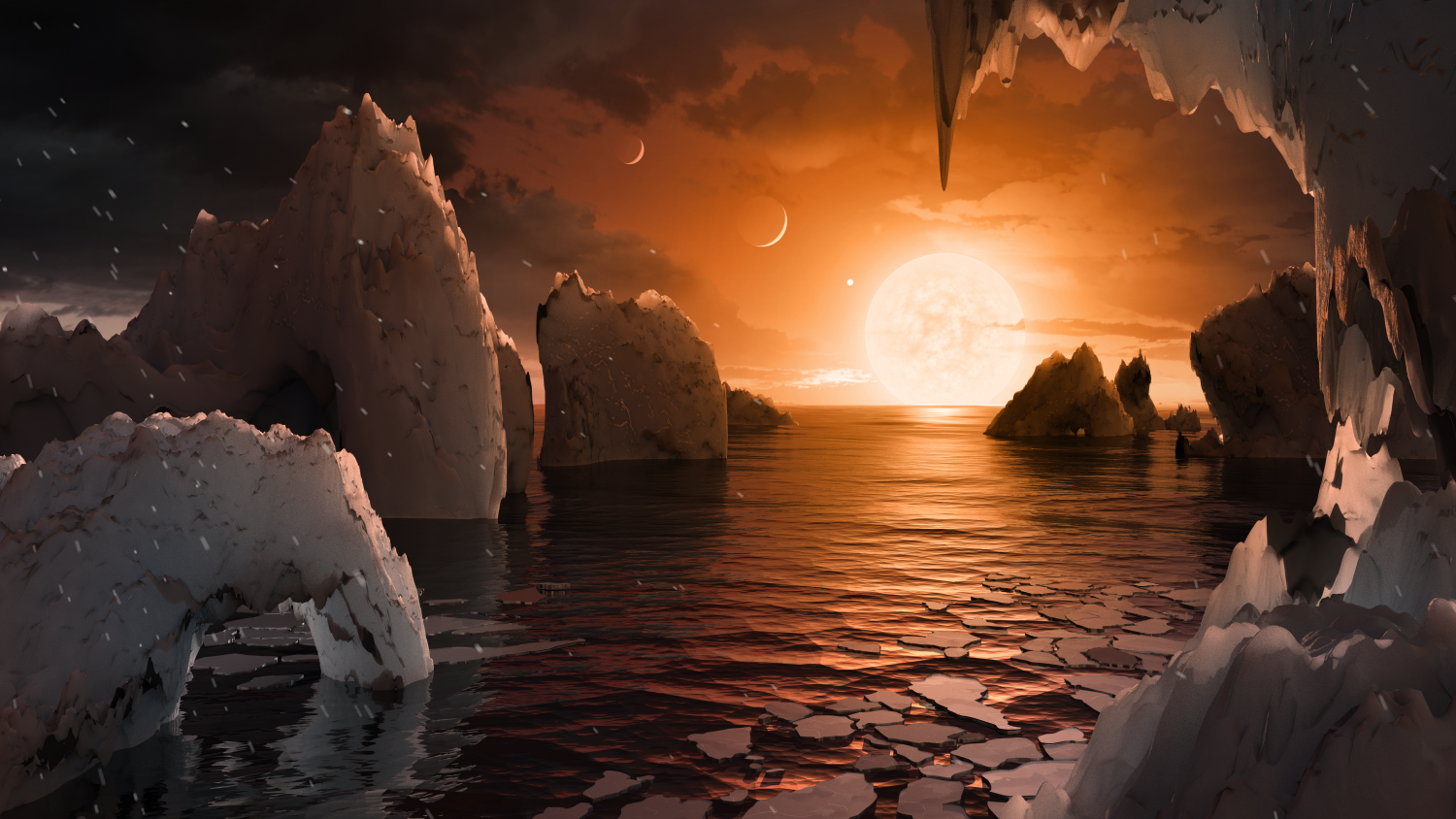 NASA/JPL-Caltech.
This artist's concept by Tim Pyle allows us to imagine what it would be like to stand on the surface of the exoplanet TRAPPIST-1f, located in the TRAPPIST-1 system in the constellation Aquarius.
Science The Show