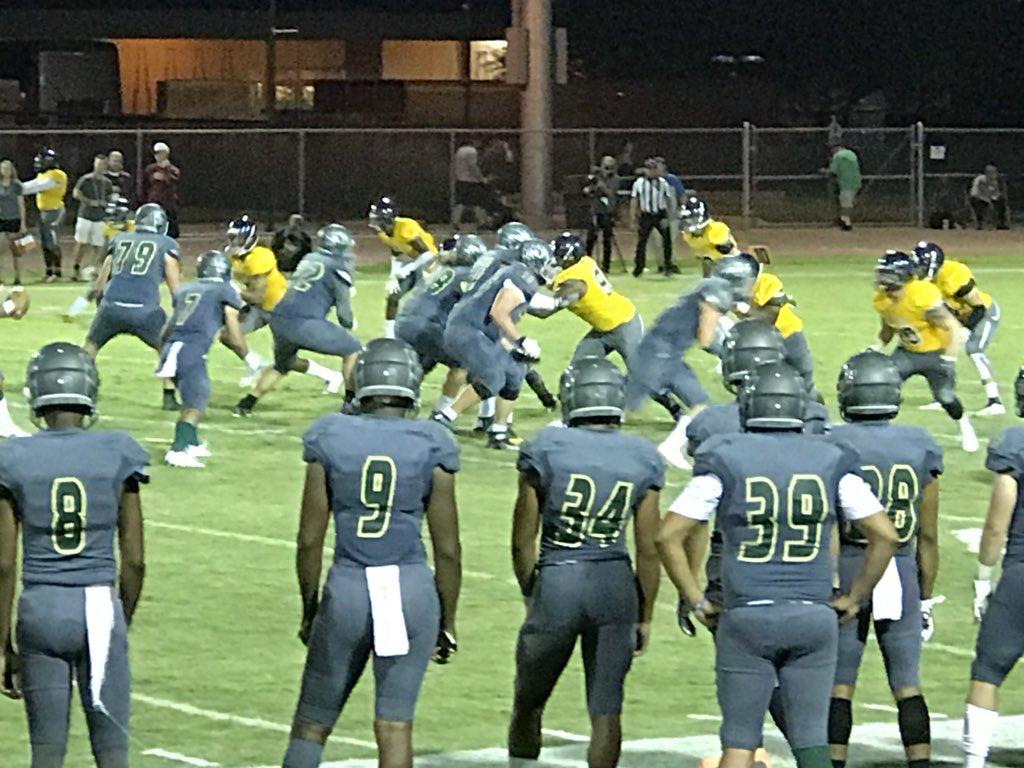 In what it calls a cost-saving move, starting next year, the Maricopa County Community College District is eliminating its football program.

Teams at its Scottsdale, Glendale, Mesa and Phoenix campuses are playing out their final seasons.

Since making the decision to cut the programs, the district has faced a backlash — and the fight to save the program isn’t over yet.

It’s a Saturday night at Scottsdale Community College and the sounds of football fill the still 100-degree air.

The Artichokes are hosting the Phoenix College Bears, a tradition that dates back decades, but will soon be coming to an end.

“This is a huge loss for the kids that need that second chance to make it to the big leagues, make it to the next step in football,” said Kimberly Jones, mother of Artichokes offensive lineman William Jones.

"Get good grades here, know that they can go to the next level — even if it’s not with sports, he can continue on with his education after this.”

Also in the stands is an NFL player, a 284-pound defensive tackle named Tani Tupou, who has spent time with the Seattle Seahawks, Atlanta Falcons and in Arizona with the Cardinals.

He’s here watching for the love of the game, also clearly displayed by young athletes on the gridiron.

“Being here on Saturday night at 7 p.m., playing JUCO ball," Tupou said, "that’s going to be their stepping stone in order to make it to D1, D2, D3 to maybe even the NFL, CFL or wherever else in life.” 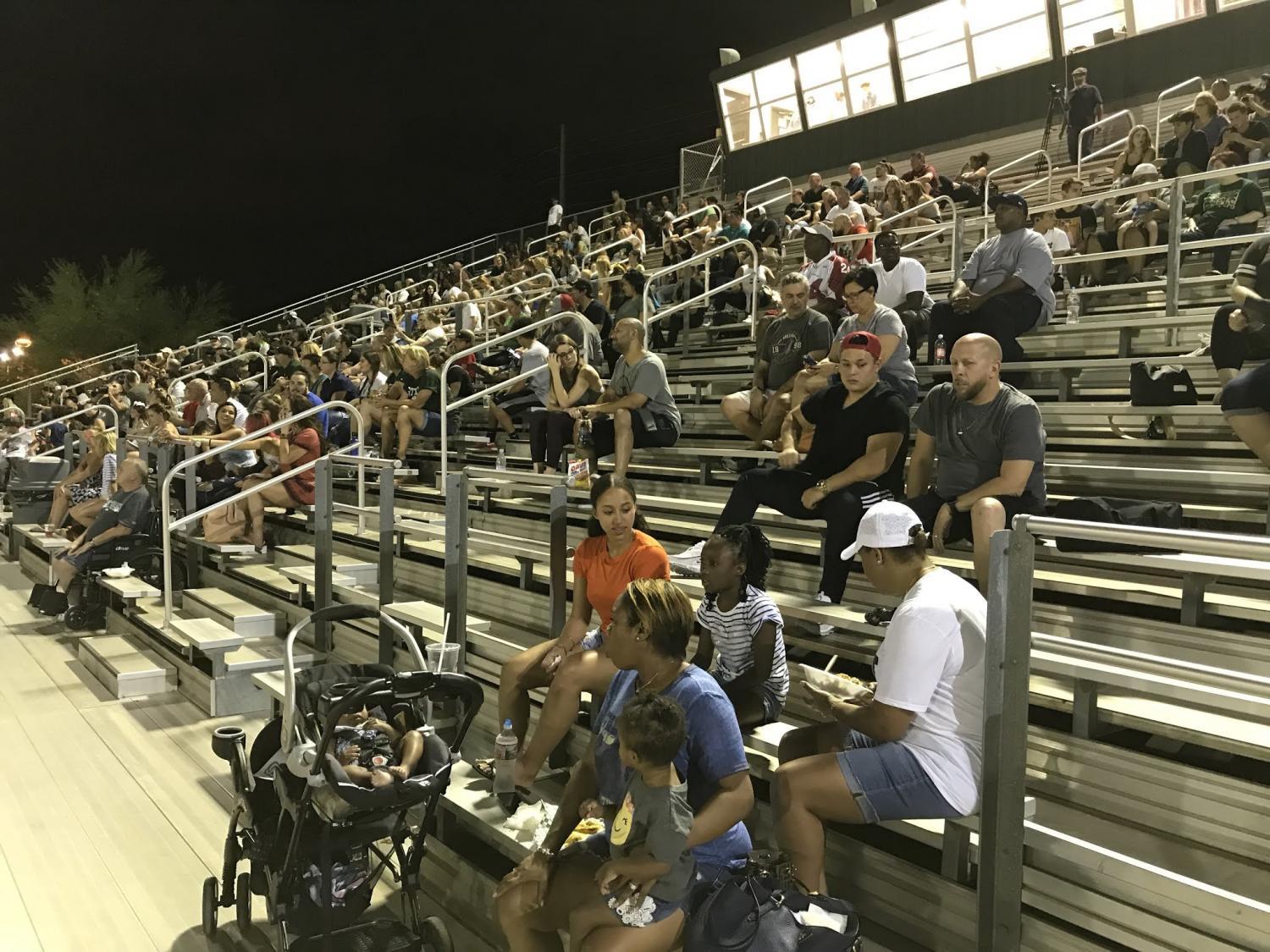 Back in February, the Maricopa County Community College District made the decision to cut the sport from its roster.

“The district administration, the college presidents in particular, were having to sacrifice hiring of faculty and other lines, and we’re here to educate,” Hasson said.

But they didn’t expect the backlash.

“I went through the seven stages of grief, I guess, somewhat depressed for a while. Then after a while I decided — let’s go fight!” said former Glendale Community College head coach Joe Kersting, who still teaches in the school’s Fitness and Wellness Department, and is leading the effort to restore the football program.

He challenges the district’s claim that they are losing money at the expense of academics.

“In tuition, fees and FTSE (Full-time Student Equivalents) alone, football players going to those colleges match that number. So, where they’re saying they’re losing money because you have football programs, doesn’t make a lot of sense.” 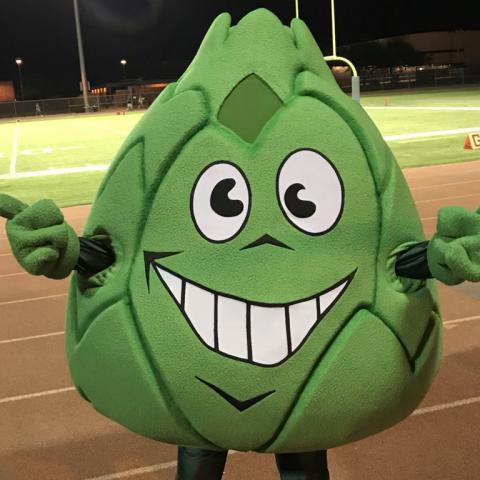 Kersting says he isn’t just fighting for students to have a chance to extend their football careers.

“These programs give opportunities to minority kids to first-generation students that probably wouldn’t even think about going to college.”

But Hasson dismisses the idea that minorities will be disproportionately affected, citing the district’s court battle to keep in-state tuition rates for students in the Deferred Action for Childhood Arrivals program.

“To suggest that we would do anything to negatively impact our underserved populations, it’s not a very strong argument. Look at DACA, we were the national leader in providing these students access to higher education. We led the nation to make sure these students had an opportunity.”

Kersting believes it’s part of a bigger strategy for the colleges, one that doesn’t include transient students.

“I don’t think it meets their model. The model of the transformation is complete associate's degrees and then go out and get a job. Most athletes, whether it’s football or any other sport, they want to play for four years.”

“This is a launch pad for kids to get your grades together, get your act together, mature a little bit. I think they focus too much on how many kids graduate from here versus how many kids leave here and graduate with a B.A. somewhere else.”

Hasson says with the loss of state funding in recent years, the district needed to make a difficult decision for its future.

“It’s a real concern right now, the financial strain on community colleges. And our focus is again on educating and providing access to underserved populations. If we can maximize the impact our dollars have on as many students as possible, we’re gonna do that.”

Kersting and his supporters say they plan to fight back at the ballot box by leading an effort to change the college’s governing board in November with hopes that new board members will choose to keep football kicking. 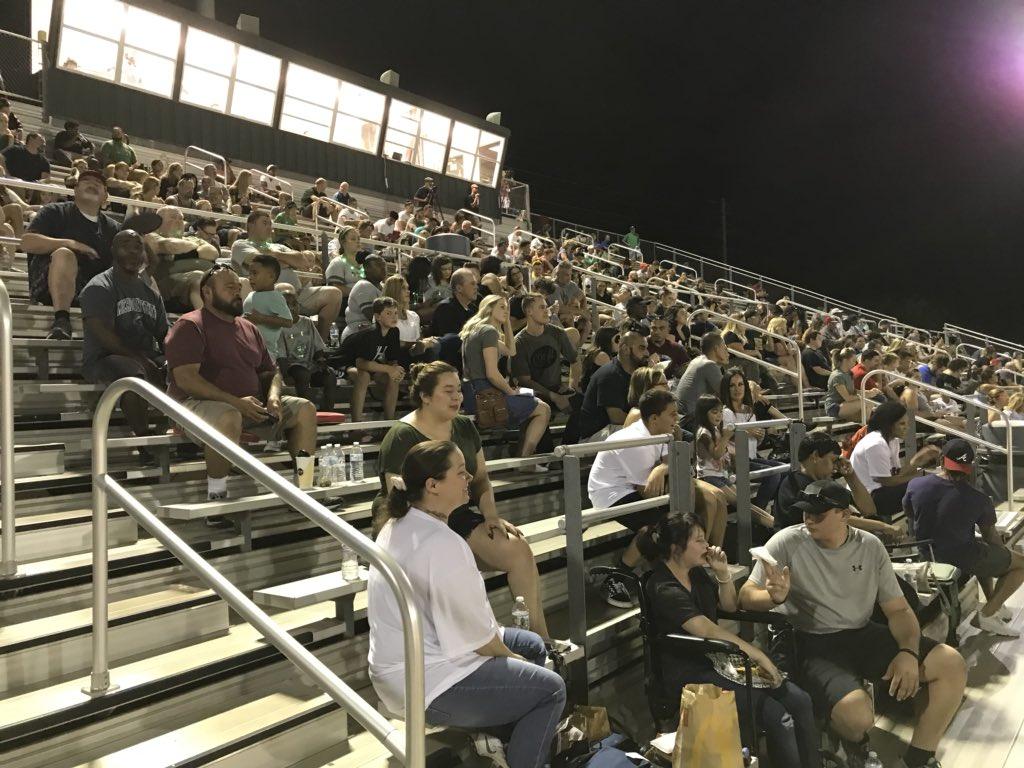 Phil Latzman/KJZZ
Fans in the bleachers watching a football game between Phoenix College and Scottsdale Community College on Sept. 1, 2018.
The Show