Auditory Illusions Offer Insights Into Music, Evolution And The Brain

But whichever name listeners heard in that fuzzy copy of a sound clip from vocabulary.com, the sound meme that swept the internet in May 2018 revealed much about how human hearing works.

"And no one's right or wrong, really, because it's all about your perception — this interpretation of your brain," said Corianne Rogalsky, a cognitive neuroscientist at Arizona State University.

Rogalsky specializes in the neurobiology of language, music and cognition, and how they change after brain injury.

"Because of the noise induced into that recording, your brain is trying to attend to the right information." 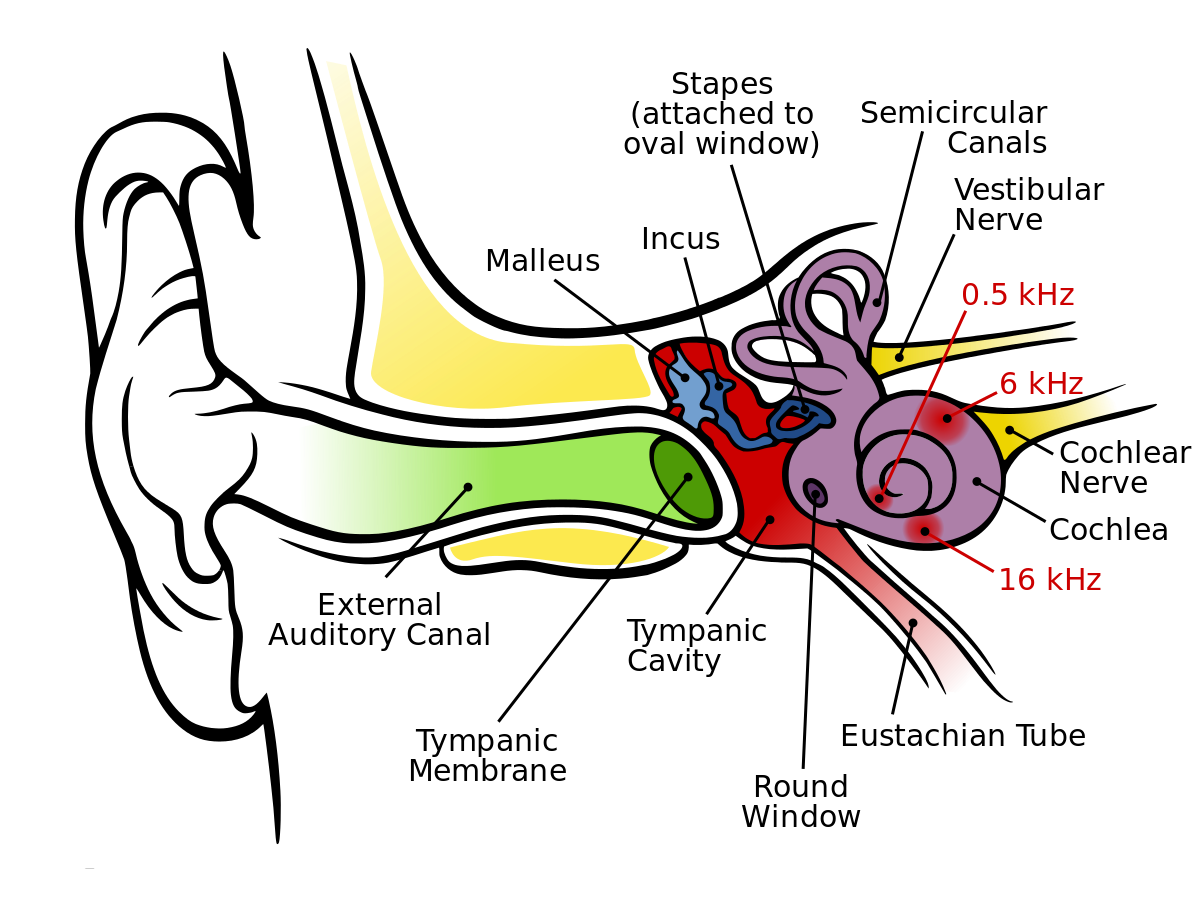 In other words, hearing is about what we pay attention to, and what we expect to hear.

"Our perceptions of the world are just as much guided by our expectations and experiences as they are by the physical energy coming into our brain," she said.

Consequently, illusions can occur within the inner ear, starting with the cochlea.

"The cochlea is really the place, the initial spectral analysis of the sound," said Brad Story, a professor of speech, language and hearing sciences at the University of Arizona specializing in computational models of speech production.

Story says that, because the cochlea grows narrower and stiffer as it spirals inward, parts of it vibrate at different frequencies.

"Then when you have a big disturbance in a certain part of it, the hair cells and the auditory nerves that are associated with them are excited."

Two intense tones can produce an illusory "combination" tone, also known as a Tartini tone, that sounds real but exists only in the cochlea.

Similarly, two different sounds, one played in each ear, can trick the brainstem into hearing a rhythmic "beat."

"Now that beat is not happening. It's not combining acoustically in the air; it's happening inside our head," said Story.

These auditory illusions are side-effects of adaptations that solve a critical problem.

"There's this infinite amount of information out there that you could be processing," said engineering psychologist Michael McBeath, who leads ASU's Perception, Ecological Action, Robotics & Learning Lab.

So the brain evolved shortcuts to speed reactions and process information faster.

"Our brain makes lots of heuristics, or sort of fast-and-dirty rules about the way the world works, and this allows us to navigate quickly in the world and survive," said Rogalsky. 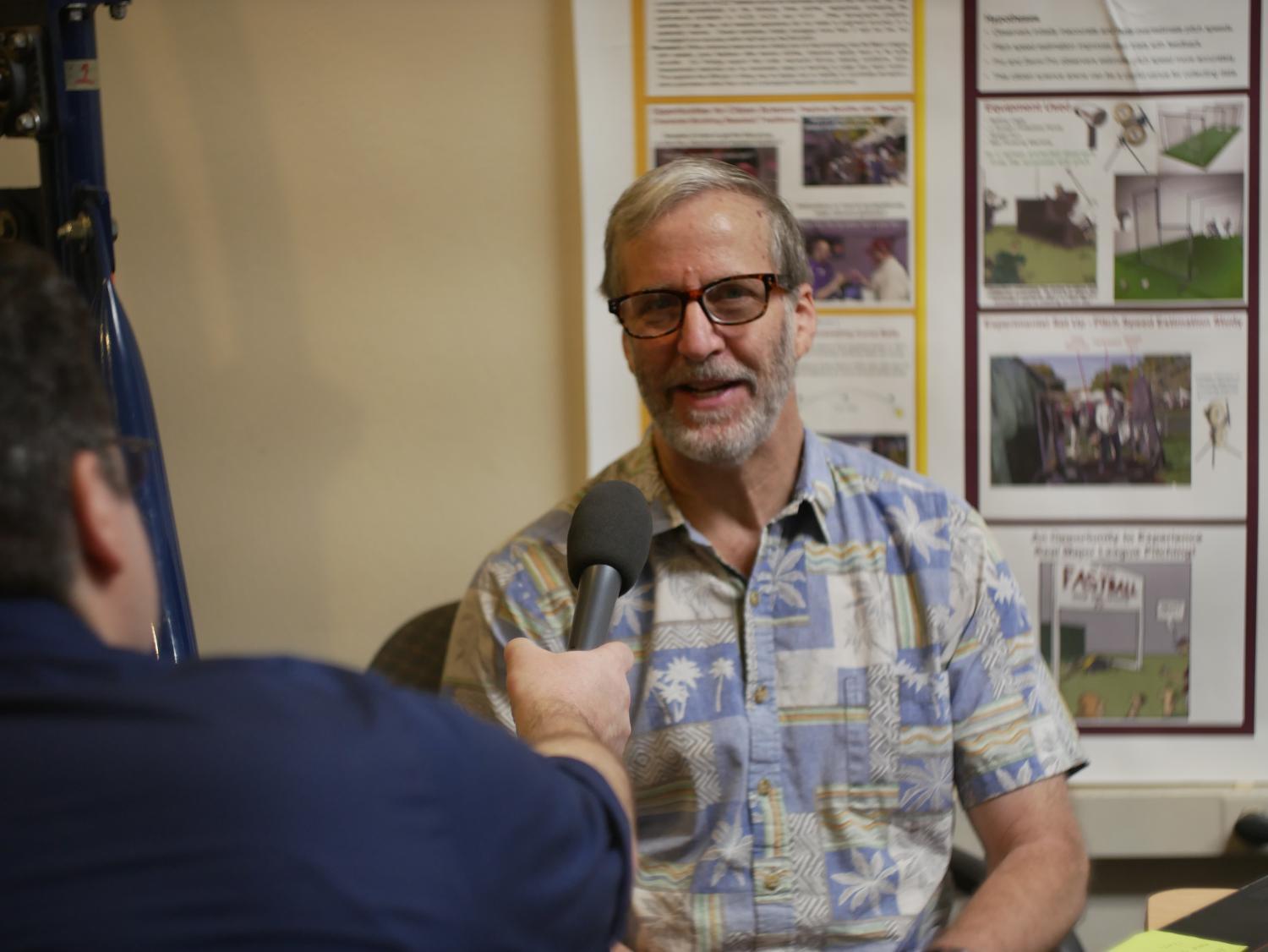 These rules include predicting what we're about to hear, biased by experience.

"It's not even a bias," said McBeath. "It's a tendency to guess accurately the way things are probably going to happen."

Through such guesses, we can make out a single voice amid a crowded room, or hear "happy birthday" in the muddy sound of a Talky Tape pulled through a plastic cup.

"Our auditory system is particularly good at interpreting the human voice," said Rogalsky.

Engineers employ such shortcuts when making hearing aids or compressing music into MP3 format. But when assumptions fail, or when we grow tired, they backfire: We hear voices in static, or in the thrum of a box fan.

Shepard tones show another way our auditory system can be fooled: By altering their volume as they change pitch, the music tracks convince the brain that they rise forever when they merely loop, like stripes on a barber pole.

"It makes you feel like you're losing time, or you don't really have a concept of time or your location within the musical soundscape," said Joshua Gardner, clinical associate professor of music and director of ASU's Performance Physiology Research Laboratory.

Exploiting our mental shortcuts is but one way composers manipulate our emotions.

In nature, for example, animals' voices grow louder as they rise in pitch. Gardner said that composers pluck at our heartstrings by defying that pattern.

"The magical moments are when we deliberately violate those expectations. When we ascend to a high pitch and we get very soft. That's something that gives us that goosebump moment."

Without the very shortcuts by which illusions fool us, we might never have survived to experience the beauty of music, the gift of verbal communication — or the joy of public radio.