A new study in the journal Proceedings of the National Academy of Sciences offers the best evidence yet for water ice on the surface of the moon.

For years, the search for water ice in the moon's most shadowed craters has involved indirect methods that produce results that don't always agree. Some hint at hydrogen locked up in the rocky surface cover, or regolith, but not necessarily as water; others point to surface deposits that could be water, but also could be hydroxide.

Using a distinct signature in the near-infrared spectrum that can distinguish water from hydroxide, and surface deposits from subsurface ones, the new study found ice in around 3.5 percent of the shadowed areas of many polar craters.

The pattern suggests that lunar ice forms through slow condensation following comet or meteor impacts, or from water migrating through the extremely thin atmosphere near the moon's surface, called the surface boundary exosphere.

This could mean ice forms differently on the moon than on Mercury or the dwarf planet Ceres, where it is purer and more abundant. 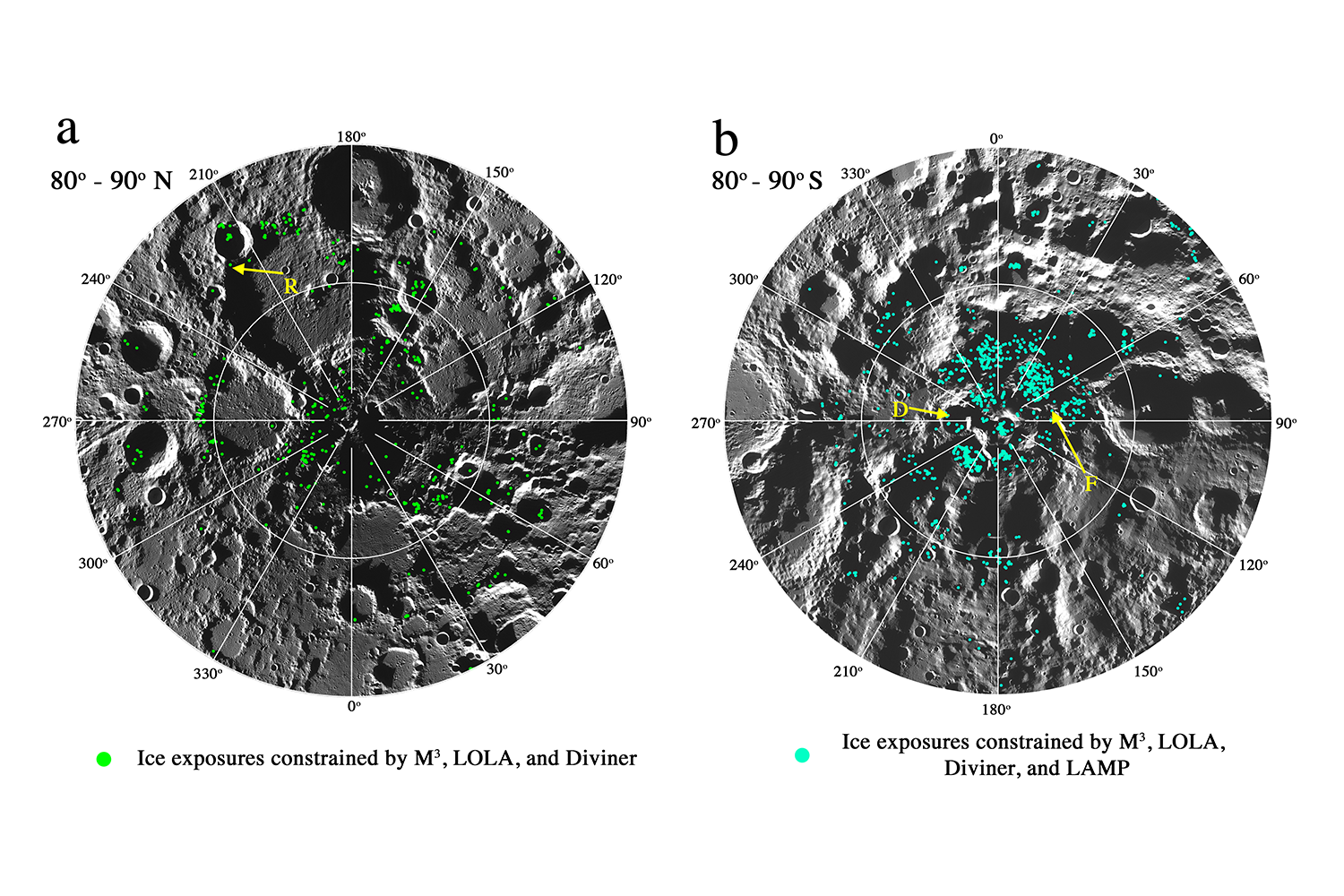 PNAS
Distribution of water ice bearing pixels (green and cyan dots) for the (a) northern and (b) southern polar regions. Each dot represents a 280x280-meter (918-foot) pixel from the Moon Mineralogy Mapper instrument on the Chandrayaan-1 orbiter.
Science