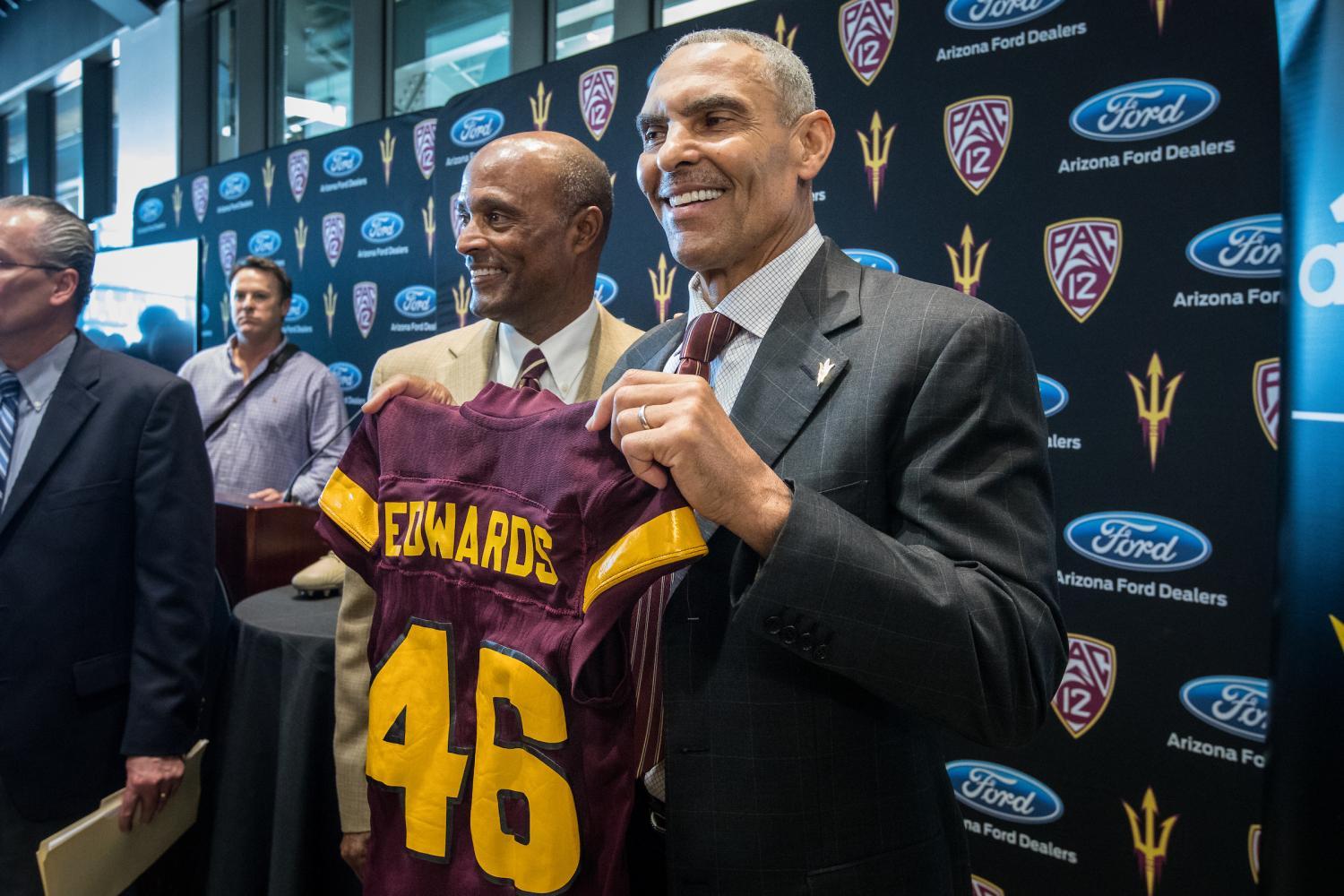 Football season is right around the corner, and it’s been a year of change for Arizona’s three major gridiron institutions — the Arizona Wildcats, Arizona State University Sun Devils and Arizona Cardinals.

Each has a brand new head coach — all three happen to be African-American — and their fans hope the fresh start will help revive their downtrodden teams.

It was an off-season of upheaval for Arizona’s football powers after only mediocre success in 2017.

ASU and the UA each finished 7-6 and lost their bowl games, while the Cardinals ended their campaign 8-8, and missed the postseason.

In Tempe, the Sun Devils cut ties with head coach Todd Graham, buying out the remainder of his contract for more than $12 million. In Tucson, amid an investigation into alleged workplace misconduct and sexual harassment, Rich Rodriguez as Wildcats coach.

Meanwhile, in the pros, Bruce Arians quietly retired as head coach of the Cardinals.

But that upheaval ushered in a new era.

”They’ve done it on other levels in sports here. Why can’t we do it in football? That’s our mission,” proclaimed Herm Edwards when the longtime NFL player, coach and commentator was introduced as the Sun Devils' new top man in December.

Soon after, the Wildcats hired former Texas A&M coach Kevin Sumlin, who called the opportunity “the right place and the right challenge.”

Then, the Cards made their choice: Carolina Panthers Defensive Coordinator Steve Wilks.

While coincidental, the hirings of the three men marked a milestone.

“This particular moment where these head coaches are coming in to a state like Arizona, it very much matters,” said Rashad Shabazz with ASU’s School of Social Transformation.

“Given the fact that for many of the people here in the state, this is going to be the first time they’ve ever seen a black head coach standing on the sidelines coaching their teams.”

It’s a definite first at ASU and UA, and the second time for the Cardinals, which previously hired the late Dennis Green for its top job in 2004.

“It is significant. And it’s significant because black coaches in both the NFL and college football are rare,” Shabazz added.

In fact, in a sport dominated by African-American players, among the 128 major college programs, only 13 have black head coaches. In the NFL, it’s seven of the 32.

And the moment is not lost on the three.

In an interview with the Arizona Republic last month, the 64-year-old Edwards reflected on what life was like coming of age as a black athlete in the 1960s and 1970s.

“We’re all working towards one goal and that’s to bring a championship to the Arizona Cardinals,” Wilks said at the time.

“When you sit at the supper table, and you listen to the conversation and you grow up in the civil rights movement — you get bused because of a desegregation program to a predominantly white high school out of your neighborhood — you start looking around and you go, this is kind of interesting,” Edwards said.

If not for football, Edwards believes it might not have been so easy to stay shielded from the unrest around him.

“Sports is the great equalizer, because sports puts you in the bubble where it goes. It doesn’t matter what people outside this bubble [say] because the people I’m associated with, we’re all the same. It’s all good.”

At his introductory news conference at the UA, new coach Kevin Sumlin was asked about it right off the bat, and felt the topic was getting old.

“It is significant, but this my third time being the head coach and I’ve been asked that question every time,” Sumlin said.

You hope that in time, in the next 5-10 years, that that is not the first question you get asked."
— Kevin Sumlin, Arizona Wildcats head coach

“You hope that in time, that in the next 5-10 years, that that is not the first question you get asked.”

Rashad Shabazz hopes the same thing. But he still believes it’s worth noting that football in Arizona may be having a moment.

“Here’s one of the reasons why having a black head coach is important,” Shabazz said. “There is the possibility that black head coaches recognize and have experience with police violence. And they will be sympathetic to the anxiety and fears that black players have.”

New Cardinals coach Steve Wilks says no matter who’s on the sidelines, his players are all looking for the same thing.

EDITOR'S NOTE: A previous version of this story incorrectly stated that Herm Edwards was introduced as ASU's head football coach in January. It has been corrected to December.