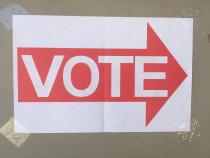 After Arizona’s chief elections official reassured residents that the state’s voting system is safe from hackers, an elections security expert is taking issue with some of those claims.

“None of these machines that people vote on are connected to the internet, so that usually provides a level of comfort to people,” Reagan said.

But that doesn't bring much comfort to Jacob Stauffer, director of operations at Texas-based Coherent Cyber, which helps states protect their elections systems.

“There have been secretaries of state and vendors that have said that their systems are unhackable," he said. "And we have shown in the past that is absolutely not the case.”

“Until you have verified and tested these systems, you cannot make those claims,” Stauffer said.

In 2016, Arizona’s voter registration database was one of the first systems targeted by what were believed to be Russian hackers.