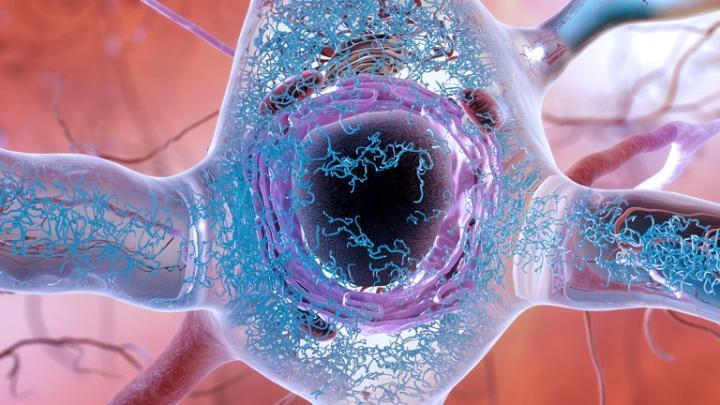 The destructive progression of Alzheimer's disease follows the growth and spread of toxic protein clumps in the brain.

Now, a team of researchers from University of Texas Southwestern Medical Center, University of Delaware and Washington University in St. Louis have identified a single protein "seed" that begins the harmful chain of events in this and other tau protein disorders.

The research appeared in the open-access journal eLife.

Around 5.7 million Americans live with Alzheimer's disease, and experts expect the number to rise as the population ages. The disease causes neurodegeneration in part due to the accumulation of tau protein clumps called tangles or aggregates.

Previously, researchers thought tau aggregates would build up where tau proteins were abundant. Like salt crystals grown in a briny solution, they simply needed another tau clump to act as a seed.

Scientists thought these seeds, or templates, themselves comprised large clumps of tau. They also thought such a clump could act as a mobile point of origin, or nidus, for other clumps to build on.

"Somehow, these seeds may actually even move from one cell to another and, when they get into a new cell, they act as kind of the nidus for new growth of a new assembly in that cell," said Dr. Marc Diamond, who directs the Center for Alzheimer's and Neurodegenerative Diseases at University of Texas Southwestern Medical Center.

To test these and other hypotheses, the team set out to find the initial molecular trigger that prompts tau proteins to begin forming toxic clumps.

UT Southwestern
Scientists at UT Southwestern Medical Center have discovered what they're calling the "Big Bang" of Alzheimer's disease — the precise point at which a healthy protein becomes toxic but has not yet formed deadly tangles in the brain.

"What is the first, kind of, molecular event where you're normal and then something happens, and then you start to develop this disease? And what we're saying is, you can trace that back to a single protein changing its shape," said Diamond.

To their surprise, he and his colleagues discovered that a single tau protein could seed an aggregation. That's because tau proteins exists in two distinct, stable forms: an inert, harmless version and a type that promotes clumping.

What's more, the harmless shape can change into the damaging one, whose more open structure exposes key amino acids that promote aggregation. Like a wad of one-sided tape uncurled to expose its sticky side, these "bad" tau proteins more readily assemble into toxic aggregates.

The process resembles the one followed by prions, the infections proteins that cause neurodegenerative diseases such as Creutzfeldt-Jakob disease, fatal familial insomnia and mad cow disease. In fact, Diamond's lab began calling tau proteins prions in 2014, although the prion hypothesis remains controversial.

"We need to know: what is the responsible molecule? Because drug discovery, drug design, begins with knowledge of the target," said Dr. Thomas Beach, a neuropathologist and director of the Brain and Body Donation Program at Banner Sun Health Research Institute, who is familiar with the research.