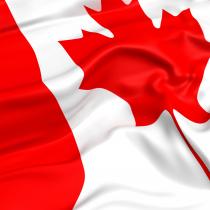 If there’s one issue that has united Arizona business leaders, it’s tariffs. Most agree that recent trade disputes are unnecessary and could hurt the state’s bottom line.

While Arizona’s proximity with Mexico is obvious, the state’s commerce connections with Canada are not.

Canada is Arizona’s second-largest export market and its third-largest importer. According to U.S. Census figures, that combined trade represented over $3.5 billion in trade in 2017.

According to the Canada Arizona Business Council, About 400 Canadian companies operate in the state and another 150 Arizona companies north of the border.

“It’s very unfortunate when the U.S. and Canada, who are hands down best friends, have fought wars together, protect the continent together militarily, get to a point like this,” Williamson said. “I am hearing nothing from our 400 Canadian companies here (in Arizona) other than dismay on how it is being handled verbally.”

“We oughta be looking to remove barriers to trade, not erect them,” said Taylor.

The Chamber argues that trade spat between allies may not be as much about steel and aluminum, but more about relationships.

“The relationships are very strong, very deep. Think of all the Canadian license plates that we see around town when north of the border they are digging out from their latest blizzard,” Taylor said. “It just sends the wrong message to our friends and neighbors and really our trading partners, our business partners.”

In addition to ill will, Taylor believes the result of the tariffs will be more expensive products and less choices for Arizonans.