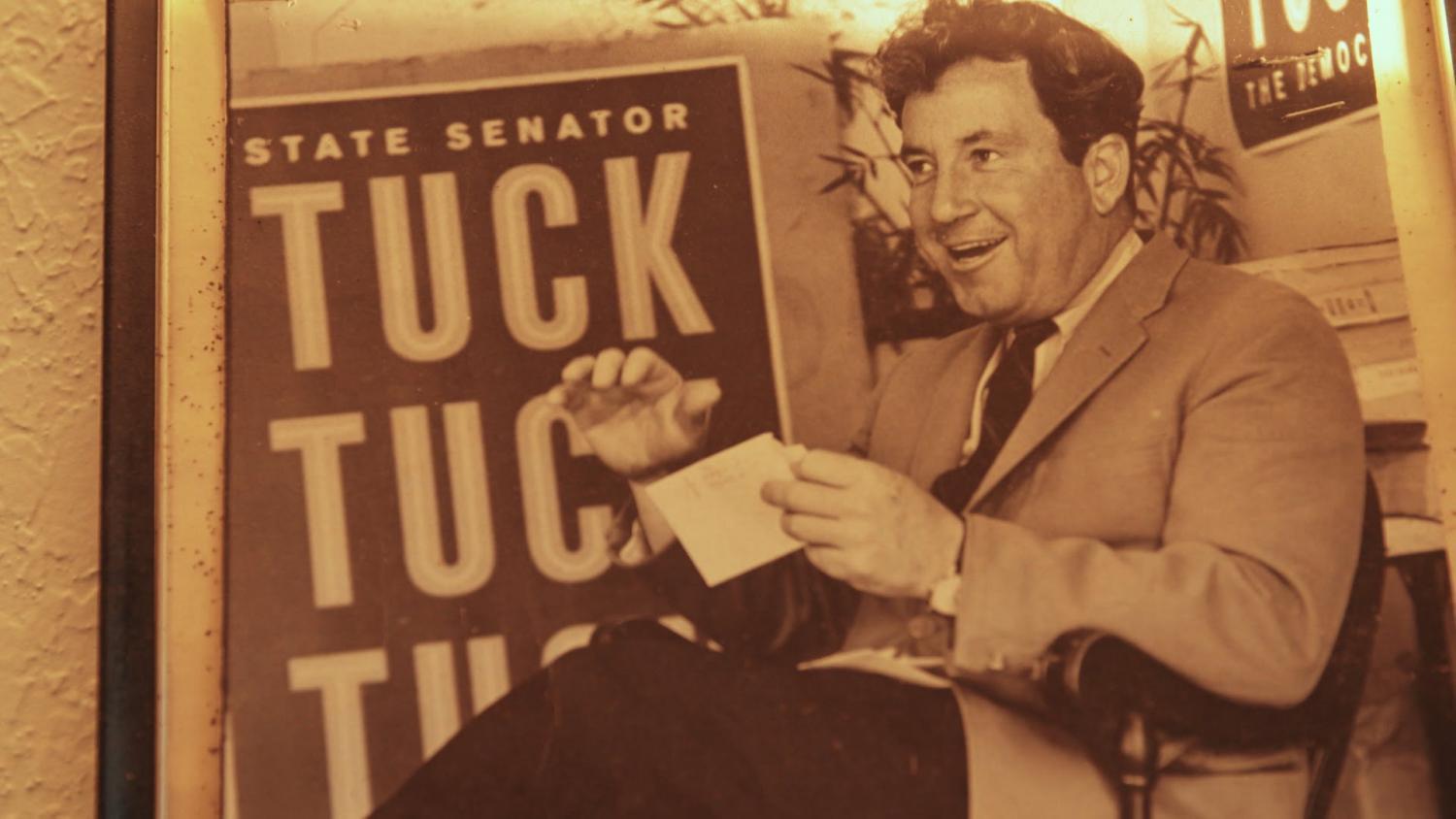 On Monday, the nation lost one of its most memorable political scalawags. Hated by some, beloved by many, Richard Gregory Tuck, or Dick Tuck, as his friends and enemies knew him, passed away in Tucson on Memorial Day.

An Arizona native, Tuck climbed the political ladder to rub shoulders with the Kennedy family, President Richard Nixon and Arizona Sen. Barry Goldwater — he is famous for the pranks he played on them.

To tell us more about Tuck’s life and unbelievable political career, arts and culture producer for Arizona Illustrated Andrew Brown spoke with The Show. He profiled Tuck in 2016 for Arizona Public Media.