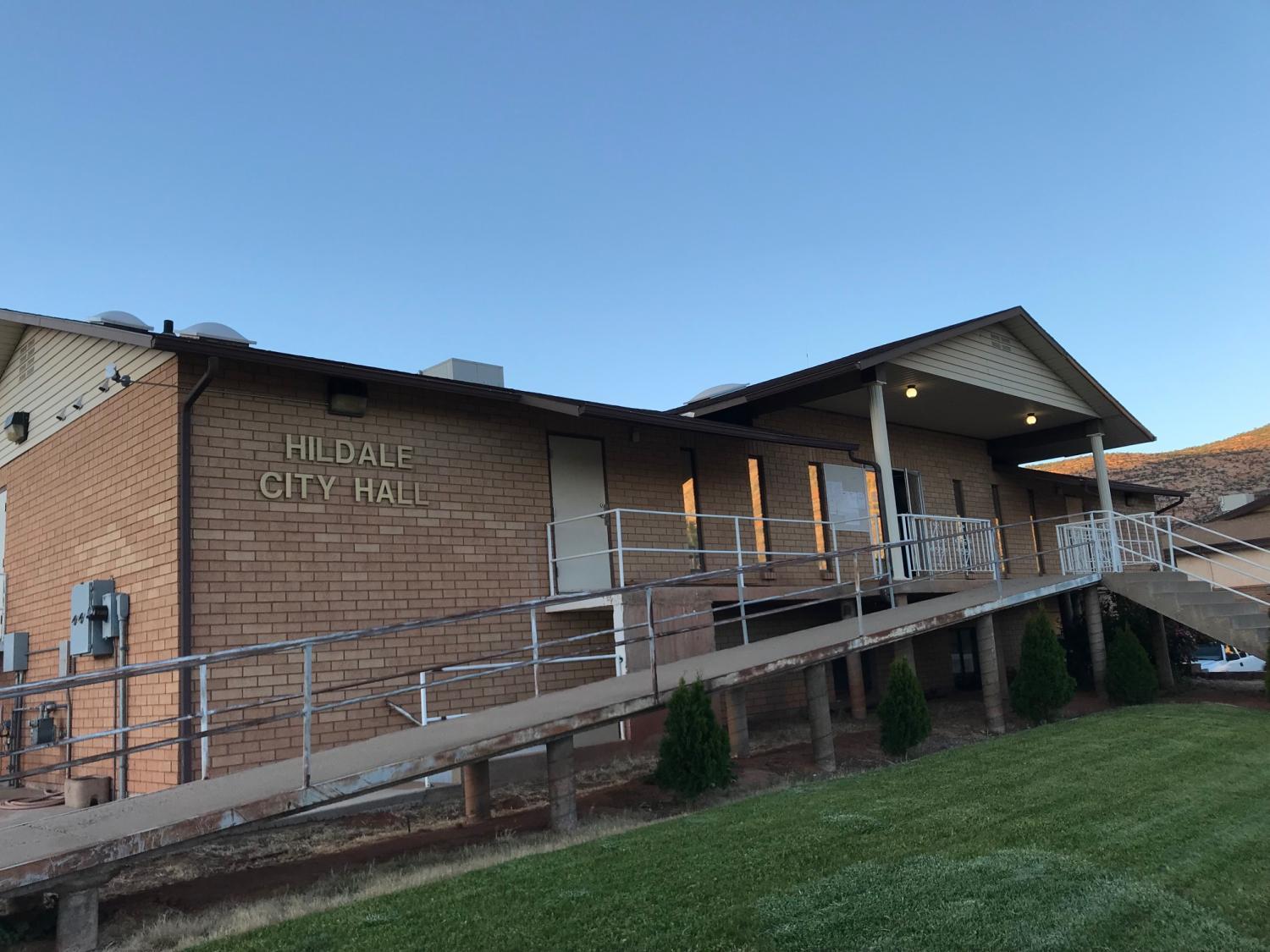 Hildale, Utah, announced Wednesday it's withdrawing its appeal of a judge’s orders in a Justice Department lawsuit. Hildale, along with Colorado City, Arizona, makes up the community of Short Creek, home to the polygamous sect the Fundamentalist Church of Jesus Christ of Latter Day Saints (FLDS).

The appeal was filed in response to orders made after a 2016 lawsuit in which the small cities were found guilty of discriminating against non-church members, and acting as arms of the FLDS church. Those orders that required specific actions from the towns and its departments, like hiring a mentor for the marshal’s office and dividing up land that was once held by the church. These measures are supposed to ensure that no one in the community is treated unfairly.

Both towns initially appealed the rulings, but in a departure from Colorado City, Hildale decided to withdraw its appeal.

“This is in an effort to help the community move forward, heal, and prosper,” said Hildale Mayor Donia Jessop. “As well as to establish trust with our partners in the state and federal governments.”

Though the towns are different municipalities on either side of the state line, they still operate as one community, making this decision somewhat complicated, though both mayors say they plan to continue working with the neighboring city, and don’t anticipate issues in doing that.

“As far as a working relationship with Hildale going forward, I don’t really have a big concern with that,” said Colorado City Mayor Joseph Allred. “There’s a lot of other areas that we’re working well together in, and I don’t see any reason why that couldn’t continue.”

Mayor Jessop said the town’s motivation in doing this was more about its connection with the state than with its twin city.

“I don’t know that this will actually create unity between the two towns. That wasn’t what we were focused on, so much as we were focused on healing a relationship with the state of Utah ...”
— Hildale Mayor Donia Jessop

“I don’t know that this will actually create unity between the two towns. That wasn’t what we were focused on, so much as we were focused on healing a relationship with the state of Utah – showing them that we want to move forward,” said Jessop.

In the meantime, both towns are still currently required to comply with the judge’s orders.

“The orders of the court have laid out a lot of specific requirements, and I think we’re doing well in the compliance with those,” said Mayor Allred. “And we have the spirit of wanting to comply. And we want to go forward. We want to serve the citizens well and fairly.”

The announcement of the city’s withdrawal from appeal was just one of several big changes that happened at City Hall on Wednesday.

Lawrence Barlow and Stacy Seay were elected to fill vacant seats. One of those seats opened up when a council member resigned citing work conflicts as a reason why he was unable to attend council meetings. The other, Brian Jessop, was not in communication with the council, and is currently embroiled in a lawsuit in which he is accused of using child labor.

The election was done according to Utah state code, which in this case does not call for a vote from the people. Instead, candidates have an opportunity to speak publicly about their qualifications and why they want the position, and the three existing council members vote.

Both Barlow and Seay are excited to serve, and said they’re ready to do the hard work that is ahead.

“I’ve had many years of exposure to the institutions and systems that have worked well in the past, and I’ve observed over the past several years that the workability has diminished,” said Barlow. “I would like to see us take the best from the past and bring it forward.” 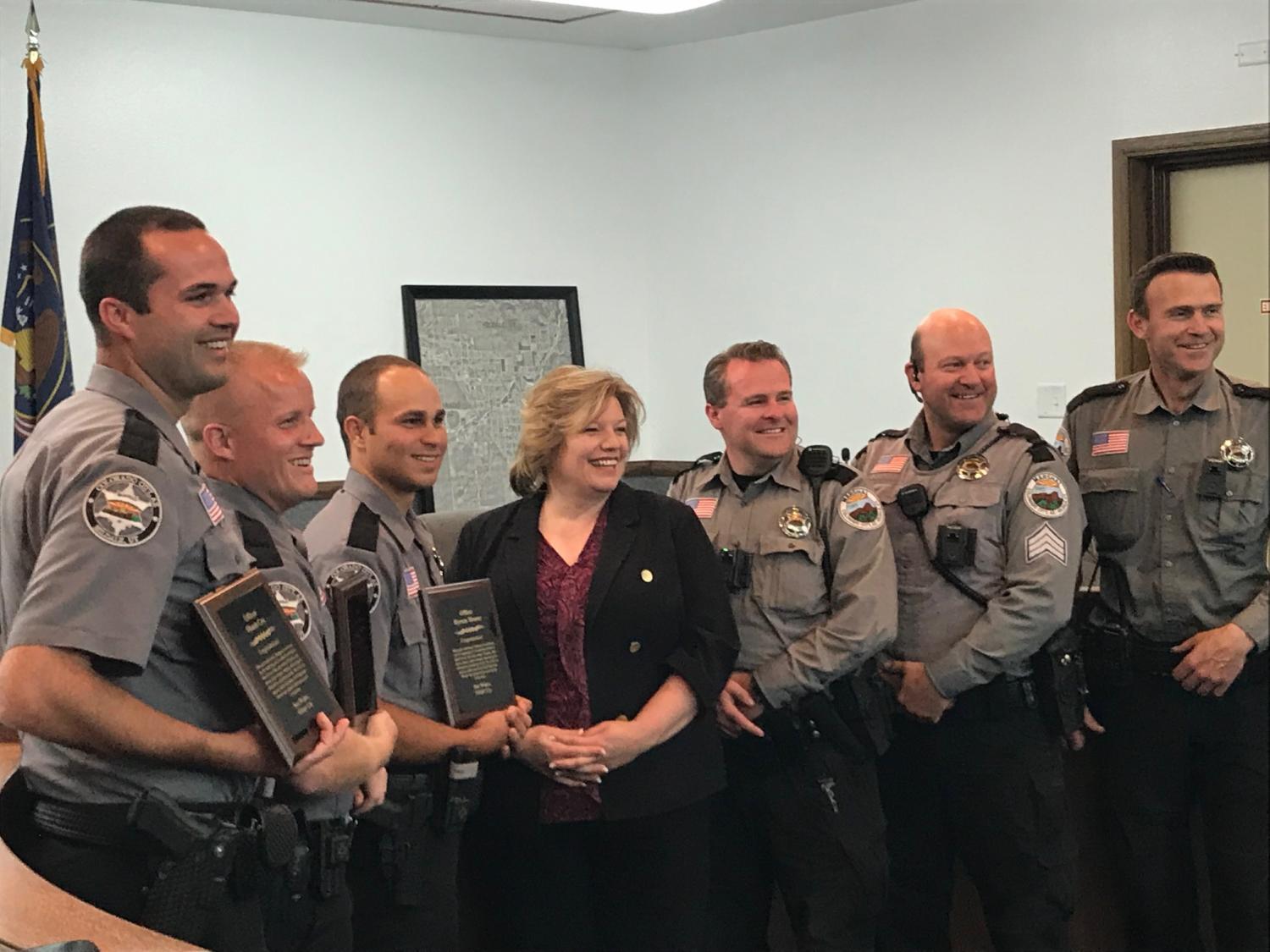 Additionally, on Wednesday three new police officers were sworn into the Colorado City Marshal’s Office, which acts as the police force for both towns. The department is in a tumultuous state as the police chief was fired in March, and at least one person who was running for a vacant city council seat mentioned distrust of the police department as a big problem within the community.

The current plan is to hire someone from outside the community to fill the role, and interviews for that position are underway.

While the new officers have some big challenges ahead of them, they all seemed enthusiastic and proud to step into their new roles.