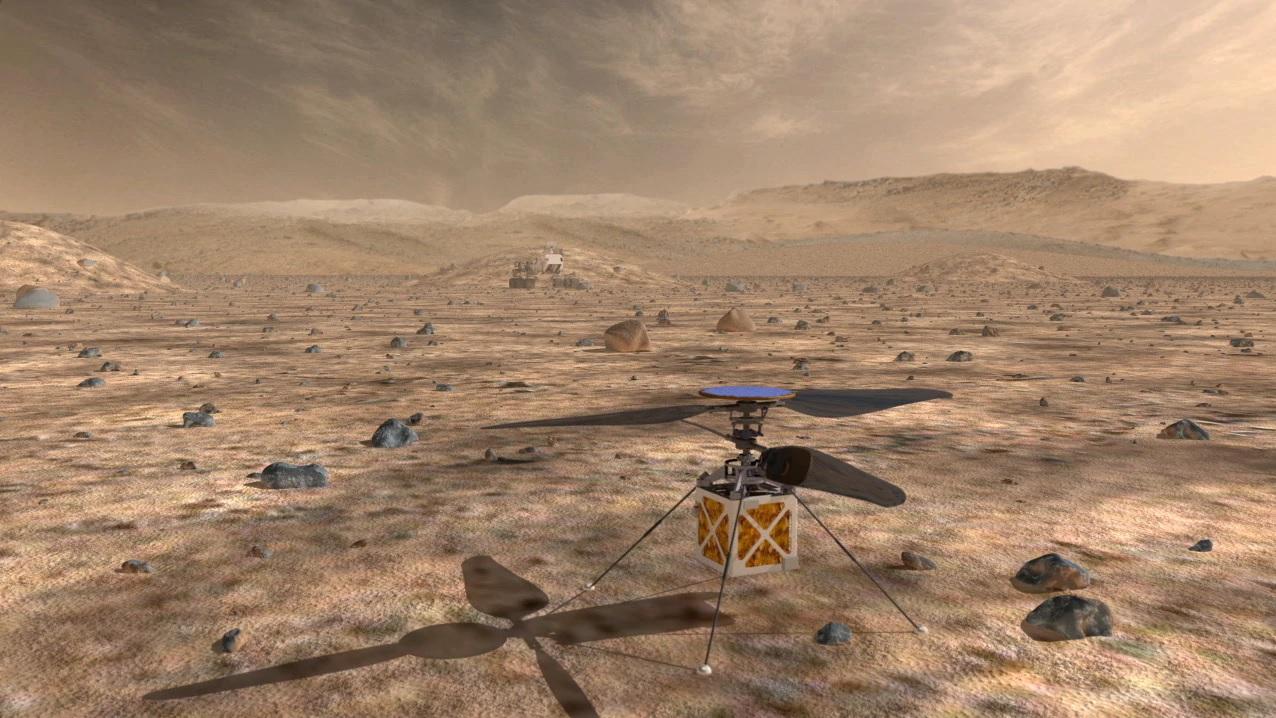 NASA/JPL-Caltech
The helicopter drone could triple the distances that Mars rovers can drive in a Martian day and help pinpoint interesting targets for study.

When the next Mars rover launches in 2020, it will sport a sidekick: a football-sized scout helicopter.

NASA will test the chopper's feasibility on the Red Planet and use its bird's-eye view to improve mission planning and rover navigation.

James Bell, a professor in Arizona State University's School of Earth and Space Exploration, is principal investigator on Mastcam-Z, the main camera system that will serve as the rover's eyes.

He said such tech demos are not uncommon.

"NASA does this; they'll fly different systems, subsystems or pieces of payload as a demo, so that you can try to work out the bugs, so it can be used on a future mission. For example, the first rover that went to Mars — the Mars Pathfinder Sojourner rover in 1997 — that rover was a technology demonstration rover."

The Spirit and Opportunity missions — and, later, the Curiosity rover — were the fruits of that research.

The 2.2-pound (1.0-kilogram) vehicle will sport twin counter-rotating blades spanning 3.6 feet (1.1 meters) tip-to-tip. It will ride to Mars strapped to the belly of the rover, which will drop it off following a successful landing.

Over a 30-day test window, the drone copter will make up to five flights, each lasting around 90 seconds.

Flight on a planet packing three-eighths Earth's gravity might sound simple, but Mars also holds an atmosphere that is 1 percent as dense as our home planet's. That means the copter will have to fly at the Earth equivalent of 100,000 feet — 60,000 feet higher than any Earth-bound chopper has ever flown.

To cope, engineers spun up the blades to 2,400 RPM and cut weight. But the solar-powered drone still faces several challenges, including landing on rough terrain, surviving temperatures that plunge to -160 degrees Fahrenheit at night and carrying out orders autonomously.

Bell said that last requirement could be the trickiest.

"It's a long way from home, so it can't be joysticked; it has to have the autonomy to be able to get a command and take off, take some pictures and move to a different location, land safely, not put the rover in any danger by its own actions, and then communicate back to the rover — and pretty much in a self-contained, automated way."