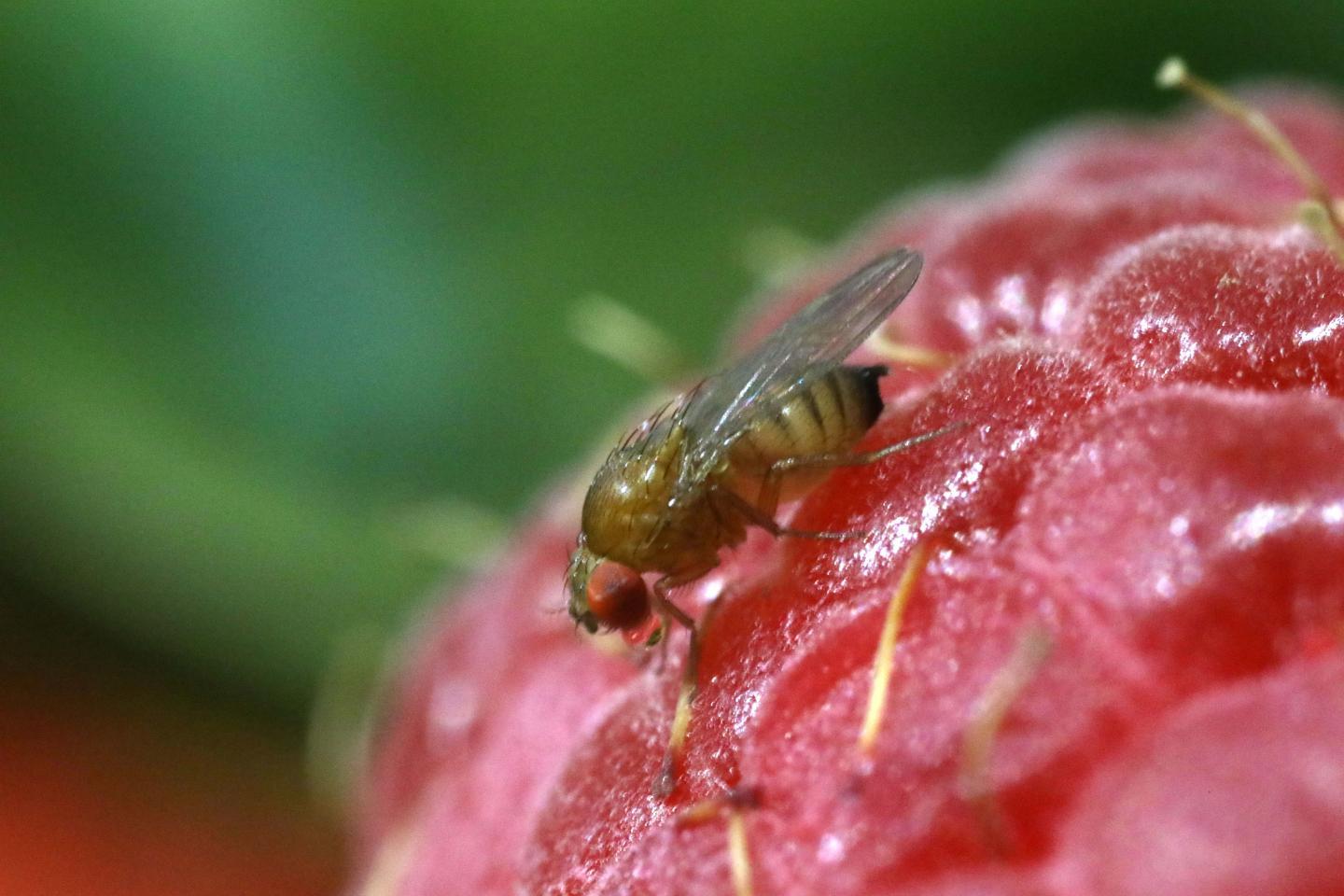 Michelle Bui/UC San Diego
In the past 10 years, the invasive fruit fly known as the spotted-wing drosophila (Drosophila suzukii) has caused millions of dollars of damage to berry and other fruit crops.

A team of researchers in the University of California system has applied a powerful genetic tool to the fight against the spotted wing fruit fly (Drosophila suzukii), a destructive, invasive pest that deposits its eggs inside of ripening fruit.

The flies originated in Japan but have since invaded every continent except Antarctica.

Arizona imports many of its soft-skinned fruits — grapes, strawberries, stone fruits, tomatoes, etc. — from California, as well as Mexico and other countries, where the pests cause millions of dollars in damage each year. For example, between 2009 and 2014, the California raspberry industry lost an estimated $39.8 million in revenue to the pests' ravages.

"We are the first ones to take it out of an actual model organism and build it in something that it could be useful in — an organism where it can actually do some good."

Co-authors from UCSD, UC Riverside and UC Berkeley contributed to the study, which appeared online in Proceedings of the National Academy of Sciences on April 17.

Gene drives first made headlines when they emerged as a possible means to combat Aedes aegypti mosquitoes, which carry Zika and other diseases such as dengue and yellow fever.

The Medea gene drive, like its mythical namesake, kills its children — but only those that don't inherit a copy of Medea.

Medea-bearing female fruit flies produce eggs that contain a microRNA toxin that knocks out a gene needed for embryonic development. But if the embryo inherits Medea from one or both of its parents, it expresses an antidote that cancels the effect and lets it develop normally. 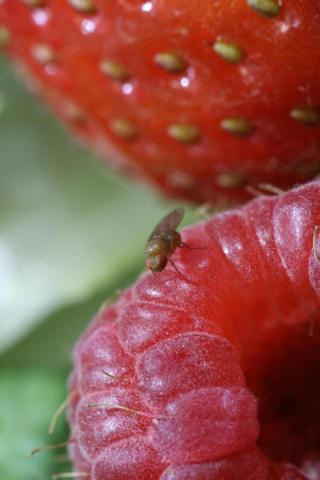 "We basically developed an element that we can introduce into a wild population and then have it sweep through the population so that, in a certain number of generations, all of the individuals in a population carry this element," said Buchman.

Buchman said such genetic "cargo" might include a gene that makes the fruit fly vulnerable to a particular chemical or temperature.

"We can use this in the agriculture field to basically genetically eliminate the population of this pest."

The chief method currently used to control the spotted wing fruit flies involves broad-spectrum insecticides such as malathion. But the effectiveness of such approaches varies due to timing issues and evolved resistances; thus, the desire for a genetic alternative and a gene drive to push it down the germ line.

"This takes genetics from the predicted 50-50 of Mendelian inheritance, where only 50 percent were expected to inherit the Medea element, and now all of the surviving progeny have the Medea element," said Buchman.

That holds true in theory. But Buchman added that some populations might have resistance to the toxin, which could explain why the study found inheritance rates ranging from 100 percent to only 87.6 percent among its eight geographically distinct populations.

The team will next try to improve Medea's effectiveness and seek approval for field trials.