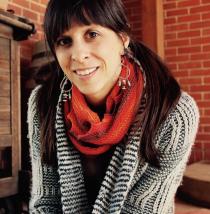 Farmers are the lifeblood of our country — they literally provide us with the sustenance we need to survive. But, there is a silent epidemic among the farmers in America’s heartland: suicide.

According to the Centers for Disease Control and Prevention, people working in agriculture — farmers, ranchers, fishers and lumber harvesters — die by suicide at a rate higher than any other occupation. It’s actually five times the rate of the general population, and twice that of military veterans.

Now, Arizona representative Tom O’Halleran is sponsoring a bill to address it — dubbed the STRESS Act. It would increase access to mental health coverage for farmers and other agricultural workers.

Debbie Weingarten is a freelance writer who spent time as a vegetable farmer in southern Arizona. She’s spent the last several years covering the suicide crisis among America’s farmers. The Show's Lauren Gilger spoke with her about her own story as a farmer, and why she felt compelled to write about this when she left.