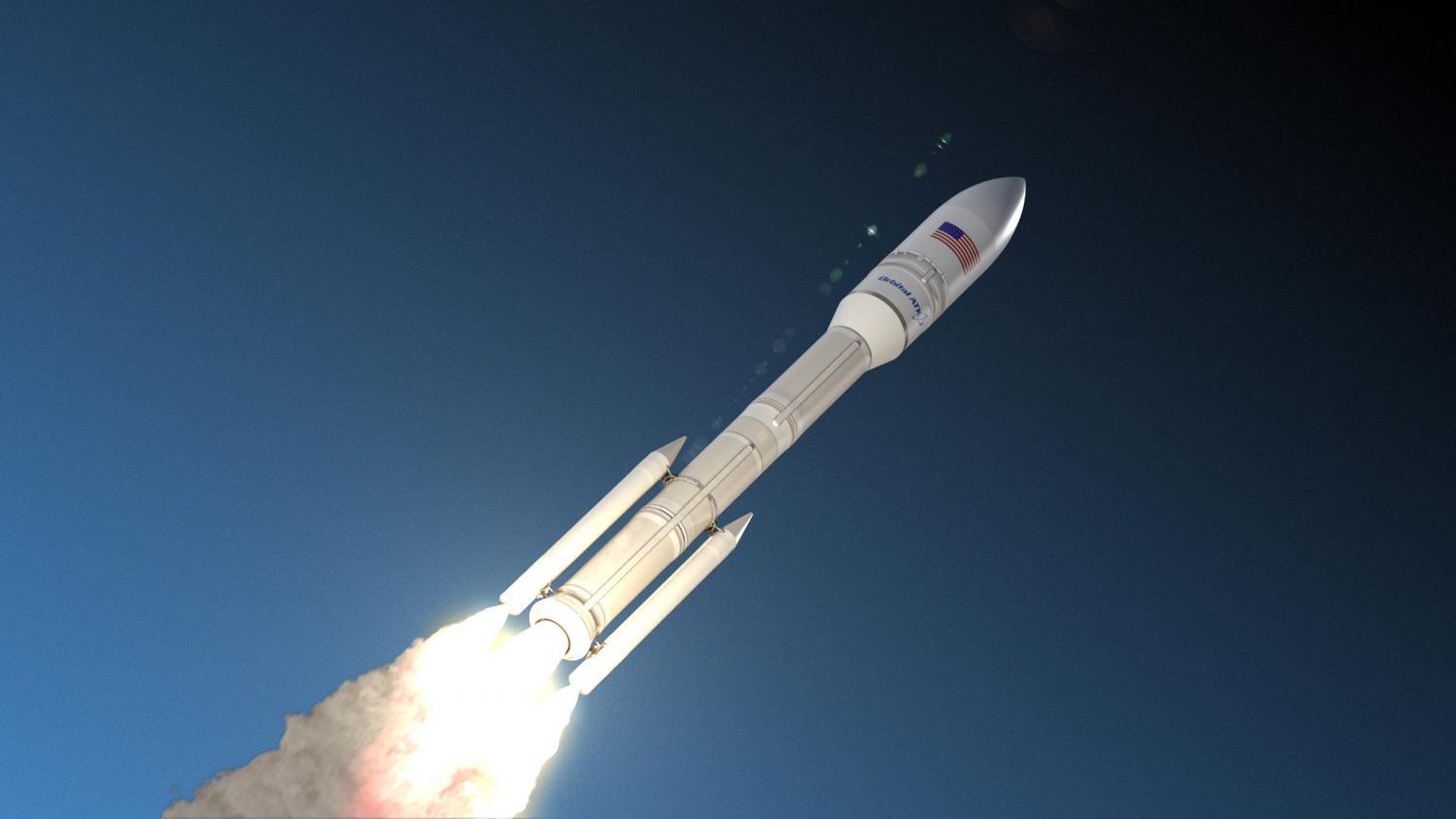 (Orbital ATK)
An artist's rendition of Orbital ATK's Next Generation Rocket in flight.

Adding a heavy lifter to its stable of small and medium commercial and defense rockets will enable Orbital to compete in a new market, one that handles higher orbiting communications satellites, heavier spy satellites and, potentially, human missions to space.

Employing 200 engineers and technicians in Arizona and Utah, the $200 million (and counting) program is in the design, testing and retooling phases.

When finished, Orbital's rocket will carry national security satellites for the U.S. Air Force in lieu of a red Tesla Roadster.

(Orbitak ATK)
A comparison of ATK's Next Generation Launcher with other rockets shows it is larger than medium-heavy vehicles like Atlas V, but smaller than other heavy-class rockets like SpaceX's Falcon Heavy.
Business Science