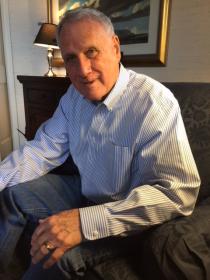 Kyl, a Republican who served 26 years in Congress, first in the House and then in the Senate, warns that until the electorate votes out partisans on both sides of the political aisle, the nation will remain divided.

In an interview with KJZZ, he also had some choice words for President Trump and his behavior.

“I don’t like his style. I think it is boorish. I think he’s own worst enemy. He could be much more effective if he were more politique, more diplomatic — of course that’s one of the things that people like about him — the fact that he isn’t that way. But I think there’s a happy medium," Kyl said.

Kyl, who left office in 2013, calls a Trump a “phenomenon that has to be dealt with.” But he assures those alarmed by his presidency that the U.S. has a strong system of checks and balances and three co-equal branches of government.

Kyl, now 75, still keeps plenty busy in the private sector lobbying for a D.C.-based law firm. He also travels regularly to the nation’s capital as member of the National Commission on Defense Strategy and maintains an active role at the conservative think tank, the American Enterprise Institute.

He spends most of his time here in Arizona, teaching both undergraduates and law school students at Arizona State University, where his name is also on the Kyl Center for Water Policy at ASU’s Morrison Institute for Public Policy.