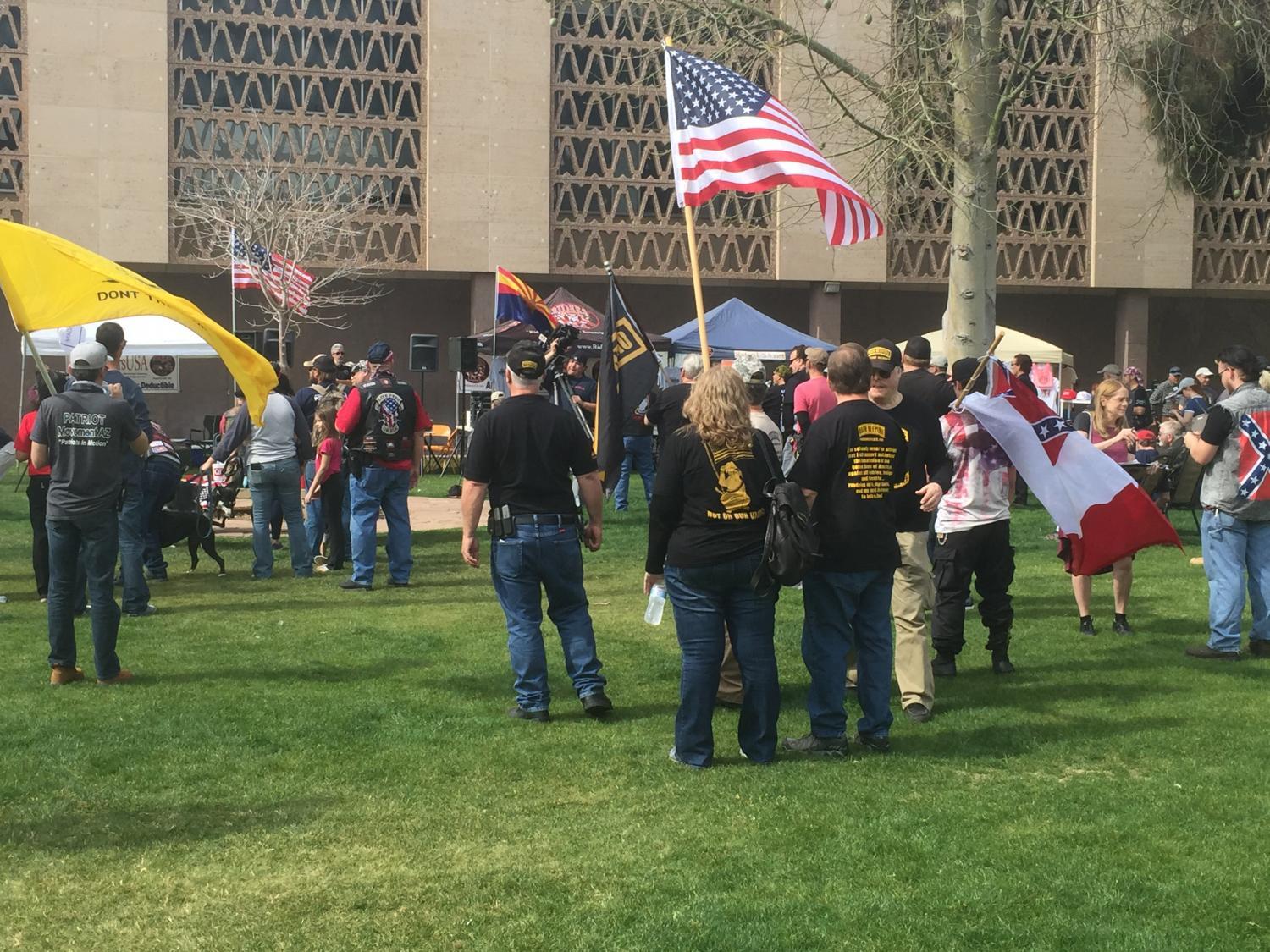 (Photo by Tom Maxedon - KJZZ)
Second Amendment activists from Arizona and nearby states set up on the state’s Capitol grounds on Feb. 17, 2018.

Second Amendment activists from Arizona and nearby states set up on the state’s Capitol grounds on Saturday.

Their annual rally to “Support the Constitution” turned out staunch supporters of the absolute right to bear arms and began with a motorcycle procession, as members of RidersUSA, and other Second Amendment champions gathered to be heard on gun-related issues.

At the end of the short cyclecade, a prayer referencing the recent Florida school shooting was conducted by Chaplain Jim Williams.

“Lord, every day you hear about them, and as soon as you do, people are trying to take the rights to own weapons away from legal, law-abiding citizens," said Williams.

Eric Cashman emceed the event, which featured several speakers and drew about one hundred supporters, openly wearing some type of firearm. He said gun-free zones like school campuses invite shooters.

“It’s our government’s obligation, if they want to take away people’s constitutional right to protect themselves to substitute that with some type of security," Cashman said.

Criminal defense lawyer Marc Victor spoke at the rally. He said the FBI shares some culpability for the Florida shooting.

“As people who aren’t generally pro-government, right, we could make a big issue out of this and say, ‘Look, the FBI got a good tip from a citizen who knew this guy was a problem. They knew there was a mental health issue. Why didn’t they take action?” said Victor.

Victor added it’s not truly realistic to think that society can prevent incompetent people from obtaining the type of firearm used in the Florida school shooting.

The rally was not scheduled in response to the shooting and had been planned for months prior.