Study Traces Citrus Family Tree To Foot Of The Himalayas 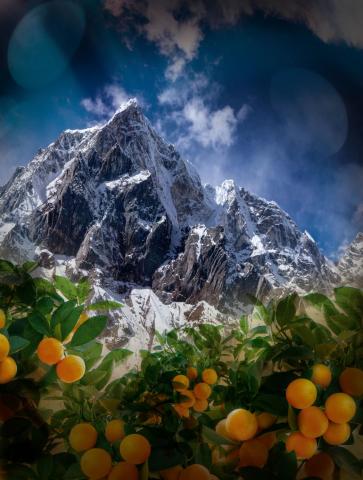 Citrus is one of Arizona’s celebrated “Five Cs,” but where did all of those oranges, grapefruits and limes come from? A new study helps clear up the chaotic backstory.

They say when life gives you lemons, make lemonade. But what if life hands you sour oranges and citrons?

So says a new genetic analysis by an international team of scientists that seeks to clear up citrus' tangled backstory.

The study, which appeared in the February 15 edition of the journal Nature, contributes to an ongoing effort to build a genetic library of citrus.

"This research is kind of the first step to provide an overview of how many species there are and how the current varieties are related," said lead author Guohong Albert Wu, a data scientist at the U.S. Department of Energy Joint Genome Institute.

Scientists have long known that citrus originated somewhere within an area stretching from western Pakistan to western Polynesia, and from north-central China to northeastern Australia. This study narrows the candidates for the citrus crèche considerably, placing it in the foothills southeast of the Himalayas.

But the origins of individual species and how they spread have remained unclear, in part because human selection and domestication of desirable hybrids like oranges, limes, lemons and grapefruits have blurred the genealogy of the genus.

Wu explained that whole genome sequencing, which entails determining the complete DNA sequence of an organism all at once, can help change that.

"What was not clear before was whether we call something a hybrid or a new species or an admixed type," Wu said. "Sequence analysis comparison provides a very unambiguous solution to the citrus taxonomy problem."

Researchers analyzed the genomic sequences of 58 citrus varieties. They found that all citrus derived from 10 progenitor species — seven Asian species and three Australian — and that many popular citrus are first-generation hybrids of those founding fruits. Grapefruit arose from a pummelo crossed with a sweet orange, for example, and lemon came about as a hybrid of sour orange and citron.

"Oranges, lemons, limes or grapefruits — these common varieties are all derived from four or five of these 10 species," Wu said.

Which hybrids arose via evolution and natural selection, and which ones humans created, remains unclear. Either way, humans helped propagate favored varieties.

The first occurred as monsoon conditions in Southeast Asia shifted from wetter to drier conditions during the late Miocene, around 6 to 8 million years ago. Then, around 4 million years ago, a second climate shift brought first citrus to Australia. This model runs contrary to some previous hypothesis, which argued Australian citrus developed independently.

Wu said that the information could lead to new hybrids with novel flavors or useful qualities, like drought tolerance or disease resistance. 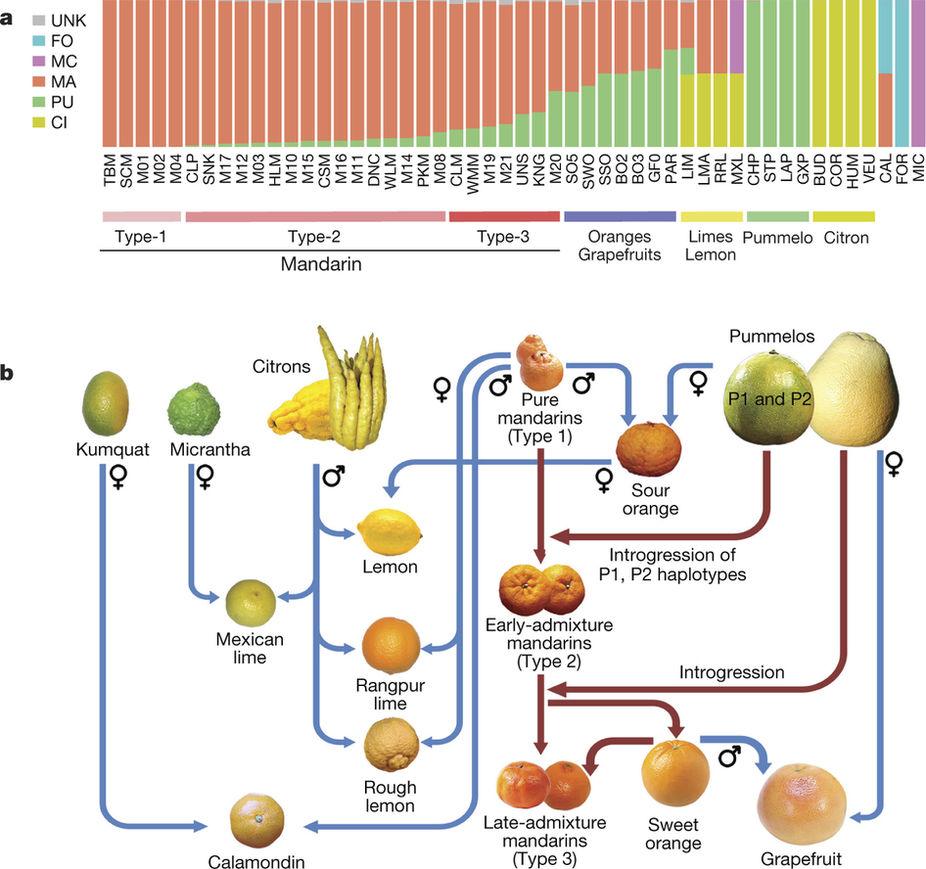