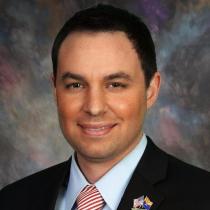 Arizona House Speaker J.D. Mesnard opened the legislative session on Monday with a strong statement against the mistreatment of fellow legislators and their staff.

His speech directed at male colleagues comes on the heels of his revelation that some employees at the Capitol don’t feel that it is a safe working environment.

“Let’s treat all women, regardless of their background, their age, their political affiliation, their looks, their role in the process as ladies as we would like anybody to treat our wives, our daughters, our mothers and our sisters” he said.

Mesnard, a Chandler Republican, issued his strong statements in the midst of dealing with an ethics investigation involving Yuma Republican Don Shooter, who has been accused by multiple women of sexual harassment, including Scottsdale Republican Michelle Ugenti-Rita.