Who's Gonna Ride Your Wild Horses? Opinions Differ On Managing Herds In The West 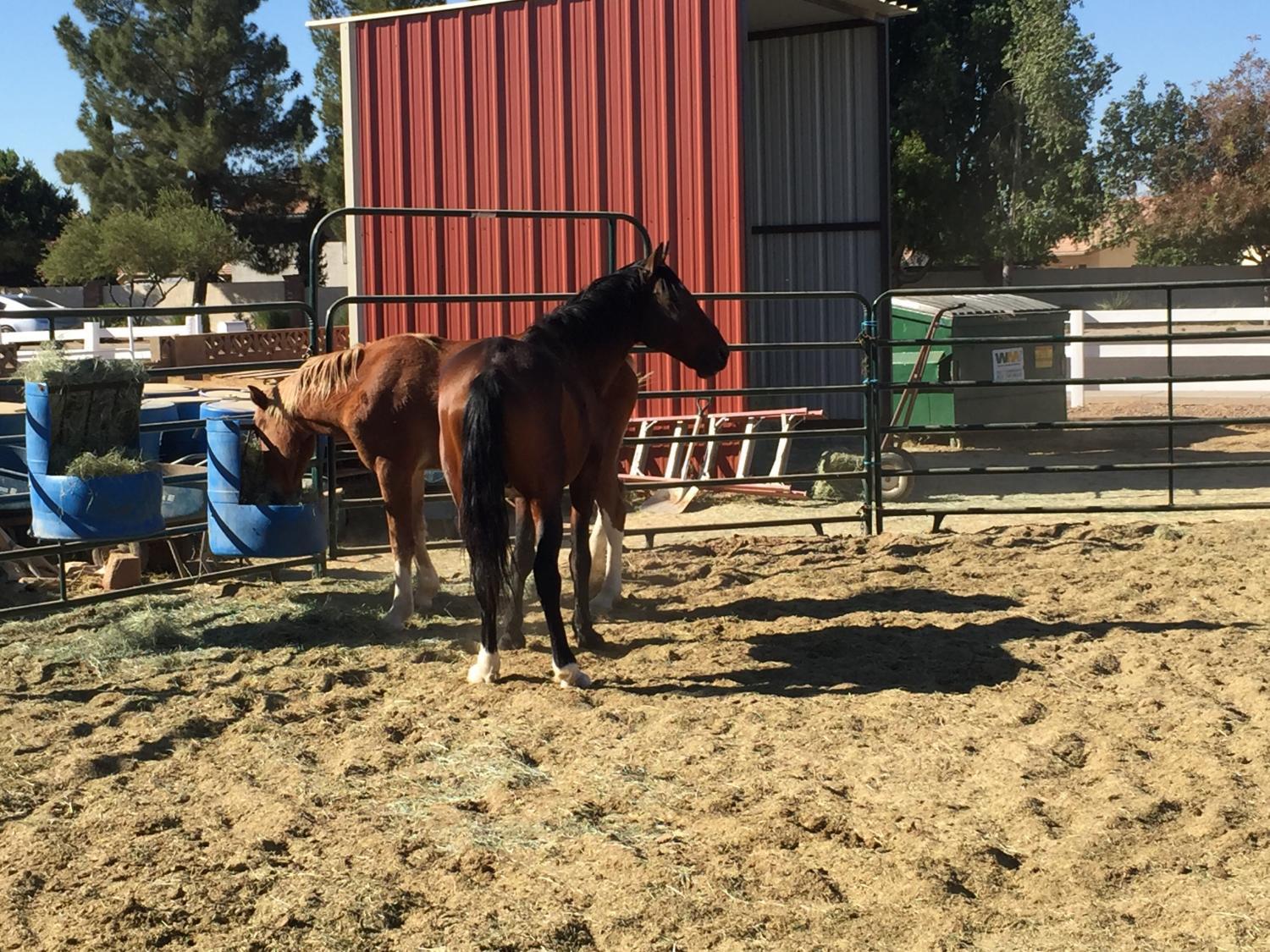 When it comes to wild horses, people hold varied views on how to best protect such an iconic image of the American West.

If you watch the opening credits of one of TV’s longest running shows, “Bonanza,” it’s hard to miss the other stars: the horses.

Of course, there’s “The Lone Ranger,” all those John Wayne films, cars commercials and pop music devoted to horses. They are certainly iconic creatures, galloping through the creative ether of pop culture. But why do they conjure up such a sense of Americana?

"You’re talking about an animal that’s stoic and graceful, and quiet, unless it needs to not be. It can do that at a moment’s notice. To me, that’s kind of America," said Adam Eggers, a spokesman for the Bureau of Land Management (BLM) office in Arizona.

By contrast to other Southwest or Western states, Arizona doesn’t have a lot of wild horse herds. BLM’s primary focus centers on habitat preservation, but horse control on BLM lands does redound on his agency.

"It’s a challenging mission to complete and it’s not something we can do with just one tool. We need a golf bag full of multiple tools," said Eggers.

Wild horses roam free in Utah. The population there was estimated at more than 5,200 in March 2017.
(Video courtesy of Bureau of Land Management)

One of those tools is the Florence Wild Horse and Burro Training and Holding Facility. It’s the proving ground for a forward-thinking rehabilitation program allowing inmates from the Florence Correctional Center to train wild horses caught on BLM lands.

“You know, our horse populations are pretty small. They tend to not increase like we have in other states. Nevada, Wyoming, Utah — those are the states that really have a lot of horses,” said John Hall.

Hall is the Arizona wild horses and burro lead for BLM and the facility manager in Florence for the inmate rehabilitation program, which trains horses for sale to the general public.

“It’s mostly a vocational skill, and it serves as a great rehab program. It’s been recognized that having these prisoners work with these untouched animals is advantageous for both," said Hall. "It gives them a sense of being and accomplishment when they are actually able to get that animal fully trained and into the hands of the public.”

Away from the Florence complex four days a week, Hall occupies a small office cubicle in a downtown Phoenix high-rise building, far from where you would expect to find him.

“I would still love to be in the field and I do get to be in Florence one day a week. When I’m there, I try to be working the animals as much as I possibly can, right beside the prisoners, helping them prep or whatever needs to be done," said Hall.

South Dakota rancher and wild horse expert Alan Day thinks one of the solutions to managing wild horses in the West is via public-private partnerships.

“The government has done a lot of things to take regular government functions and put them in the hands of private management with some real good results," said Day. "And so I have suggested that some conservation groups be entrusted to manage some of the wild horse areas and I think would show private management can do.”

To Day’s point, there are smaller, 501(c)(3) charitable organizations and refugees trying to care for wild horses in Arizona, like Wildhorse Ranch Rescue in Gilbert.

"This pretty mare with the blonde mane is a BLM roundup. Stormy, the one in the middle, he’s a stray from McNary. We have a ‘res’ horse named Chip over there, and then a thoroughbred," said Kim Meagher. She’s founder of charity at the ranch that cares for and trains about 35 horses.

None of the workers, including herself, makes a penny for their hard work. She says one of the reasons why wild horses are even an issue is because of cattle grazing on public lands.

"Cattlemen are making a ton of money on beef. If there are 15,000 horses on BLM lands and there are six million cattle — the cattlemen are claiming the horses are using up their resources — well, math tells you that’s not true. So for horses, their value is just not equal to the slaughter of cows," said Meagher.

"I just think the government should leave them alone. Why are they spending money to round them up and then care for them in holding pens?" she said.

There are no easy answers for how to best preserve wild horses and who should pay to do so. BLM and nonprofits have slim budgets. Private ranchers have to make a living.

Until the greater public acts on the issue, the fate of wild horses remains uncertain. 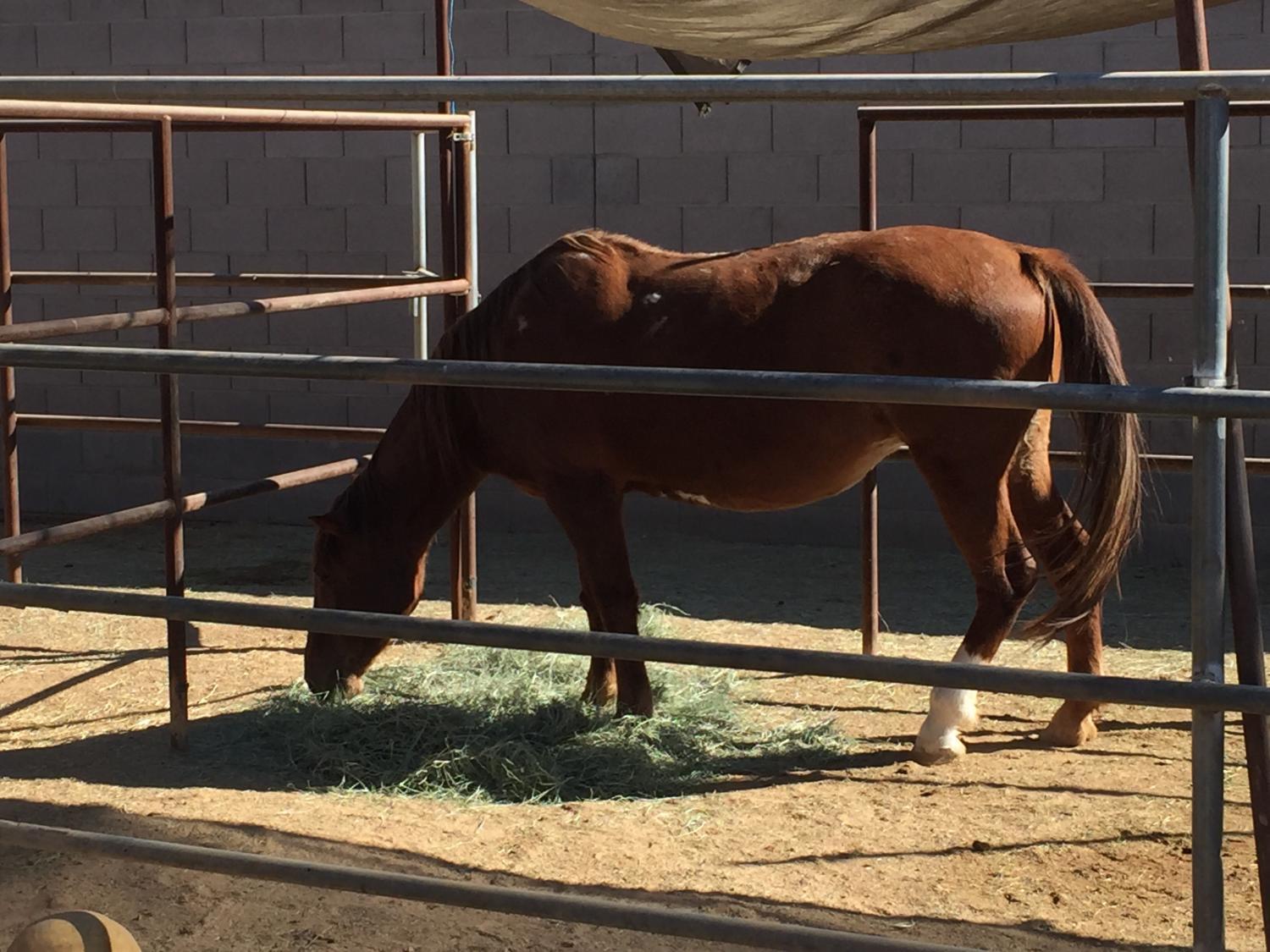 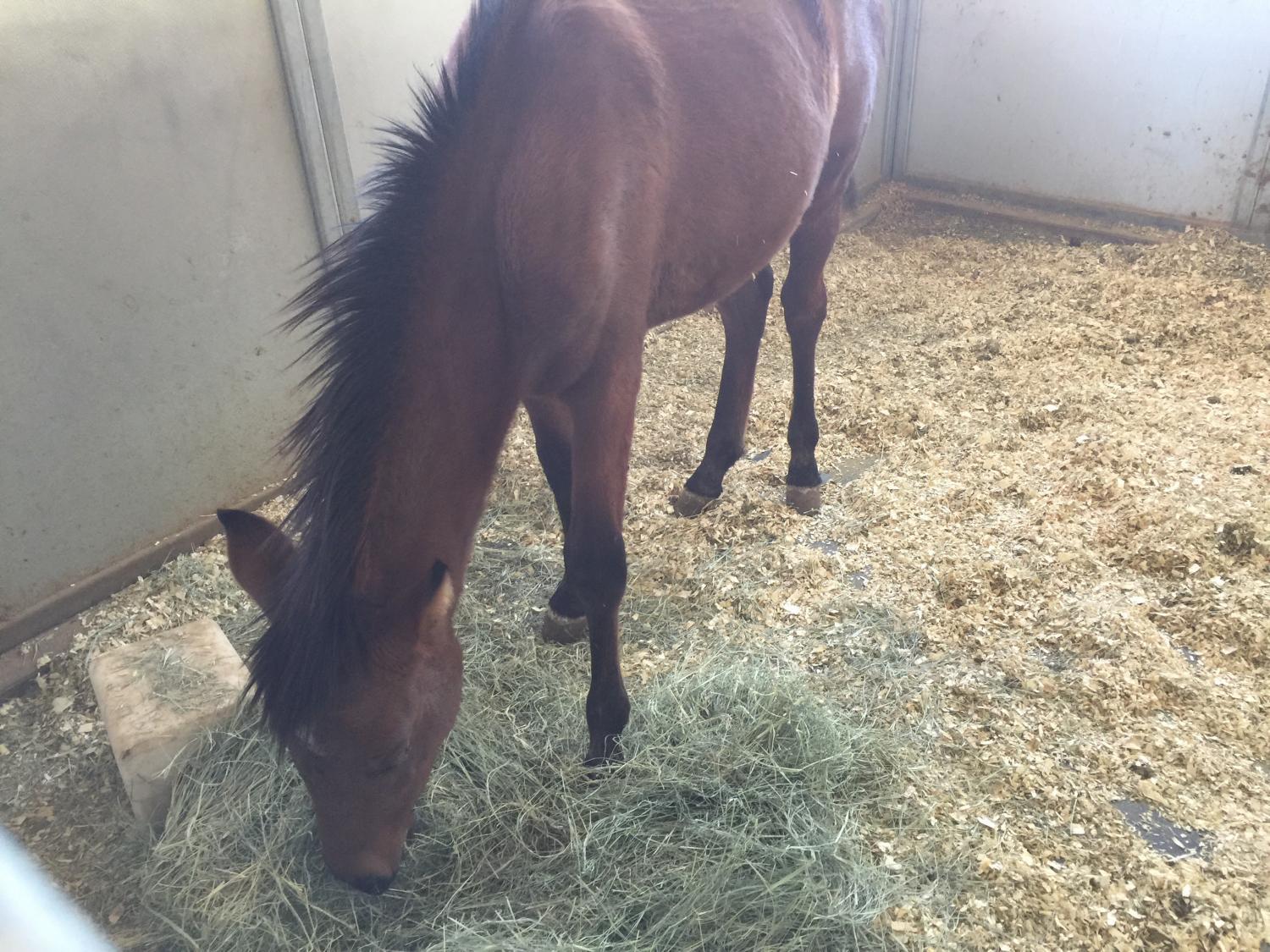 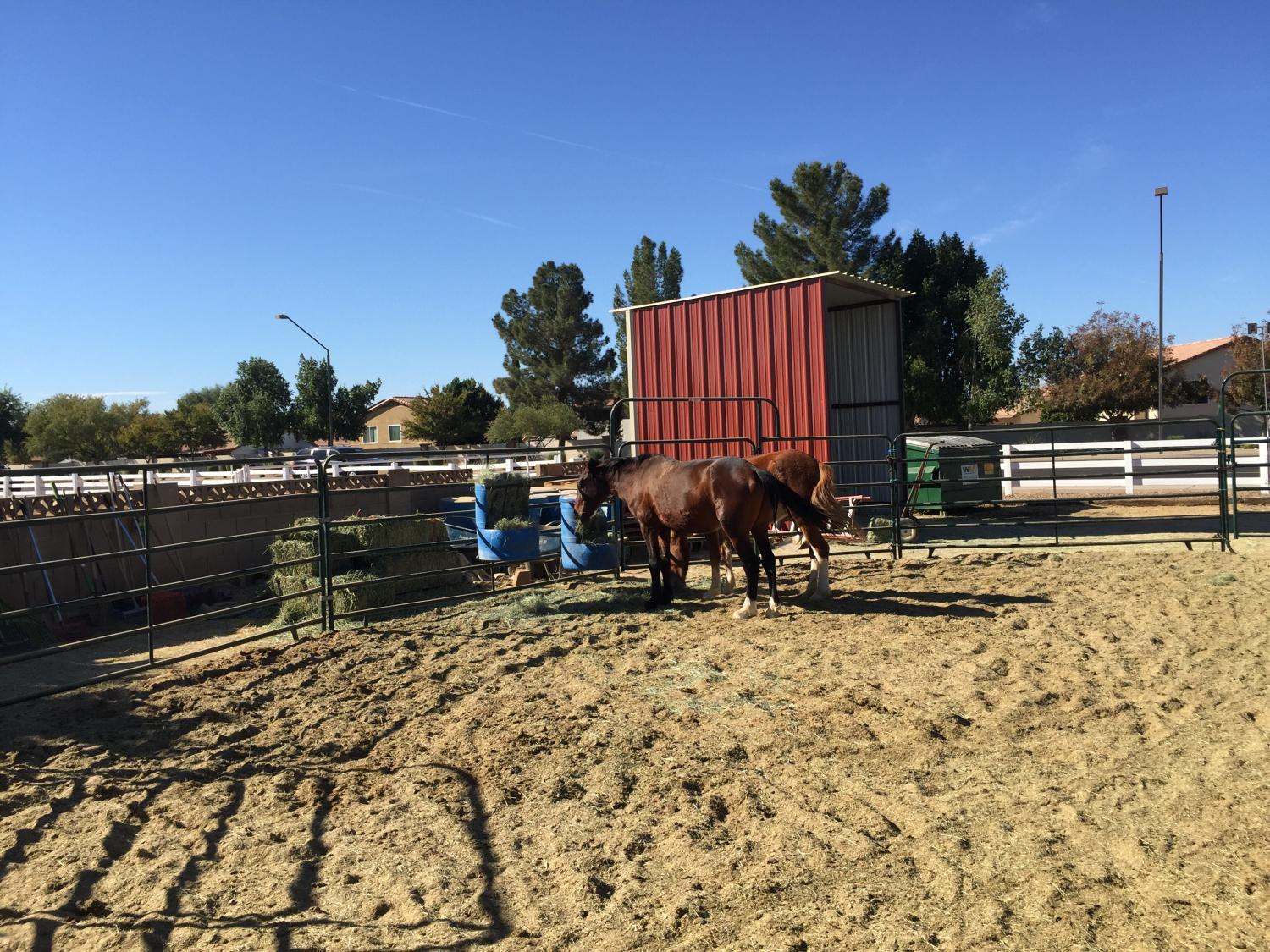 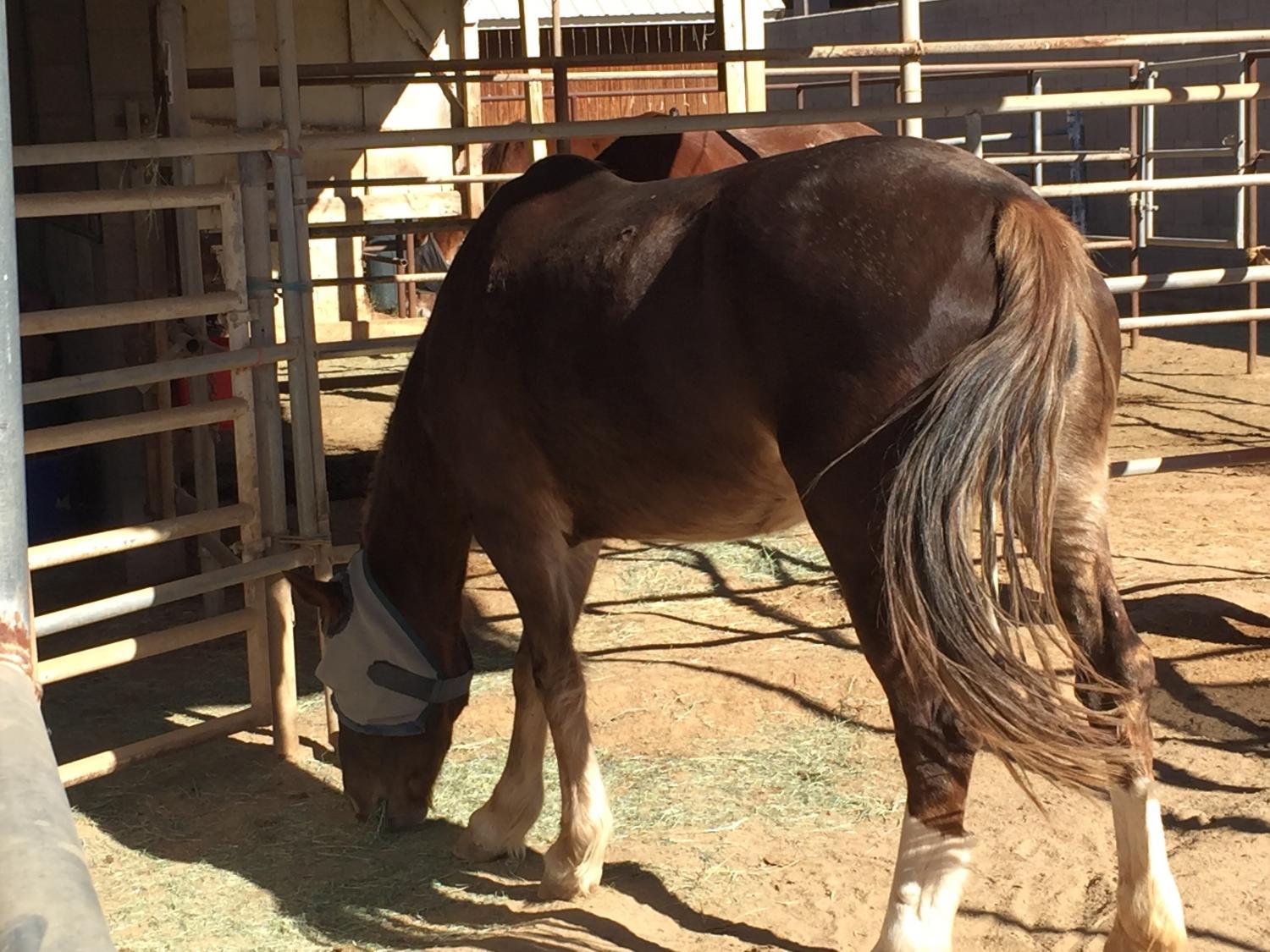