Protest music: Why don't we hear this type of music today? 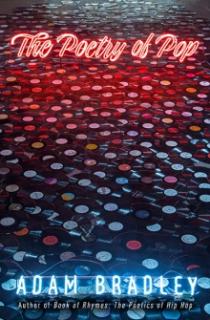 (Image via yalebooks.yale.edu)
"The Poetry of Pop" by Adam Bradley.

The counterculture of the late 1960s and early 1970s was marked, in part, by artists and bands who made their name in protest music.

From Creedence Clearwater Revival, to Neil Young and Crosby Stills and Nash, to the Temptations and Mahalia Jackson, to Country Joe and the Fish — heard at the definitive music festival of its generation, Woodstock.

Songs about ending the war, racial tension and the environment were not only poignant, they were chart-topping hits.

But where have all the protest songs gone?

With the 2.5 million-strong women’s march on Washington, D.C., to clashes in Charlottesville, Virginia, to unpopular lawmakers, the state of politics today has reignited activism — but do we see hit music reflecting that?

To answer that, we’re joined by University of Colorado-Boulder professor and author of “The Poetry of Pop,” Adam Bradley, whose newest book reflects on modern music as the poetic expression of our time.