Eight years after the Great Recession ended, we’re seeing low unemployment, but many workers aren’t seeing their paychecks increase much. Our “Phoenix at Work” series continues with a look at one group hit especially hard.

CALCULATOR: Are you in the middle class? Find out with Pew's income calculator.

Inside a brightly lit room with a constant buzz of machines, Kirill Motenko is on a mission.

“I have no background in this at all,” he said.

After years working as a meat cutter, Motenko is learning to cut metal. More precisely, how to tell a machine to do it.

“From the blueprints, you take the measurements, which ones you need and then you have to write that into code,” he said.

When Motenko graduates, he’ll be considered a "middle-skilled" worker. That’s someone with an education beyond high school, but less than a bachelor’s degree.

Between 2007 and 2015, the Brookings Institution found median earnings for all workers in Arizona fell 9 percent while earnings for middle-skilled workers dropped more than 13 percent. The report suggests a healthy middle class will require workers to focus on specific areas that are in demand, like precision machining.

“If you have the skill set and the stick-to-it-ness and that perfectionist in you, you will be able to make money,” said Michael Kase, who helps run the program at Gateway College. “I think the last numbers that I saw, on average, a machinist across the country, was making about $52,000 a year.”

According to information provided by the U.S. Department of Labor, the median annual salary for machinists in Arizona is $42,110, slightly above the national median. High annual wages in Arizona are $62,030.

The loss of manufacturing jobs weighs heavy on many minds. A Pew Research Center survey last year found 80 percent of people consider outsourcing of jobs to other countries to be the greatest harm to American workers. But, economist Jim Huntzinger thinks there’s a bigger threat.

“Most of the technological improvements in our economy are not driving job creation, they’re kind of job killers,” he said. 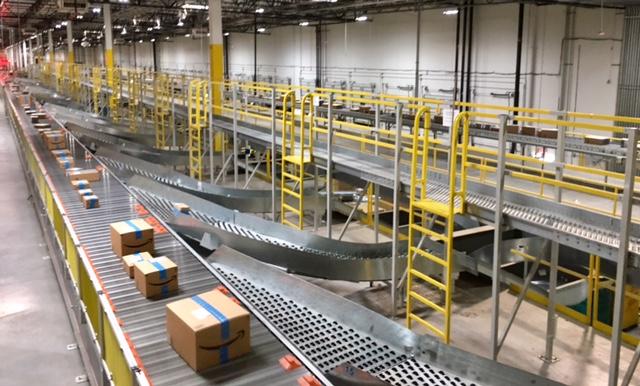 While speaking at the Economic Outlook 2017 event organized by the Greater Phoenix Chamber of Commerce, Huntzinger used Amazon as an example.

“Technology has allowed Amazon to be massively creating value in terms of market cap for their shareholders, but not employing very many people,” he said. “They’re leveraging technology, not people.”

He said one of the greatest economic challenges will be figuring out how to grow our technology prowess while also creating jobs, “The demarcation in our society is going to be those that have skills and those that don’t.”

It is one reason many business, education, and public policy leaders support Achieve 60 AZ. The initiative’s goal is to get 60 percent of working age Arizonans to hold certificates or college degrees by 2030. Right now, it’s 42 percent.

“Yeah, you can argue all these other things that don’t involve money, but what is it that’s going to improve the quality of schools without a real boost in money?” he said. “You’re going to point at that teacher who’s making $40,000 a year, is criticized roundly by lots of people who’s doing a poor job, and they’re just going to miraculously decide they’re going to become the super teacher? Is that really going to happen?”

Changing perceptions is one goal of the Maricopa Community College District. It created Business and Industry Leadership Teams to help establish a pipeline of skilled workers.

“There are jobs in areas that somehow are not attractive to, for example, a lot of young people,” said Chancellor Maria Harper-Marinick. That is something we need to own together. There are some areas there are jobs and we need to message why those jobs are important, what great career opportunities they present.”

When he was younger, Kirill Motenko never gave machining much thought. But, after working various service jobs, the 33-year-old is ready for a career – a career he knows will require continuing education to keep up with technology and employer expectations.

Indeed, one of the world’s largest job search sites, published a report last year on “Opportunity Jobs,” defined as jobs that pay at least $57,700 with salaries that have kept up with or outpaced inflation over the past decade.

Indeed listed the following “opportunity jobs” (ranked by quantity of job postings) for those without a bachelor’s degree: