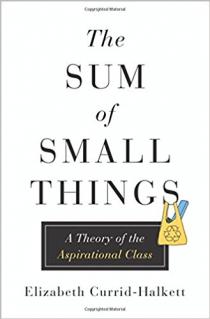 (Photo via amazon.com)
"The Sum of Small Things: A Theory of the Aspirational Class" by Elizabeth Currid-Halkett

For most observers over the decades, the so-called “elite” were people who were extremely wealthy and had access to essentially anything they wanted.

And many of them were seen as those who weren’t shy about showing off their material possessions.

But a new book, "The Sum of Small Things: A Theory of the Aspirational Class," argues that the elite are defined less by how much money they have and more on what is labeled "cultural capital."

We spoke with the author of the book, Elizabeth Currid-Halkett.