If you talk to the students and teachers at Congress Elementary School in remote Yavapai County, pretty much everybody has a story to tell about an internet fail.

"I remember just going on my computer and waiting like five minutes just to get on the internet sometimes," said student Sadie Busone.

"If we came in and it was drizzling we had problems," added her teacher Katherine Wood. 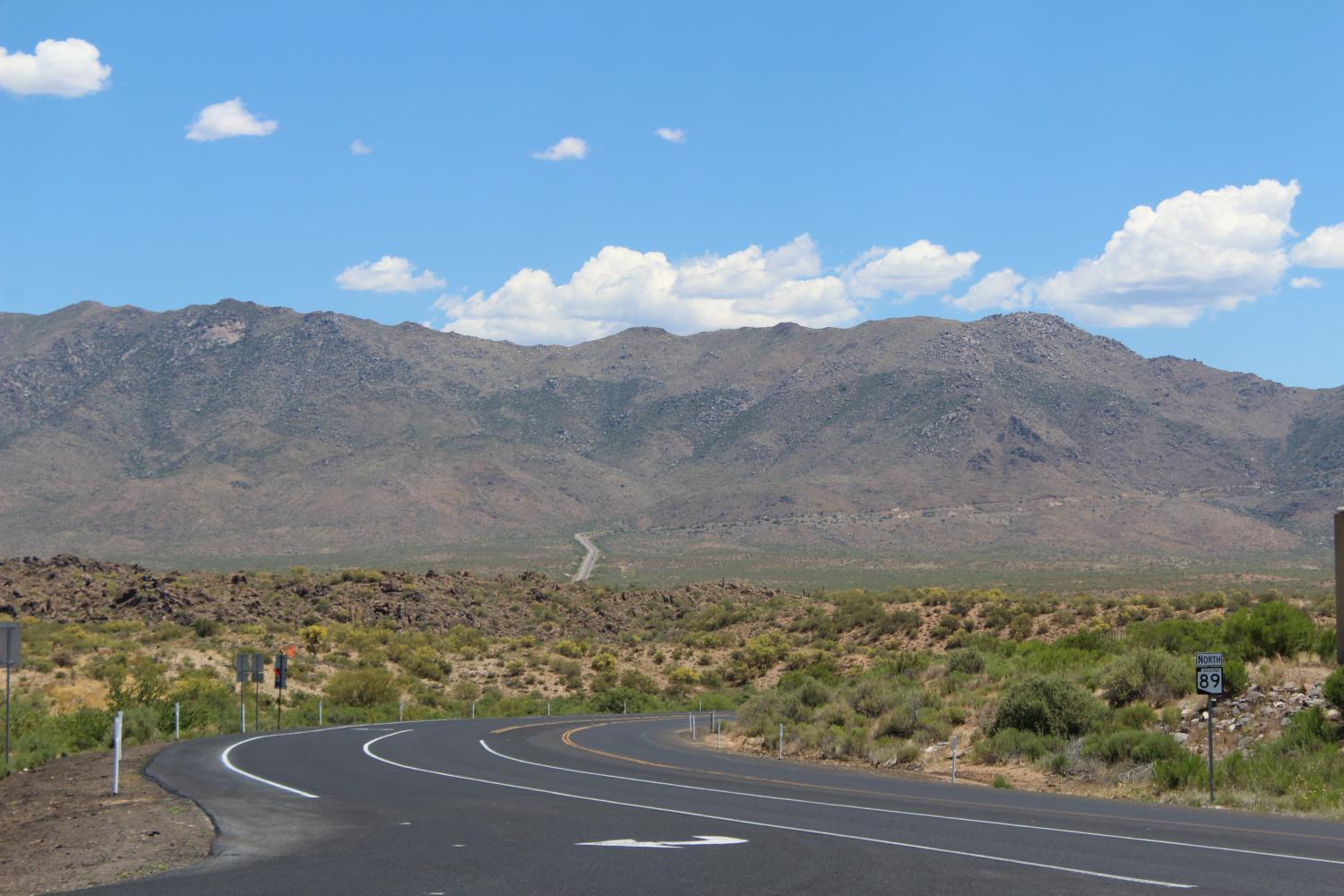 Carrie Jung/KJZZ
About 33 percent of schools in Arizona are working with internet speeds less than 100 kbps per student. Most of which are found in rural areas of the state.

And superintendent Dr. Stephanie Miller recounted a time when she worked with a new teacher who came from a district with much faster internet speeds. "So she would turn on a YouTube clip, and that would shut down our sixth through eighth grade math instruction," Miller said. "Because it would take the bandwidth."

Listening to their stories initially seemed reminiscent of the late '90s and early 2000s when problems like these were common. But their stories were much more recent.

"Five years ago everyone in this type of area, a Congress, a Skull Valley, a Yarnell, we could only get copper feeds to these locations, which at the maximum was three megabits," said Stan Goligoski, the executive director of the Yavapai Education Services Agency.

He added, today things have improved slightly at Congress Elementary as they now have access to a 25 megabit connection through a microwave service.

While the faster speed does allow entire classes to access web pages at once, and even occasionally video conference guest speakers, it’s still limiting — especially when you consider the nearby city of Prescott has access to 300 megabit connections.

Goligoski said these days high speed internet is less of a luxury and should be considered a utility.

"It’s just like water, sewer, or electricity," he said.

According to non-profit Education Superhighway, about 33 percent of Arizona's K-12 schools are working with internet connection speeds below the federal definition of broadband.

"We forget sometimes that when we live in Phoenix and Tucson and Flagstaff, that we have access to all of this tech. Not everyone has access to this." said Stefan Swiat, a spokesman with the Arizona Department of Education. "And this is a severe detriment in terms of learning."

He said many of these schools face several challenges when trying to get better connections. The biggest one being that telecommunications companies don't have much of an incentive, business wise, to invest millions of dollars in infrastructure that will only serve a few hundred people.

And while federal funding has been available to help rural schools get better connections, it only covered 80 percent of the cost. Which was more than most districts could swing. But Swiat said his department is hoping a new program known as the Arizona Broadband for Education Initiative could be a game changer. 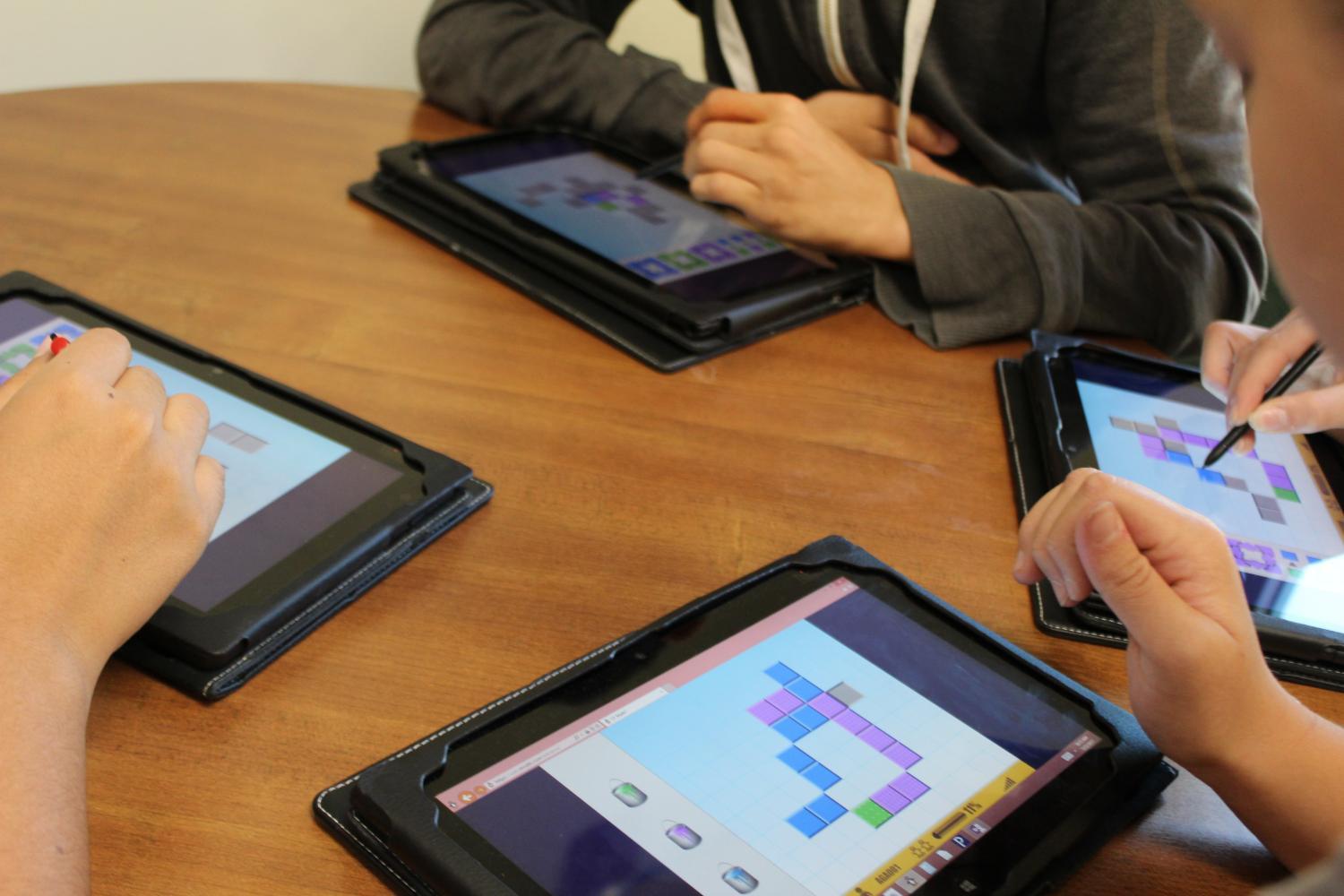 (Photo by Carrie Jung - KJZZ)
Congress Elementary has internet speeds of up to 25 megabits per second. An improvement from where they started but a far cry from the 300 megabit connections available in Prescott.

"Now this fiber can be laid down and it’s going to be at no cost to those schools," he said.

Meaning for rural schools with more than 80 percent of their student body enrolled in the free and reduced lunch program, the state, with the help of a federal/private grant, is picking up the rest of the tab.

State officials are traveling throughout the Arizona to get as many schools enrolled as possible. Right now about 100 in Arizona are on board with 87 of them ready to begin construction in September.

But it’s more than just school administrators who are excited about this effort. Bringing faster internet speeds can be a boon for local businesses, too.

"Working in partnership, we need to continue that fiber line all over town," said Bobby Davis, an economic development specialist with the town of Payson. He explained, in this situation, schools act as an anchor institution because they have access to the major infrastructure funding. But once a fiber line has been extended to a local school, connecting local businesses is all of a sudden a lot more feasible for the community.

"Without reliable redundant broadband service, it’s very difficult for anybody in the economic development field to even get a seat at the table when we’re trying to recruit new businesses," Davis said.

At the end of this two-year program, state officials estimate about 95 percent of state schools will have signed up and be on their way to getting broadband access. A goal, they say, that has the potential to impact roughly of 100,000 students.