Download mp3 (5.87 MB)
(Photo by Will Stone - KJZZ)
Maureen Williams and her husband with their twin girls. Williams is one of those who testified against a new Arizona law that tightens the state's "infant born alive protection" law.

When she learned her pregnancy was in trouble, Maureen Williams already had a name picked out for her daughter.

“I knew in my heart it was the right decision to make for my baby Zoe,” Williams said, sitting in the living room of her Glendale home, with one of her young, blonde-haired twin daughters perched on her knee.

Williams’ doctor told her and her husband their baby would probably not leave the hospital or make it to her first birthday. There were issues with her vertebrae and brain, tumors on her liver. So, in her 23rd week of pregnancy, Williams and her husband chose to terminate the pregnancy. If she had waited a few more days, Arizona law would have prohibited her from getting an abortion.

“It was the most devastating time of my life. I would wake up crying every night during the three day procedure,” Williams said. “She was wanted. My baby was wanted.”

Williams has no misgivings about that decision. But she worries women in a similar situation could soon face even more trauma because of a new Arizona law designed to toughen up Arizona’s “born-alive infant protection” act, a term often used by proponents of these laws.

Arizona already required a physician to take every measure to save the life of an infant delivered alive during an abortion, but this legislative session lawmakers and Gov. Doug Ducey decided to tighten the state’s law.

The new regulations, codified in Senate Bill 1367, make the existing law more specific and enforceable. It defines what are signs of life — heartbeat, breathing, voluntary muscle movements or umbilical cord pulsations. If any of those are present, a doctor must follow a set procedure to resuscitate the “fetus or embryo,” as the law states.

"They would, in my definition, torture her by trying to resuscitate her when I wanted to give her a peaceful death,” Williams said, rather a flurry of extreme medical intervention that has little or no chance of success.

More than 30 states and the federal government have some version of this law. Americans United for Life has model legislation for state legislators, which it describes as a way to reinforce and strengthen federal protections.

The majority of abortions in Arizona and the United States are performed in the first eight weeks of pregnancy. Abortions performed at 21 weeks or later only made up about 1 percent of all procedures in the state during 2015. But sometimes women face severe medical conditions, or discover problems with the fetus like Williams did, that lead them to terminate the pregnancy later.

The conservative Center for Arizona Policy (CAP) helped write the legislation and lobbied for the bill, alongside the sponsor, Republican Arizona Sen. Steve Smith.

“Once a baby is delivered alive following an abortion, then that baby is an autonomous human being, deserving of basic medical care,” said Cathi Herrod, CAP’s director.

Herrod believes doctors have too much discretion under existing law and that some may not even be complying fully.

“I fail to understand how anyone in the health care profession can think that it’s acceptable to allow a child that survived an abortion to simply not be given basic humane care and a chance at life,” Herrod said.

She points to the case of a woman in Arizona who faked cancer to illegally get an abortion. Her child was reported to have shown signs of life after the procedure, but she never received proper medical care.

While there are anecdotes such as this, there are no reliable statistics about how often an aborted fetus shows signs of life.

In a letter to lawmakers, Dr. Peter Stevenson, a neonatologist who has practiced for more than a decade in Phoenix, said the most recent statistics show a group of “optimal candidates,” meaning, among other things, a fetus born with the intent to resuscitate, is 11 percent for those at 22 weeks of gestation. At 23 weeks, the survival rate can be anywhere from 20 to 40 percent depending on certain factors.

Prior to 22 weeks, there is a zero-percent chance of survival, according to the testimony, which is based on a major national database.

But Dr. Paul Liu, who specializes in pediatric critical care, said it is hard to know how well an infant will do unless you actually try to resuscitate, especially given the advances in medicine.

“It’s amazing how well some of these children recover,” Liu told a committee of lawmakers during public comment at the Legislature.

“The bottom line is, left to our judgements, the reasonable physician would do what’s the safe and efficacious thing and err on the side of life," Liu said, "Not on the side of, ‘Oh, we’ll just let him die."

While proponents of the law agreed with Liu, sharing success stories of children born extremely premature, the medical community broadly opposed the bill, including the Arizona Medical Association.

In his testimony, Dr. Hugh Miller, an OB-GYN who practices in Arizona, argued the new law could jeopardize care.

Deciding whether or not to resuscitate “has to be done in a measured way. And in this zone or this domain of human existence, viability is a critical piece of the definition of life,” Miller told lawmakers earlier this year at the Legislature.

Existing law has left enough room for physicians and families to make these difficult judgments without undue interference, Miller said. But this new law will likely curb that. The law focuses on signs of life and not the chances of survival, except for some lethal fetal conditions.

"This is undue interference into the practice of medicine,” said Dr. Julie Kwatra, a representative of the Arizona chapter of the American Congress of Obstetricians and Gynecologists.

She worries it could force doctors to violate national standards, which for infants delivered prior to 22 week are comfort measures. Performing "invasive procedures" on an infant that young is “cruel and inhumane," Kwatra said.

At 22 and 23 weeks of gestation, the standard of care is to evaluate the specific situation in conjunction with the infant’s parents and considering the viability.

Ironically, Kwatra said this law won’t even affect most abortion providers that much.

“[Instead], it reaches into our labor and delivery suits where we have patients with wanted pregnancies who unfortunately deliver before viability. And that is where this law becomes incredibly cumbersome and not compassionate," Kwatra said. 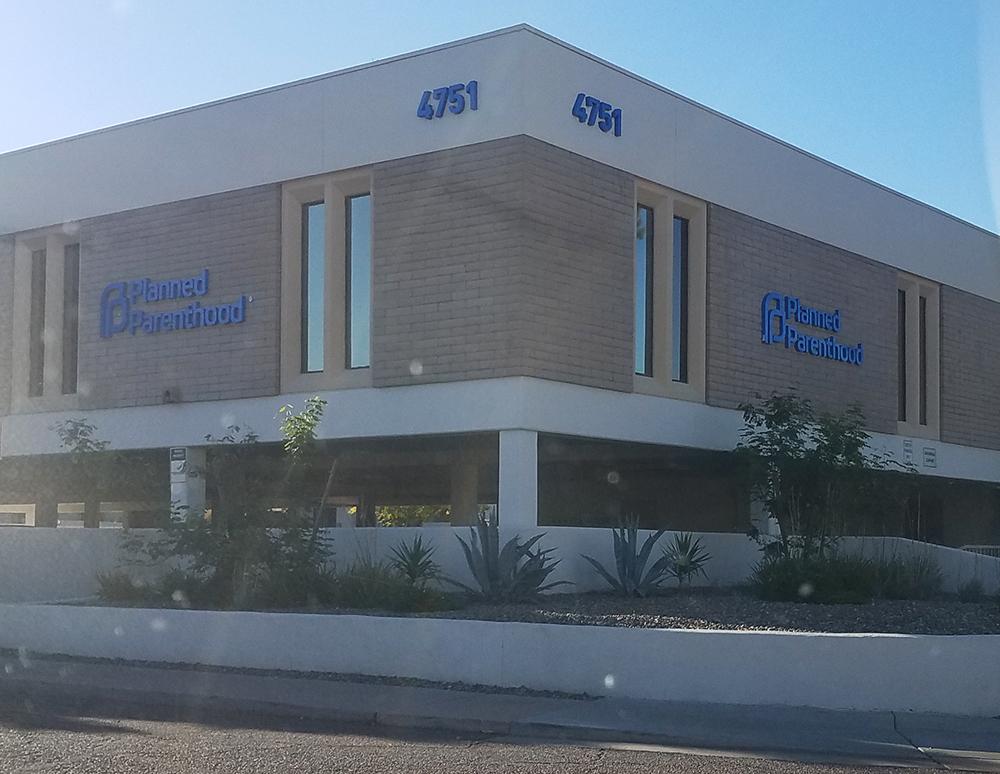 Planned Parenthood doesn't perform abortions in Arizona after 16 weeks, but this did not stop the debate from veering into that political terrain. As lawmakers took up the bill, a video surfaced allegedly showing a former Arizona Planned Parenthood doctor describe how she handles an infant with signs of life.

Lawmakers who supported the bill jumped on the video like Sen. Smith who recited the transcript on the Senate floor:

“When one investigator then asked, 'Is there any standard procedure for verifying signs of life?”

Smith then proceeded to quote the doctor's response, "‘Well, the thing is, I mean, the key is, you need to pay attention to who’s in the room, right?”

Smith concluded that the video was just one more example of why the law was needed.

The video was produced by the Center for Medical Progress — the same group that sparked national controversy after releasing misleading footage claiming Planned Parenthood was selling fetal tissue.

Democrats criticized Smith and others for using the bill as another way to attack Planned Parenthood, even though the law would not affect them. But, in the end, the legislation won broad support from Republicans and received the signature of Gov. Ducey.

"It's all based on this mythology of the abortion provider as a baby killer who needs to be legislated," said Erica O'Neil, a scholar with the Lincoln Center for Applied Ethics at Arizona State University.

"It makes Arizona unique in that it has the most restrictions and requirements surrounding this sort of law," O'Neil said.

But she added that the emphasis on "fetal personhood" and infant resuscitation is not new.

"It really seems that a law like this is written to make abortion more difficult and emotionally laborious," she said.

Proponents of the law, like CAP's Cathi Herrod, have pushed back on that contention, saying this is not a "radical proposal" coming from the pro-life movement, but rather a much needed enforcement mechanism.

Along with new definitions of life and protocols for resuscitation, the law also puts in place reporting requirements and carries the threat of prosecution if the regulations are not followed.

However, doctors in Arizona won't know the full implications until the Department of Health Services develops the actual guidelines. Those will include the new procedures to resuscitate for abortions at or after 20 weeks, the level of training a physician or someone else in attendance must have when the procedure is performed and what new equipment providers will need on hand.

Dr. Julie Kwatra worries about what those new rules will ultimately mean for these determinations of early life and death.