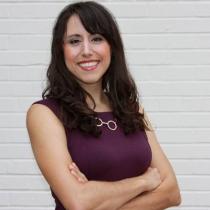 Does a prayer have to invoke God, or some kind of higher power? According to the Arizona state Legislature, the answer is yes.

Earlier this week, Rep. Athena Salman, a Democrat from Tempe, read a humanist prayer to open the House’s floor session.

But that didn’t go over well with some House Republicans. Rep. Mark Finchem offered his own prayer, invoking Jesus, instead of the one read by Salman. And House Majority Leader John Allen sent out a memo to lawmakers, specifying that prayers must invoke a higher power.

And, to talk more about this, I’m joined now by Rep. Salman. So, you’re an atheist, and you’ve been public about that. What were you hoping to achieve when you decided to read this prayer in the state House?

Salman will be reading a formal protest today in the state House, arguing that requiring the prayer to invoke a higher power violates the establishment clause of the First Amendment.