Arizona’s Senate Bill 1070 and President Donald Trump’s immigration projects have found sympathizers in unexpected places, like the Dominican Republic, where hostility toward Haitian immigrants has left a group of people without any nationality at all.

The conflict hides underneath the February celebrations, when the main streets and squares of Santo Domingo become a party scene during carnival weekend.

In Dominican Republic’s capital, people parade dancing and singing in costumes. There’s a group wearing flashy and extravagant clothes. Others wear makeup that could be considered politically incorrect in the United States, painting their faces in black, while leaving their mouths and eyebrows uncovered.

Dominicanos celebrate during carnival their independence — not from Spain, the country that colonized the region after Christopher Columbus’s arrival, but from its neighbor, Haiti.

Haiti ruled the entire island for more than two decades in the mid 1800s, until Dominican Republic gained its independence in 1844. And tension seems to exist since then, transformed nowadays in a public discussion that involves race, immigration and national pride.

“For the vast majority of people, particularly outside of the Caribbean, Dominican Republic is known for its beaches and its lovely bachata songs, but there’s another reality, of course,” said Robin Guittard, Amnesty International’s campaigner for the Caribbean region.

Guittard has been following the conditions of undocumented Haitians living in Dominican Republic, as well as the puzzling situation of their descendants.

“We’ve been working very intensively in this country since 2013, following a constitutional discussion which provoked a huge human crisis, creating the largest stateless population in the Americas region,” he said. 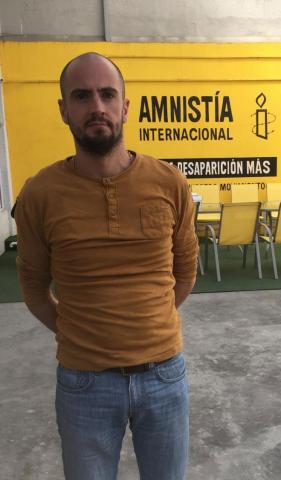 Haitian migration has happened for over a century, but it accentuated in recent decades, after the assassination in the 1960s of Dominican dictator Rafael Leónidas Trujillo, and as Dominican Republic became wealthier.

And, like other regions across the globe, Haitian immigration has been motivated by poverty, violence, political instability and even by the catastrophic results of hurricanes and earthquakes. The Dominican Republic is also a good job resource for migrant workers, mainly on agriculture, landscaping and the tourist industry.

Bridget Wooding is the director of OBMICA, the Caribbean Observatory of Migrants, an institution that has been monitoring immigration in the Dominican Republic. Like Guittard, Wooding observes that the predicaments that face undocumented Haitians not only stays with them, but follow the generations ahead.

“Today, we know from only survey that has been carried out that Haitian migration is 87 percent of total migration population here,” said Wooding.

Those who are born from undocumented parents are not considered citizens, according to Dominican regulations, leaving thousands of people stateless.

Dominican authorities have refused to take stateless people under their wing, arguing that Haiti should provide them with citizenship. But two years ago, after international pressure, the government created a temporary program to identify and register undocumented immigrants and stateless people.

Some of them did register and got an ID, but others could not make it since they can't prove their identity or origins. The program will end by the middle of this year, leaving those affected with uncertainty, even if they could register.

“At the moment, they don’t have many rights, with the exception very timidly to Social Security, so there’s still big challenges coming for the Dominican government in terms as on how is this going to be regulated sustainably for the future,” said Wooding.

A World Between Haitians And Dominicans

In Santo Domingo, motor bikes cross the busy neighborhood of Petit Haiti, a few blocks away from Santo Domingo's downtown.

All sorts of things are sold on the streets, from old cameras and used furniture to vegetables and even alive chickens and roosters.

The neighborhood is the heart of the Haitian community. It’s easy to hear Haitian creole everywhere, mixing with Spanish and local rhythms, like bachata and merengue. And just a few blocks from there, a Haitian descendant works for his community.

Antonio Pol Emil is the director of the Dominican-Haitian Cultural Center. He is a lawyer and used to work as an elected official in the government, but his Dominican documents were revoked.

"The authorities question anyone whose documents have what they call 'weird last names.' My father’s last name is Pol, my mother’s is Emil, and those two last names say something just by the way they sound. They say that I have foreign descent, specifically Haitian descent,” Pol Emil said.

His passport was retained while he tried to renew it last year, he explained. He was born in the Dominican Republic from Haitian parents, but he can’t fully prove his identity. Like many others, he is not considered a citizen, becoming stateless.

“Conservatism here targets immigrants, and it doesn’t separate them from their children: they put everyone in the same boat based on their names or physical appearance,” said Pol Emil.

Like other activists, Pol Emil links Dominican xenophobia to racism. The vast majority of Haitians are black, and Dominican Republic still values more its European origins despite having mixed demographics, he said.

But not everyone thinks like him. Dominican conservatives and nationalists support measures like denying citizenship to stateless, increasing mass deportations or even building a wall with Haiti. Some of them consider that their neighboring nation has abused of their goodwill.

(Photo by Rodrigo Cervantes - KJZZ)
Antonio Paul Emil is the director of the Dominican-Haitian Cultural Center.

One of the right wing political leaders opposed to the naturalization of stateless people runs one of the oldest lawyer firms in the country. Like his ancestors, he has actively participated into politics and he even participated on the creation of immigration-related laws: Pellegrín Castillo.

Castillo is the vice president of Fuerza Nacional Progresista, one of the main political parties in the Dominican Republic. He thinks that Haitian immigrants are taking jobs that impoverished Dominicans deserve,and that his country has been the nation that has supported Haiti the most.

“What we get from Haiti is not a migration or an exodus, it is an occupation,” said Castillo.

For him, the term “statelessness” has been misused. He considers them “undocumented” by Haiti, even while they were born in Dominican soil.

Castillo is also a strong advocate for tougher rules to block the flow of Haitians in the country and increase deportations.

He passionately bangs the desk with his fist while saying that he sympathizes with Donald Trump’s idea of building border walls — except he calls his project “the wall of good neighbors.” 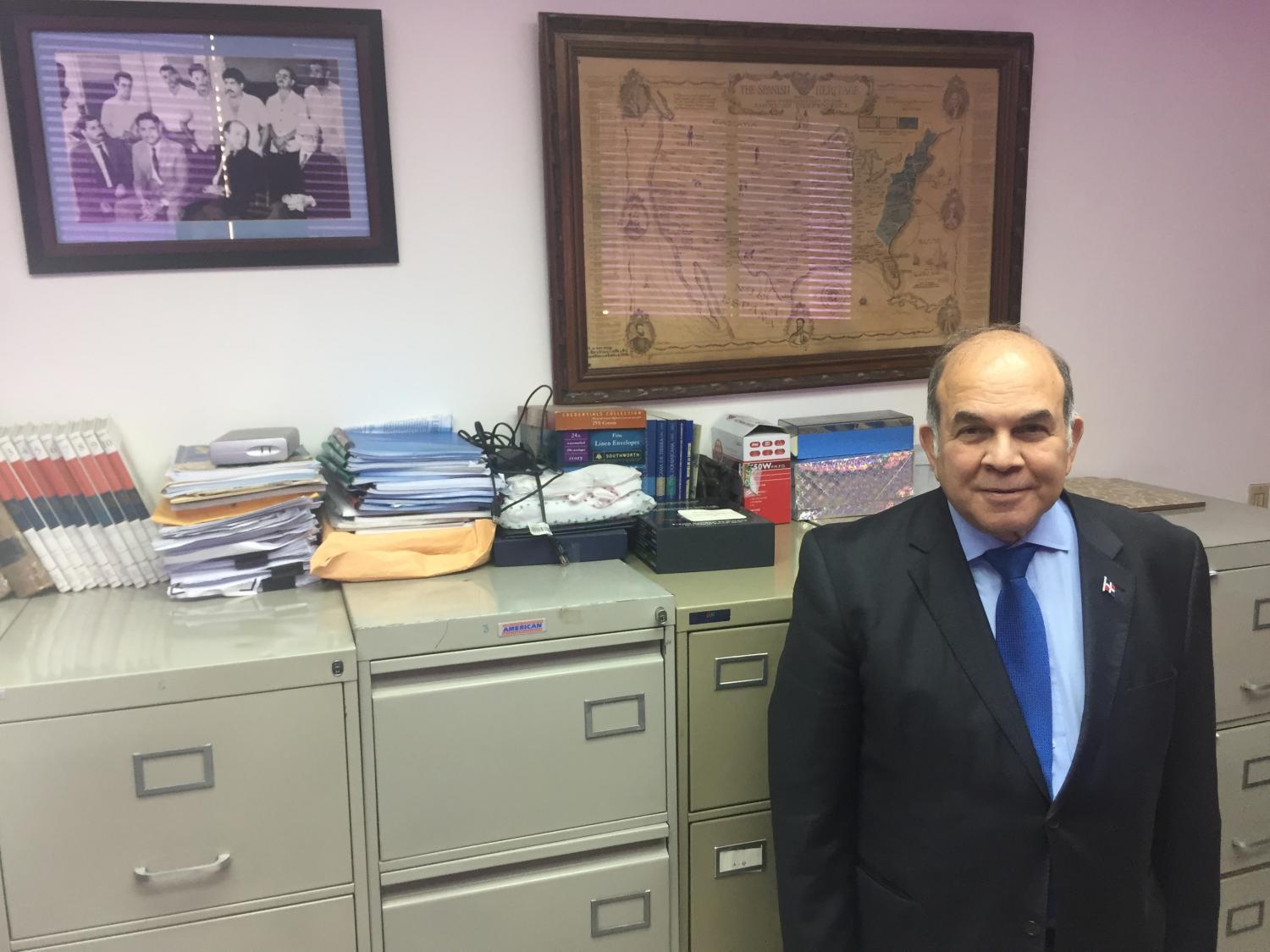 “It is not a wall to stop exchange, but to avoid migratory fluxes," Castillo said. “We’ve been in Arizona and learned how the Nogales port of entry operates. We know that a border with security controls is what really helps coexistence."

Castillo and other members of his party fight to keep tight rules to restrict immigration and deny citizenship to stateless people, but activists continue their struggle to protect them.

According to immigrant advocates, stateless people should get Dominican citizenship under the Dominican constitution and international law, while undocumented Haitians should be granted with the basic human rights established world-wide.

And while the Dominican government defines the future of its regularization program, some hope that the Dominican Republic’s approach to immigration doesn’t plant a “bad seed” in Trump’s administration. Wooding is one of them.

“We could be seeing a situation where the United States is following the bad example of the Dominican Republic,” said Wooding.