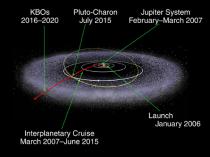 Last week, SpaceX became the first commercial company to reuse a rocket to launch something into orbit, signaling a new era for private sector space. But the new space race is being run here in the Valley of the Sun, too, as old-guard aerospace vies with hungry young startups.

Not so long ago, space was reserved for national programs, which had the deep pockets needed to attempt daring goals and to weather the risks that came with them. But a canceled shuttle program, ambiguous NASA goals and budgets, and a rapidly expanding satellite launch demand have in recent years created a market big enough for entrepreneurs to step up.

It’s big business: A Satellite Industry Association report said global launch service revenues reached $5.9 billion in 2014. Much of that business is being conducted in the Valley.

“The sector in the Valley is very impressive for aerospace companies. It’s a great place for us to come and to work,” said Terry Feehan, vice president of safety and mission assurance at Orbital ATK’s Launch Vehicle Division in Chandler, Arizona.

In 2014, NASA tapped Orbital to resupply the International Space Station as part of its commercial resupply program. But NASA’s demands alone could not support a commercial space sector. For that, a new age of satellites was required, and it all started more than 25 years ago with Motorola’s wild idea, Iridium.

When Motorola announced in June 1990 that it planned to launch 77 satellites (later scaled back to 66) into orbit to create a global wireless communications network, many in the aerospace industry refused to take them seriously. At the time, the largest communication constellation ever launched comprised just eight satellites.

But then Loral Corporation and Orbital Sciences announced that they were planning constellations of 48 and 24 satellites, respectively. They were followed by other ambitious projects like Teledesic, a plan by Bill Gates and Craig McCaw to orbit 840 satellites (later dropped to 288) and deliver an ''Internet in the sky.”

Setting the eventual fates of these projects aside, more demand meant more opportunity — enough to finally, maybe, make commercial space viable. And it all started with Iridium.

“Iridium was such a big program, with so many different facets, that it really pulled in a lot of different experts in different space system domains,” said John Herzberg, a system engineer at Tempe-based KinetX Aerospace.

Herzberg originally came to Phoenix to work on Iridium, which flamed out financially in 1999 before being salvaged in 2001 by a group of investors. Today, it has found a place in a market rich with data communications demand.

Peter Vedder, director of strategic development at KinetX, says growing demand and improving technologies have brought some of the outsized ambitions of startups and entrepreneurs into the realm of possibility.

“The technology is such today — and the capabilities in electronics are such today — that it’s a lot easier to do than it ever has been,” Vedder said.

KinetX’s expertise in orbital dynamics still helps guide Iridium, and the company hopes to launch its own constellation of 40 Earth- and space-observing satellites. But KinetX also spends time in NASA’s orbit. The company has provided navigation for missions ranging from MESSENGER, the first mission to orbit Mercury, to New Horizons, which flew past Pluto in 2015.

“We can help design the right trajectory to get to the objective and be able to collect the kind of science that the scientists want to collect,” Vedder said.

Orbital — which has around 60 locations nationwide, five of them in Arizona — moves in the same circles as KinetX. Its Gilbert facility makes satellites, including Iridium’s NEXT generation, and its rockets have both helped defend the U.S. and launched NASA’s lunar dust experiment, LADDEE, to the moon.

Such connections — with NASA, with Iridium — create niche markets that attract talent and opportunity. Walt Everetts, vice president of satellite operations and ground development at Iridium Communications in Chandler, says it's about more than satellites; it’s about the places that provide expertise in orbital dynamics, programming, communications — the whole array of local talent that makes the system work.

“People don’t realize how much space industry is based in this Valley. It’s very easy to find talent; there are great colleges, universities, capabilities throughout the Valley that do foster this type of innovative desire.”

“I think the pendulum is swinging, from contraction to expansion, to where hungry, small businesses are trying to change the way space is done," Feehan said.