Author Explores How Far Science Of De-Extinction Could Go 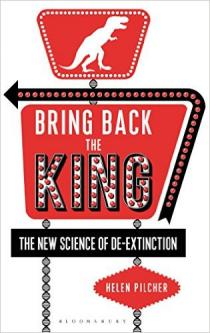 (Photo via amazon.com)
"Bring Back the King: The New Science of De-Extinction" by Helen Pilcher

It turns out scientists are closer now than ever before to bringing back extinct animals.

In recent weeks, it hit the news that Harvard geneticist George Church is just years away from bringing back the wooly mammoth. But it turns out it’s all a little more complicated than the headlines made it out to be.

So, I got a hold of science writer and author Helen Pilcher to talk more about the science of “de-extinction."

She wrote a book about de-extinction called "Bring Back the King: The New Science of De-Extinction," in which she explores how far this could go.